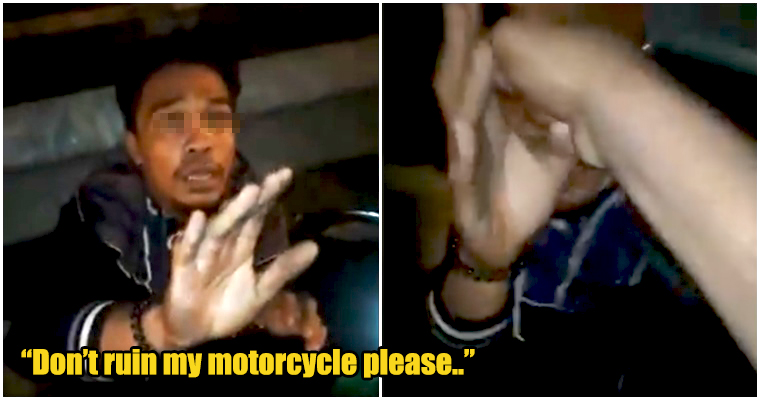 Grab Food riders must have had it real hard eh?

Some riders do Grab because they want to beef up their income while others use it as their sole income. Whichever it is, a rider just can’t do work if their bike were to be trashed. So, when this GrabFood rider’s bike was wrecked by a group of delinquents, the public felt his grief deeply.

A few videos were shared on Twitter by @thatsiameseguy of a Grab Food rider who was clobbered by a group of men who not only left him with unconscious with injuries on the roadside, but they also completely ruined his motorcycle.

According to some alleged witnesses in the replies, a guy from the group of delinquents accidentally crashed into the Grab Food rider and damaged his bike. They started arguing as the GrabFood rider wanted the guy to pay compensation for his bike.

In the middle of the argument, the guy’s phone fell to the road and the GrabFood rider picked it up. Allegedly, the rider was trying to help him pick it up, but the group mistook it for an attempt to steal the phone and started to beat him up.

Unsatisfied with just punching and kicking the man, the group went and destroyed his motorcycle as well. The rider was then left by the roadside, where he was found unconscious by his brother-in-law who came to pick him up. It was mentioned in the thread that the Grab Food driver managed to inform his brother-in-law about the incident during the chaos.

Many netizens were frustrated that the group wouldn’t even let the GrabFood rider explain himself and continued to kick him numerous times. In the video, he even begged them not to ruin his motorcycle.

“You should really let him explain first… stop telling him to shut up.”

“You told him to shut up, but then you hit him… That’s so stupid.”

That said, the narrative above has not been verified, and there are various theories on what happened. Either way, violence should not be our first resort to resolve misunderstandings. We hope that the rider is recovering, and he’ll be able to continue doing his deliveries somehow.

Also read: M’sian Shares How He Studied 8 Years For PhD But Can’t Find a Job, Delivers GrabFood to Be Independent 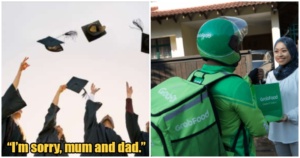