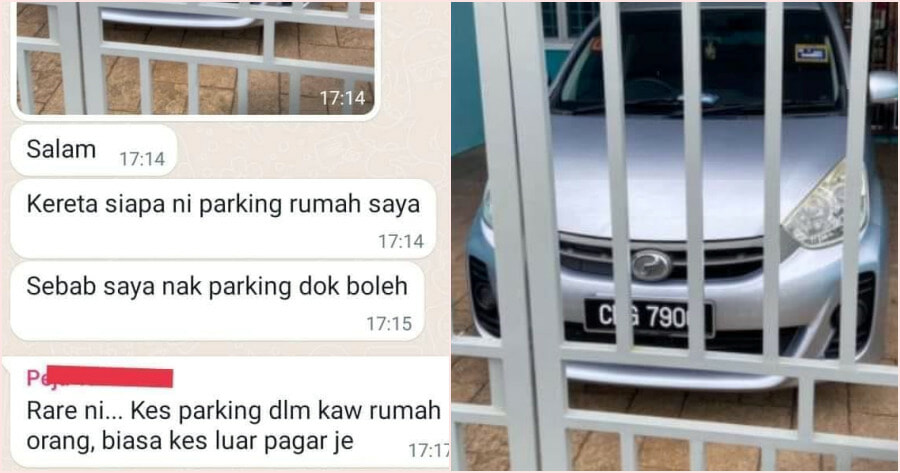 Whenever it is something interesting to do with cars, chances are that it’s a Myvi. Considered as Malaysia’s iconic national car, it has been found in some of the most random places such as the streets of Scotland and even a graveyard!

But what would you do if you discovered that a random Myvi has somehow ended up in the porch of your gated house?

In a screenshot which has gone viral, a Malaysian took to his community’s WhatsApp group to share a picture of a random Myvi. 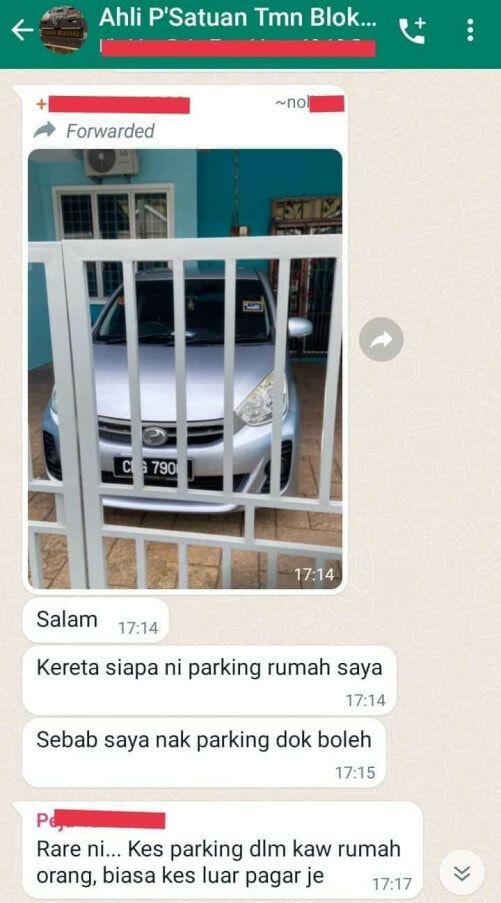 The message accompanying the picture of the Myvi reads, “Salam. Who parked their car in the parking spot of my house. Because I can’t even park.”

In the screenshot of the conversation, a member replied, “This is rare… a case of a car being parked in the porch of someone’s house, normally it’s parked outside the gate.”

The screenshot of the conversation has gone viral on social media and netizens have expressed their anger and displeasure over the car owner’s reckless actions.

Some even considered the action as invading someone else’s property and said that the house owner should take action against the owner of the Myvi.

“Lock the gate, deflate the tyres and leave your phone number for the owner to call and apologise. Inform them politely that next time you will not hesitate to have the car towed to the police compound,” said one user. 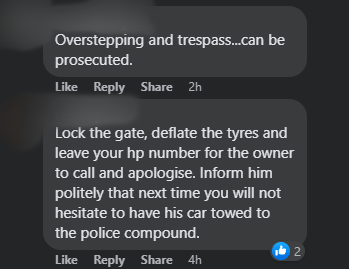 Meanwhile, some users tried to look at it in a more positive light. “Let’s assume well… maybe the owner of the house haven’t returned home from their kampung so a neighbour put their car there so that burglars would think that someone is home.”

“Went back to the kampung for too long… thankfully the neighbour was observant and helped to park their car there to make it seem like there is someone home,” commented another user.

What would you do in this situation? Let us know in the comments. 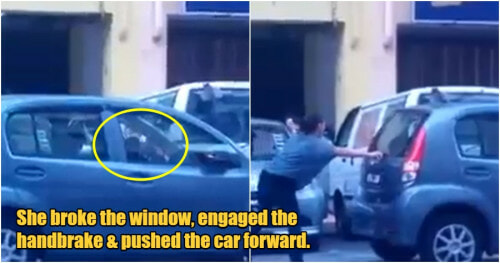