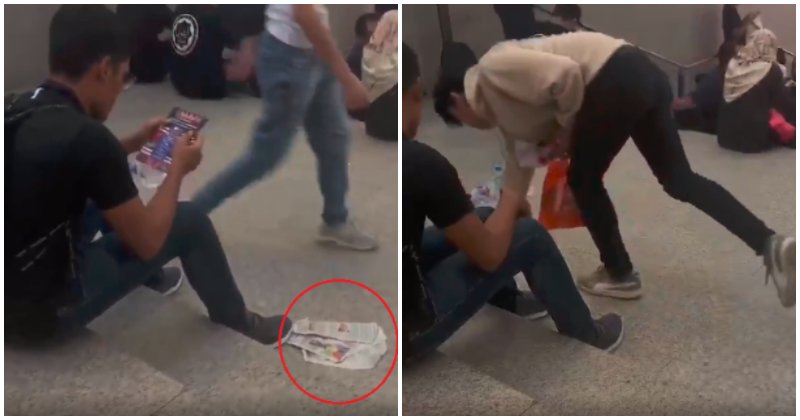 Has it really have to come to the point where people have to take to Twitter to show us how to pick up trash? Because that’s what we’ve come to.

Durk (@itsjustniel) posted a video on his Twitter account, in which he and his friend were sitting at a staircase in the upscale mall, Pavilion. The staircase was considerably crowded and trash was just littered everywhere. Empty plastic bottles and pieces of papers were scattered all around while everyone just minded their own business.

At one point, Durk’s friend; unable to stand the sight any longer, stood up and started picking up the trash while the others just looked on.

location @ pavilion, where are the manners yall pic.twitter.com/jwPJzdYAqh

Durk captioned his video with, “Location @ Pavilion. Where are the manners?”

Once Durk’s friend’s hands were full of trash, he found a rubbish bin and discarded the trash, ending the video with a powerful message, “Humans need to clean the earth. NOW.”

Upon watching the video, netizens decided to share their own experiences of cleaning up after others, though the reactions they got from the general public seemed to be worse than just stares.

This comment goes, “There was this one time I cleared a table at a KFC in Johor Bahru, people were staring at me and one of them said it’s not my job to clean it, it’s the worker’s job. I kept cleaning, and he proceeded to whisper something to his wife and they both laughed at me.” 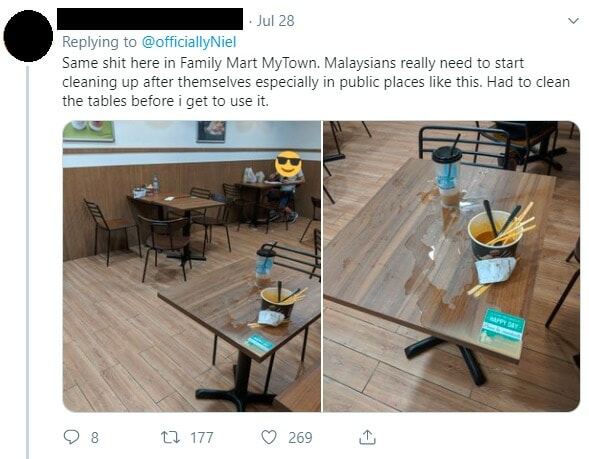 This comment says, “Same thing here at the FamilyMart in MyTown. Malaysians really need to start cleaning up after themselves, especially in public places like this. I had to clean the tables before I used it.”

It seems many Malaysians do not understand the fact that at fast food joints like KFC and convenience stores like FamilyMart, there is no ‘table service’ where the staff has to clean up after you. Fast food places are considered self-service, in which customers obliged to clean up after themselves.

But not only do Malaysians choose not to clean up after themselves, they make fun of the people who do, which makes it even more infuriating.

Why would anyone stop someone from doing something good?

Durk’s posting has since garnered over 13,900 retweets.

Also read: Viral #TrashTag Challenge Gets People to “Gotong-Royong” and the Before & After Photos Are Impressive! 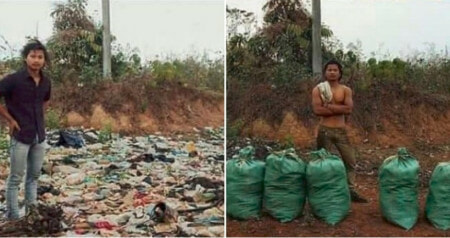