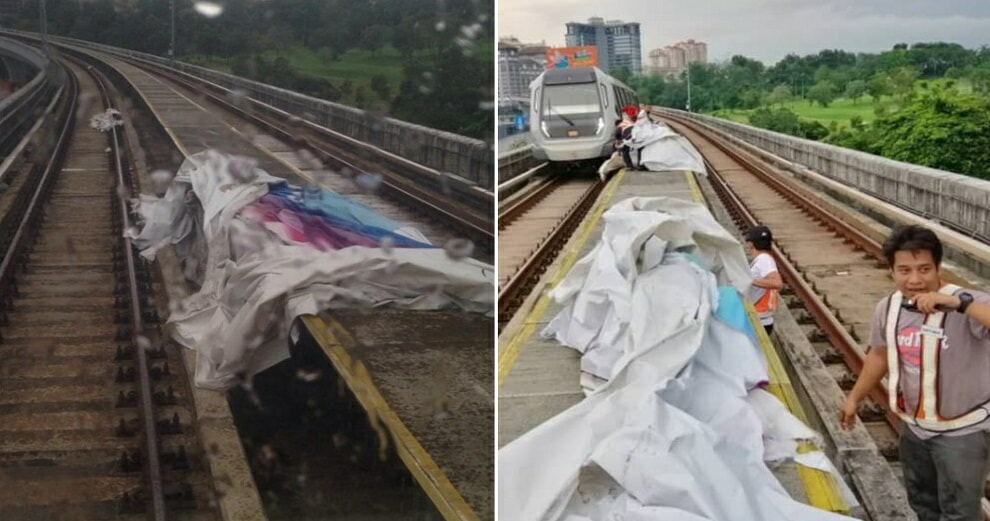 If you’re thinking of catching the MRT home today (15th October), you might want to consider alternative transport!

According to a post just an hour ago on RapidKL’s Facebook page, a canvas attached to a nearby billboard flew off and fell onto the tracks between the Phileo Damansara and Pusat Bandar Damansara stations.

MRT Line Update : Technician found an advert canvas flown onto the track and caused clogging. Debris removal is in…

The fallen canvas reportedly caused clogging, leading to the tracks getting flooded with rainwater not long after that. Luckily, repair works were carried out to clear the tracks about half an hour ago (5.45pm), but 15-minute train delays are to be expected.

According to RapidKL’s announcements on Twitter, the trains will be moving slower than usual and stopping longer at platforms due to the ongoing repair works today. As a solution, RapidKL has provided a list of alternative shuttle bus routes to get commuters to and from the Phileo Damansara, Semantan, and Pusat Bandar Damansara stations.

MRT Line Update : Technicians clearing the debris from the track. Please expect another 15 minutes for train service to resume. We appreciate your level of patience. Follow updates.

Here are the buses you can use; 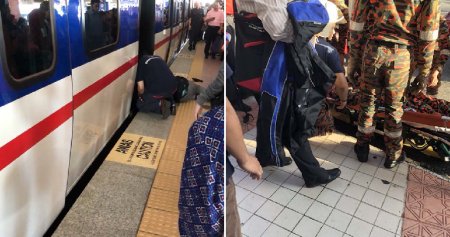