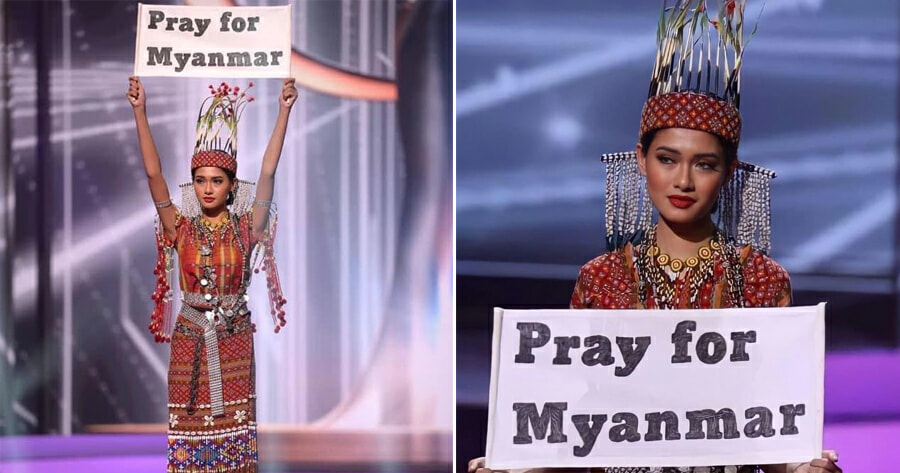 However, there was something different during this year’s competition, which was held at Seminole Hard Rock Hotel & Casino in Hollywood, Florida, United States.

During the National Costume segment where contestants were given the chance to showcase extravagant costumes which represent their respective countries, several beauty queens used the platform to deliver powerful messages to the world.

One of them was Miss Myanmar, Thuzar Wint Lwin, also known as Candy Thuzar. 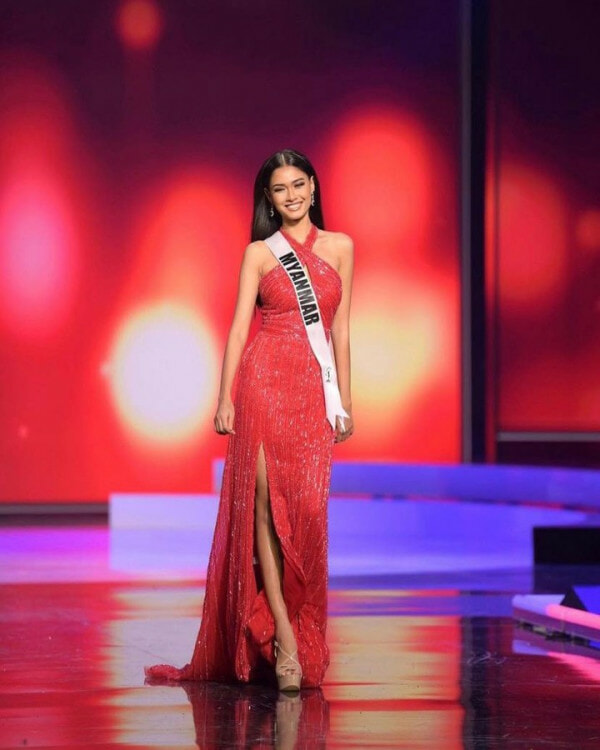 Candy in an outfit provided by the miss universe organisation after losing her gown in her missing luggage.

With Myanmar currently going through a military coup since February 2021, Candy had to disguise herself when she left Myanmar for the United States. The 22-year-old said she decided to wear a hoodie and glasses so she wouldn’t be recognised at the Yangon airport.

“I had to pass through immigration and I was so scared,” she said in an interview from Florida, reported NY Times.

Upon arriving in the US, she was told that her luggage that contained most of her pageant outfits, including her national costume, was missing.

But with the help of the Chin community in Atlanta, Georgia, Candy was able to get her hands on one of Myanmar’s ethnic costumes, specifically attired by Chin women at traditional ceremonies, just in time for the National Costume segment. 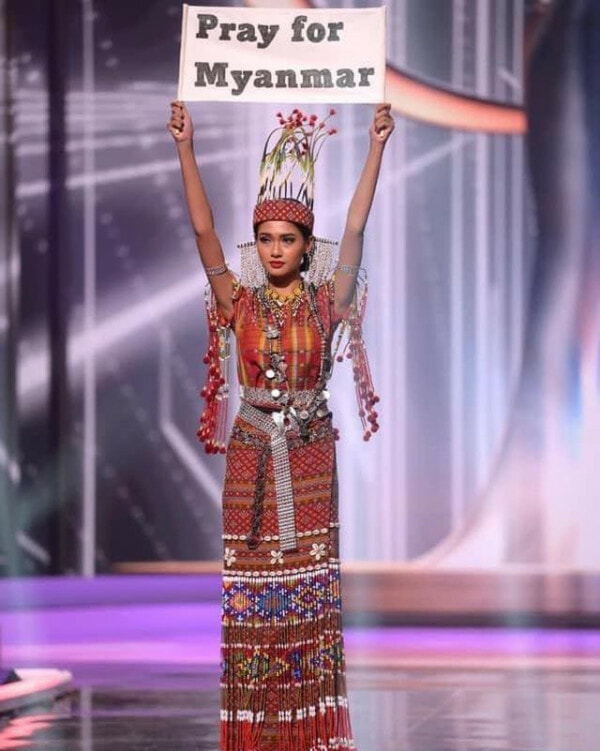 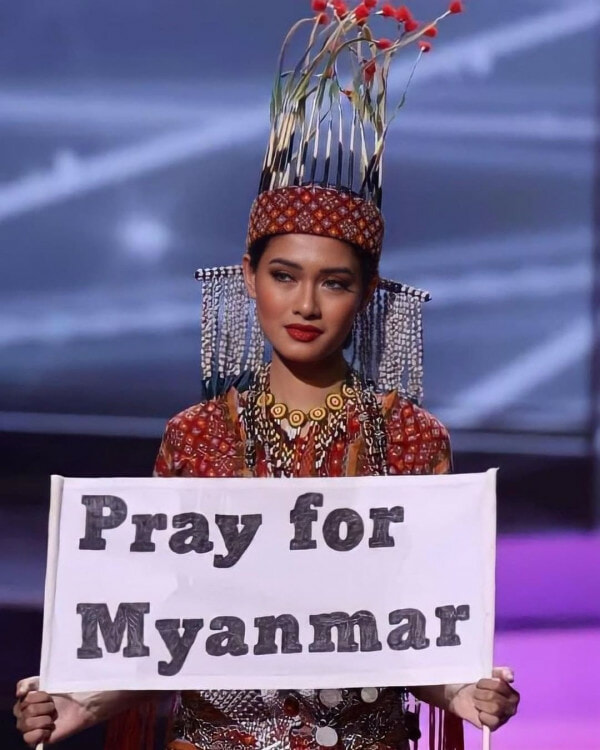 She walked the stage gracefully in her national costume and flashed the words “Pray for Myanmar” in front of the world. Her costume was seen as simple, yet held a powerful message on behalf of her nation.

Candy was then announced as the winner of Best National Costume!

Candy has been actively involved in the protests against the military coup in Myanmar. She has joined demonstrations and has walked the streets holding signs to express her opposition to the military government.

“They are killing our people like animals,” she said in an interview before leaving Myanmar for the competition.

“Where is the humanity? Please help us. We are helpless here.”

“The soldiers patrol the city every day and sometimes they set up roadblocks to harass the people coming through. In some cases, they fire without hesitation. We are scared of our own soldiers. Whenever we see one, all we feel is anger and fear.”

Now, Candy believes it will not be safe for her to return to Myanmar after speaking out against the military government and does not know where she will go after the pageant ends.

Meanwhile, another contestant who delivered a powerful statement to the world was Miss Singapore, who donned a red and white costume with the words “Stop Asian Hate”. 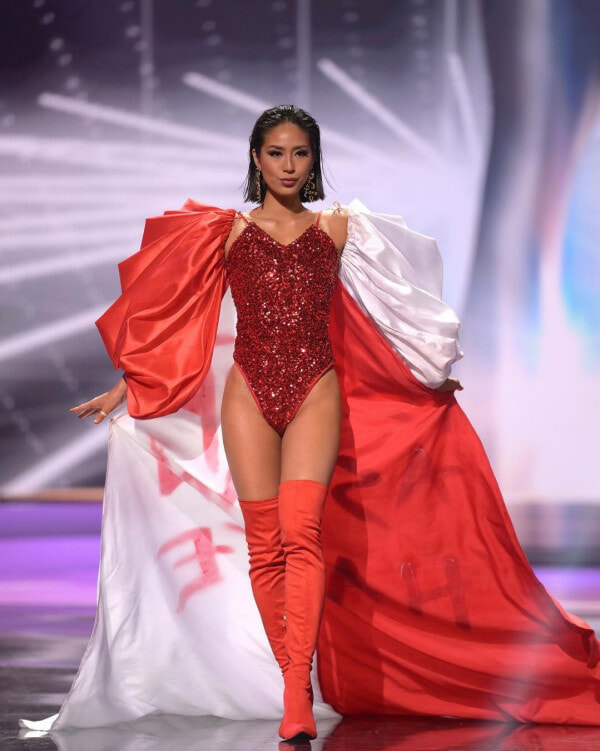 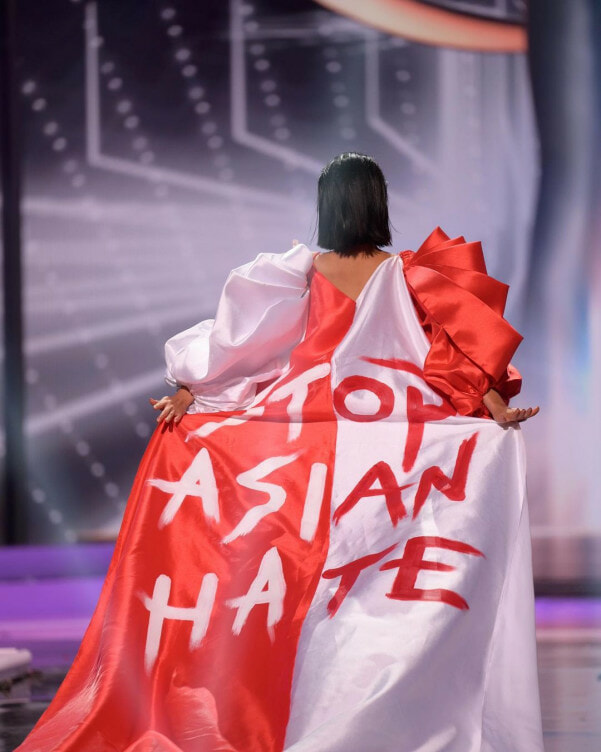 Also read: Burmese Actor-Model, Paing Takhon, Has Allegedly Been Detained By The Military