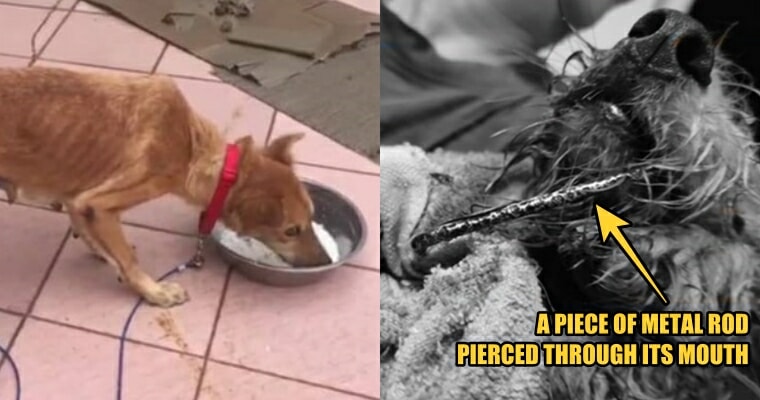 A woman from Senadin, Miri, was recently exposed with abusing her 11 dogs at home, which included two 1-year-old dogs, and nine other puppies. Two dogs were locked up in a 2ft x 3ft cage, and they were always starved by the cruel owner.

According to See Hua Daily, these dogs were so starved that they bit the cage to the point where a piece of the metal fell off. Even so, the owner used strips of metal wire to tie up the spot where her dog bit off. She did not let her dogs out of the small cage, and she only fed them a minimal amount of food. We guess it was only enough for the dogs not to die. 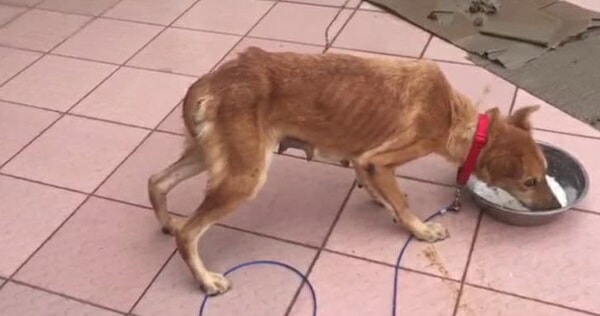 It was until the night 22 October, a piece of the metal rod from the cage pierced through one of the dog’s mouth! OMG. The woman called one of her friends (who’s allegedly an animal lover) for help. Her friend came over to her place to check out the situation, only to find out how poorly these dogs have been treated. The friend did not have the proper tools to remove the metal rod from the dog’s mouth. Thus they resorted to calling the Fire and Rescue Department. 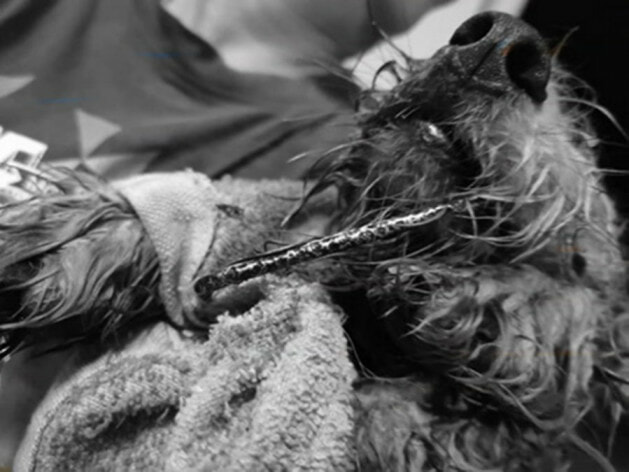 After the bomba snipped off the metal rod, the woman’s friend brought both of her dogs to the vet so that the metal rod can be appropriately removed from its mouth. It turned out that there’s more than a piece of the metal rod because the vet found two strands of metal wires stuck inside the dog’s throat.

Now you must be wondering, didn’t we mention ELEVEN dogs?

Apparently, the female dog gave birth to nine puppies, which the owner allowed to roam around freely. By “freely”, we mean running onto to the streets to get run over by cars. Some of the puppies also died by falling into the drain! WTF HUMAN.

All the dogs (and puppies) were extremely malnourished, and they were left to breed multiple times. This abuse case had been reported to the police and the Department of Veterinary Services in Miri on 23 October, in hopes that these sick dogs can be taken away from the heartless woman.

We hope the dogs get taken away from the woman ASAP. It’s even better to let them be adopted by people who will genuinely love them. 😩

Also read: Nilai Dog Was Mercilessly Abused for A Year, Torso Almost Severed From Being Tied with Metal Wire 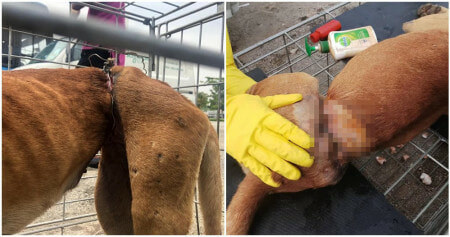