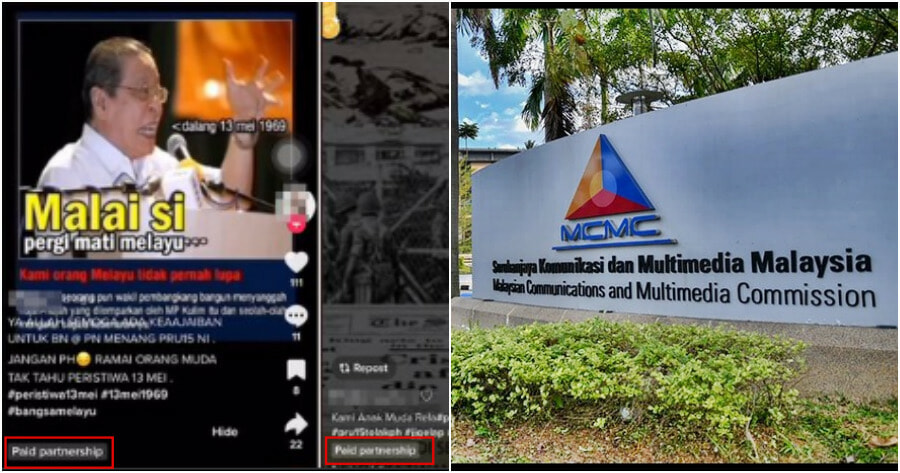 Over the past few weeks, there has been a hike in the number of videos on TikTok of users calling for a repeat of the 1969 May 13 race riots.

Seeing as how dangerous this could be, both the police as well as the platform themselves have taken extra steps in order to limit the spread of such videos.

However, it has also been reported that some videos were flagged as ‘sponsored content’ as they had a “paid partnership” label on them. This means that it was paid for either by somebody or an organisation. 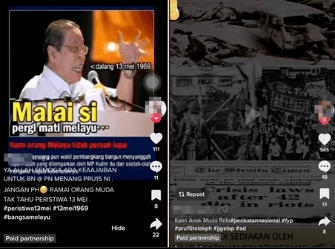 It is unclear on how TikTok had allowed such paid content to run on its platform seeing as how it incites hatred and anger, however, according to a statement by the Malaysian Communications and Multimedia Commission (MCMC), TikTok’s management have been called to respond.

In MCMC’s statement they stated that they are working with the police to call up TikTok’s management so that they could provide an explanation immediately.

“The spread of provocative content to cause disharmony, hatred and prejudice are an offence under the Penal Code (Act 574), and will result in a penalty, jail sentence or both if convicted guilty,” it added.

MCMC also said that spreading such content was an irresponsible act and could cause disharmony, friction and hatred especially in the context of race and religion.

“The MCMC and PDRM will continue in its efforts to prevent the circulation of such videos which can threaten public safety.”

We hope that the spreading of such provocative videos is stopped immediately. 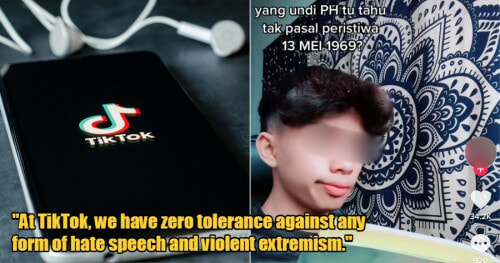