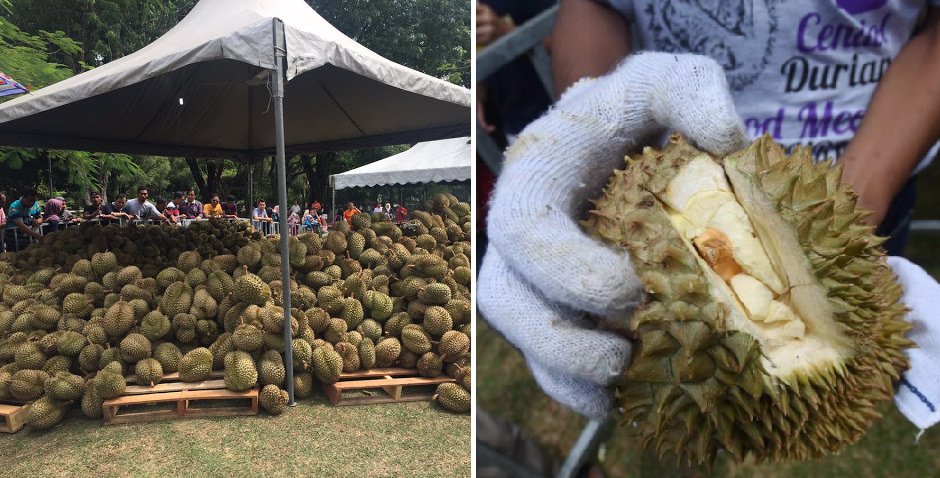 Last weekend, Malaysia was supposed to have the biggest durian festival ever with the ‘Kendurian Makan Sampai Pengsan’ taking place at Dataran Merdeka.

Many Malaysians were eager to feast and couldn’t wait for the special weekend to come. By paying only RM19 for adults and RM15 for kids, durian lovers could indulge in the delicious king of fruit all day long.

Unfortunately, as people filled up Dataran Merdeka on August 5, the organisers had to cancel the event due to unripe durians! 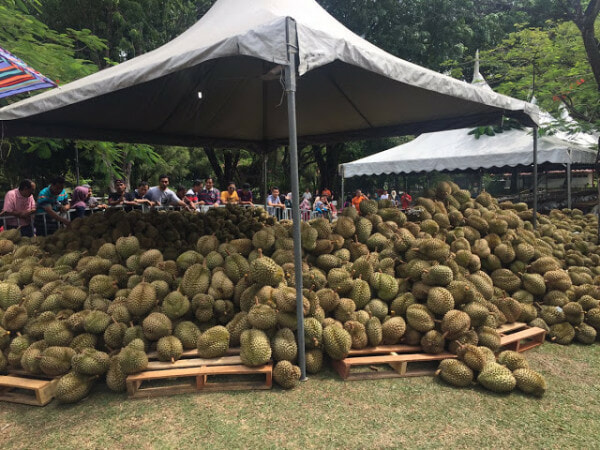 About 200kg out of the 15 tonnes of durians at the field were ripe while the rest were just inedible, NST reported.

Of course, many lovers of the thorny fruit were utterly disappointed by the unforeseen outcome as they had travelled to the city centre just for the event.

Mohd Ridzuan Abas, 40, had brought his wife and 4 children all the way from Banting to Dataran Merdeka just for this special event.

He told NST that his family truly loved durians.

“I asked the organiser what happened and they said that the durians were not yet ripe. I took a day off from work today just to bring my wife and kids to eat durian, as they love the fruit so much.”

It was worse for 46-year-old Grace Yong and her sister who literally flew in from Sibu, Sarawak just to enjoy this festival.

“I really wanted to see what a durian festival is like as there is nothing like this in Sarawak. So, we bought flight tickets to come here for a holiday so that we can join the all-you-can-eat durian event.

“We arrived here from our hotel in Kuala Lumpur about 9.30am and queued for two hours before the organiser announced that there is a problem with their durian supply.

“Disappointed is really an understatement.”

The event manager, Firdaus Abdullah explained that they had no choice but to cancel the event as they did not want to come off as frauds to paying participants.

“If we let the festival go on, it is akin to cheating the customers. It would only create a much bigger problem.

“We really apologise. The durians we received this morning were not what had been promised by our supplier.” 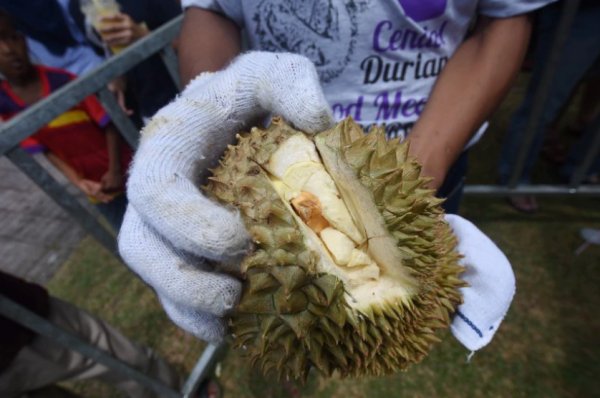 So, to at least cover up their losses, the organisers decided to sell off all their durians at only RM12 per kilogram!

Siakap Keli reported that Farid Hilmi, 26, who is also from the organising team had told the press that it was their only option left.

“We have tried waiting for the fruits to ripen but even then, they still did not ripen fully.

“Hence, we have discussed with all the staff and came to the decision to sell off the durians at only RM12 per kilogram to cover off the total cost of RM200,000.

“Before selling the durians, we have explained to the customers that these durians aren’t ripe. We do not want any issues to come up regarding selling unripe durians to customers.”

The sale began at 7pm on Sunday and ended at midnight. Wah, lucky people who actually got to buy those durians at such a low price! Really ‘durian runtuh’.

Also read: IKEA Malaysia is Having a Crayfish Buffet Dinner Party for as Low as RM50! 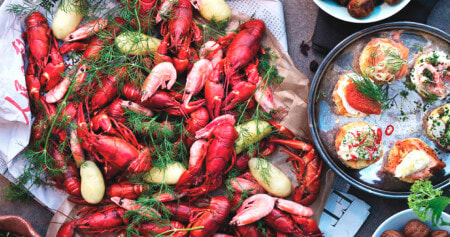