It is now the month of August which means that we will be celebrating our national day soon.

Many national flags were seen next to roads, hanging from the walls of business premises, and there are even some flown in residential areas.

Some flags on the road near the Malaysian Tourism Centre (MaTiC), however, were recently cut and vandalised by an unknown man with a pair of scissors. 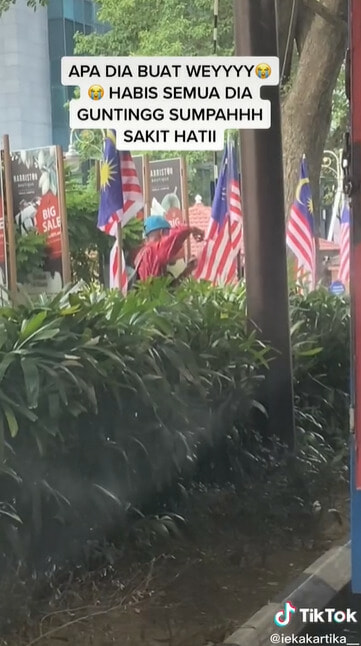 At the time, TikTok user Ieka Kartika was on that stretch of road in a car and managed to record the man’s doings.

In the 30-second video that has gone viral with 1.2 million views, we see a man wearing a red shirt going to each flag planted on the ground. 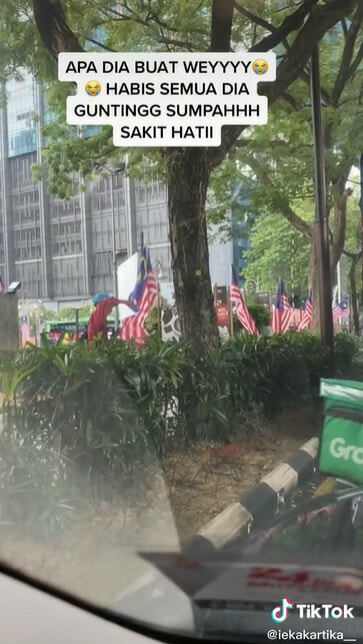 He had scissors in his hands and cut the flags in half before moving on to the next. According to the video’s caption, someone asked him to stop cutting the flags, but instead of stopping, the man scolded the person in return.

The man’s actions angered many netizens, so they kept tagging PDRM’s TikTok account in the comments section.

A day after the video was posted,  DBKL said in a Facebook post that they managed to catch the perpetrator and he will be sent to the Dang Wangi police station. 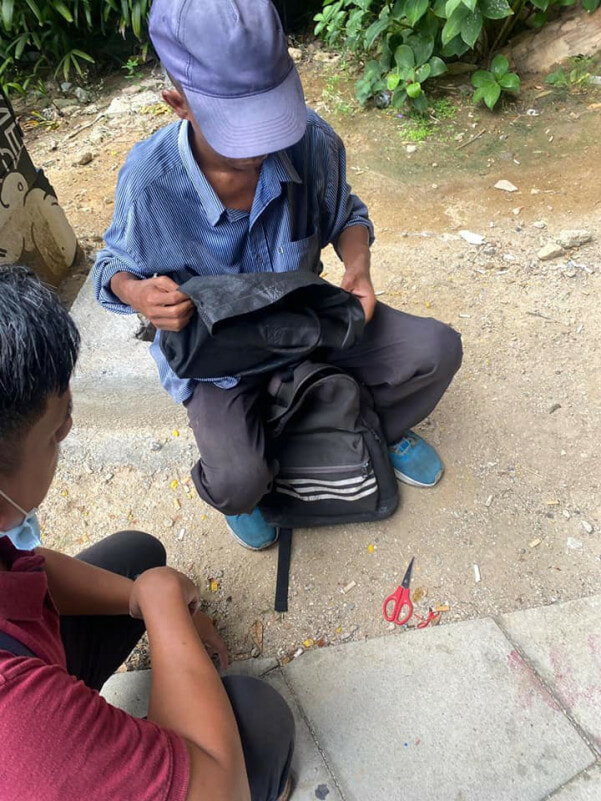 We are all wondering what was his motivation for? 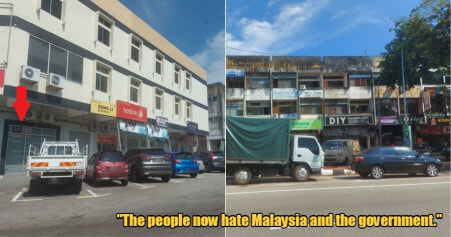