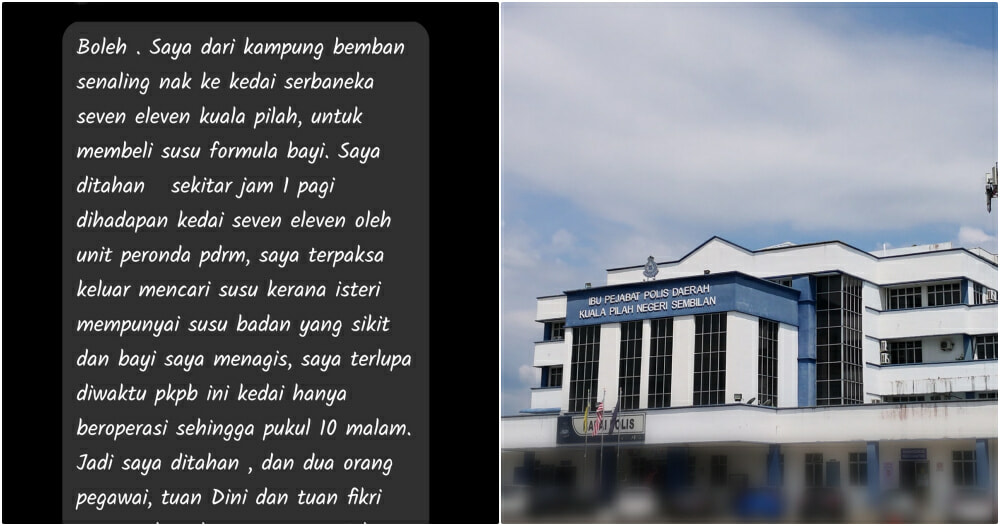 “Not all hero wear capes” is an appropriate sentence to describe a touching story that has been circulating around Facebook.

Through a posting on the Kuala Pilah District Police Headquarters (IPD) Facebook page, they shared a screenshot message from a man named Zul Hilmy. Through the post, they shared how the man expressed his gratitude and highest appreciation to the Kuala Pilah district police MPV branch for the police officers’ kindness who helped solve his problem.

According to Zul Hilmy, on November 24, his 1-day-old son was starving because his wife had a problem and couldn’t produce enough breast milk.

Like any other father who would react seeing his child cry in hunger, Zul Hilmy left at 1am to buy formula milk for his baby. Arriving in front of the 7-Eleven store, he found that the shop was closed and at that time he just remembered that during CMCO all business activities and operations were only allowed to be open until 10pm.

While in front of the store, Zul Hilmy happened to bump into MPV members who were patrolling around the area at that time. He then explained to the MPV members of his situation and the reason why he was outside of the house at that hour during the CMCO.

Luckily, after listening and understanding Zul Hilmy’s situation, the MPV NS 96 officers invited him to the Kuala Pilah IPD residential area and gave him the formula milk for his baby for free.

When World of Buzz contacted Zul Hilmy, he said that his message to IPD Kuala Pilah was to tell the IPD staff of their officers who are noble, kind and willing to help the community at any hour of the day. 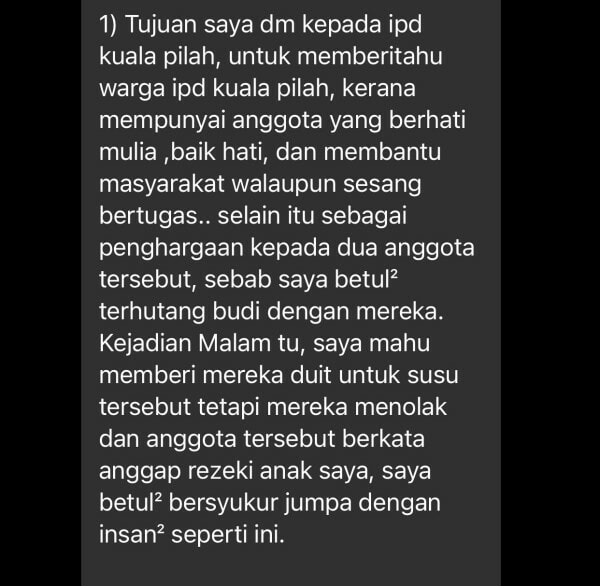 “Besides, that is also a tribute to the two officers, because I really feel indebted to them. That night, I wanted to give them money for the milk, but they refused to take it and said think of it as my son’s luck. I am grateful to meet good people like them.”

Zul also said that he feels overwhelmed and shocked that his message went viral not only in Kuala Pilah but all over social media.

“I hope that it can indirectly help to inspire other officers or the civil servants in Kuala Pilah. I pray that the two officers are blessed by Allah and everything is eased for them,” added Zul Hilmy.

The Kuala Pilah IPD also responded to Zul Hilmy’s message by congratulating him on the birth of his first son, and they hope that this event will be one of the most beautiful memories for Zul Hilmy and his family.

Also Read: “Where are you?” Netizens Are Swooning Over This Good-Looking Policeman From Sarawak 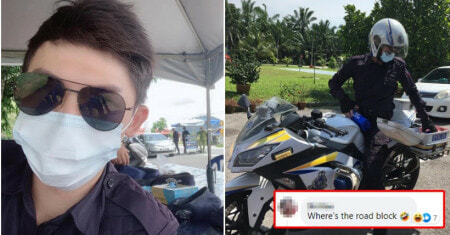