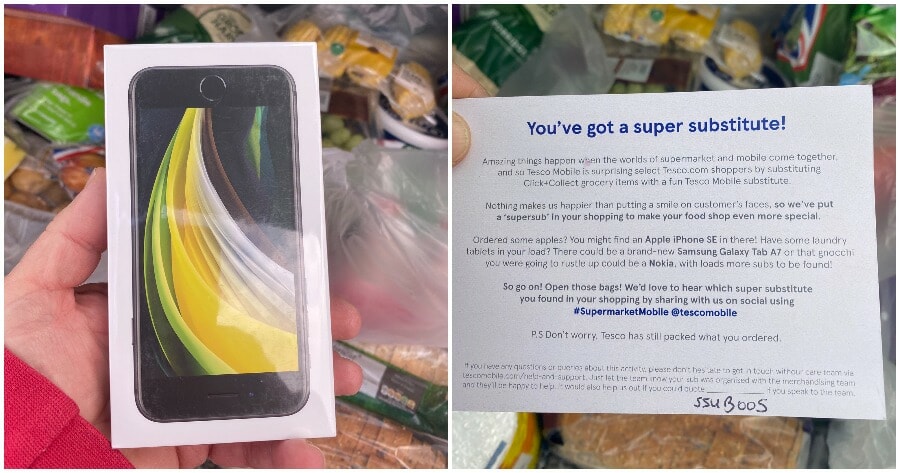 Sometimes we’re scared of buying things online and refrain from doing so because we want to avoid being scammed. But imagine expecting apples to be delivered to your doorstep and ending up with a real Apple iPhone instead! 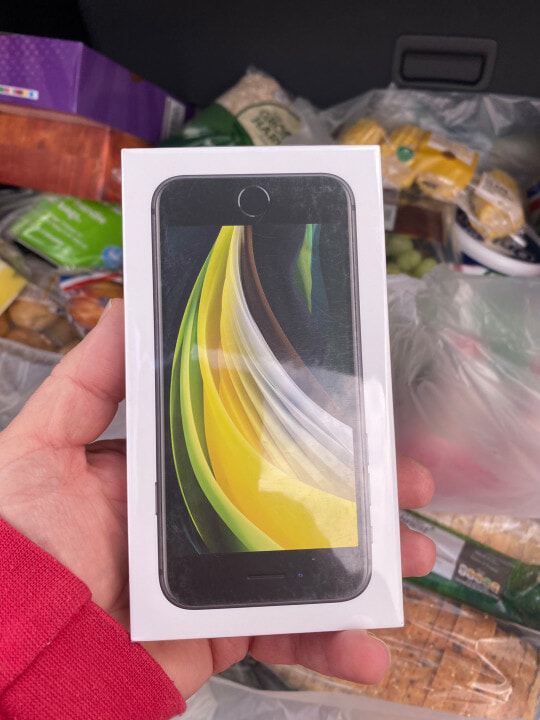 Nick James received an unexpected surprise when he used a click and collect order service by the global chain of supermarkets, Tesco. According to India Today, James included apples in his selection of groceries and ended up getting an Apple iPhone. What a lucky man! 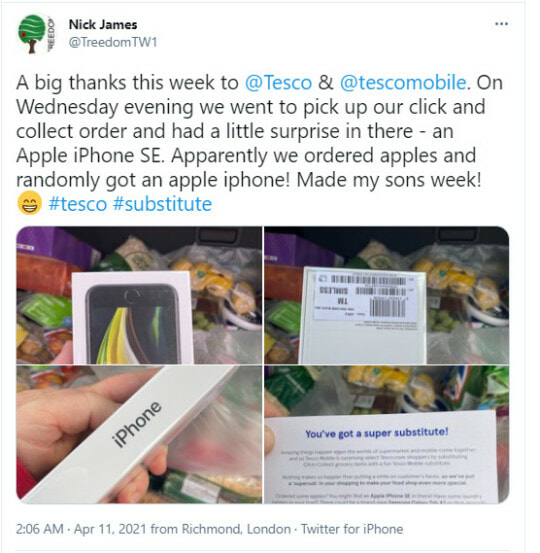 On 11 April, James shared his excitement on his Twitter account saying, “A big thanks this week to @Tesco & @tescomobile. On Wednesday evening, we went to pick up our click and collect order and had a little surprise in there – an Apple iPhone SE. Apparently, we ordered apples and randomly got an Apple iPhone! Made my son’s week!” 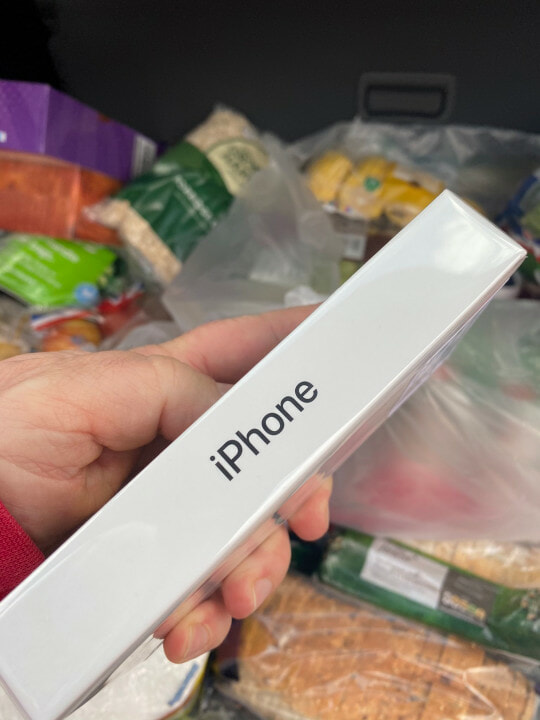 However, this is not the first time Tesco had gave out random goodies to their customers. Another user, Kirsty Marie also received a pair of Airpods in her order as a “supersub” by Tesco.

Tesco left a note with the surprise saying that by placing click and collect the order on the store, customers will stand a chance to win a smartphone or accessories! And those prizes range from an iPhone SE in place of apples, a Samsung Galaxy Tab A7 in place of laundry tablets, and even a Nokia phone in place of gnocchi. 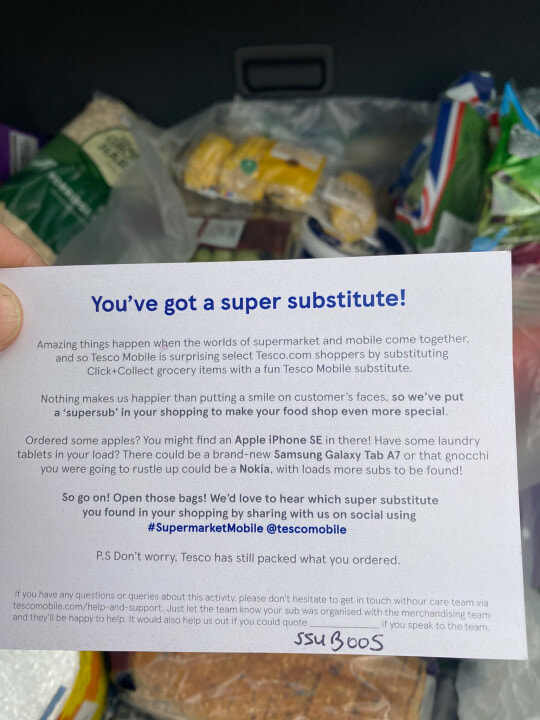 If you’re wondering, James also received the apples he ordered too!

This is the only kind of scam we are more than happy to welcome. 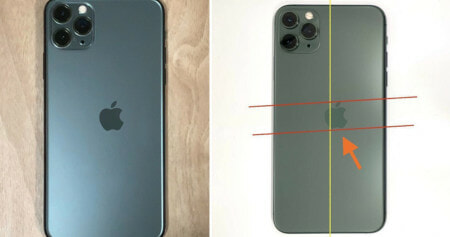