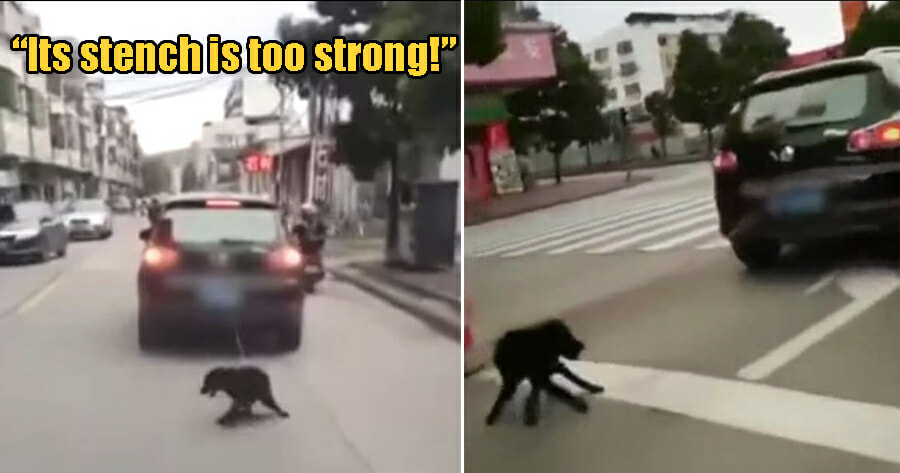 THIS IS ABSOLUTELY ABSURD!!

On 5th June, photos and videos of a driver went viral on social media when he was caught dragging a dog with a rope that was attached to his car.

The man from Guangdong, China, allegedly tied the dog to the back of his car as he drove because the dog’s stench was too strong. According to Bastille Post, this took place on the same day that the man adopted the dog. 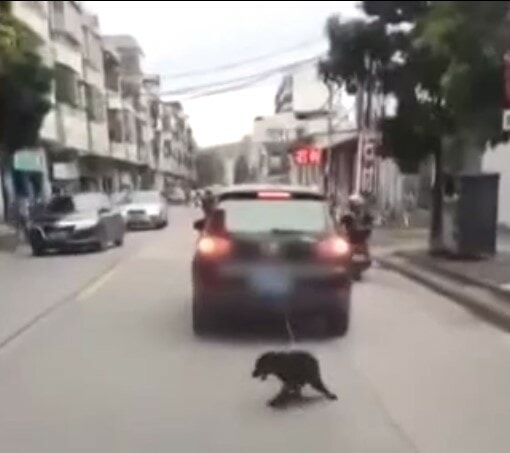 In the video, the black dog is seen lying on the road in exhaustion as the car waits at a traffic light. Soon after, the car starts moving again and the dog is forced to get up and run in an attempt to keep up with the car. But just a few seconds after, it collapses to the ground and is dragged forward as it loses control of its own body. 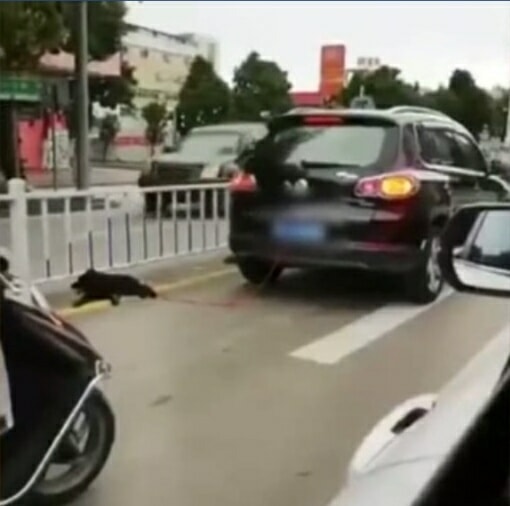 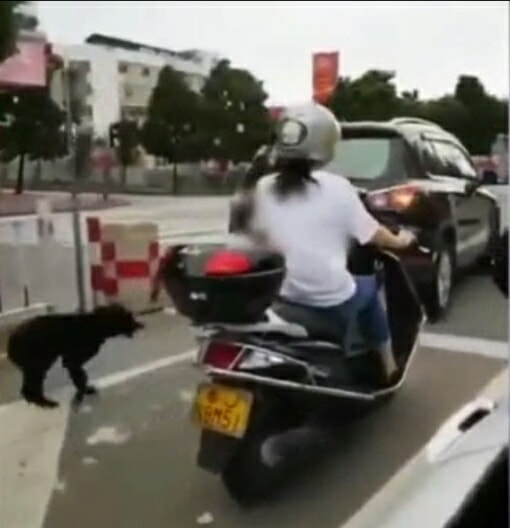 This went on for the whole journey without the man stopping once to check if the dog was alright.

Eyewitnesses who took photos and videos of the incident uploaded the terrifying ordeal on the internet, which sparked outrage among Chinese netizens. They slammed the man for his irresponsibility and cruelty. 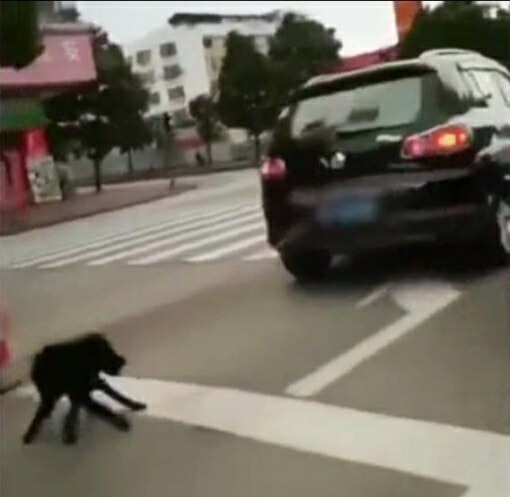 This caught the attention of the police, who questioned the man for his actions. He allegedly admitted to the act and was fined 100 yuan (RM60.20) and given two demerit points for dangerous driving.

Investigations are still being conducted on this case.

My heart shattered to pieces writing this. Hopefully the poor doggy is okay and will find a better home because it truly doesn’t deserve an owner like this. 🙁 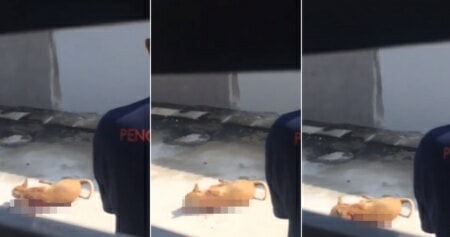