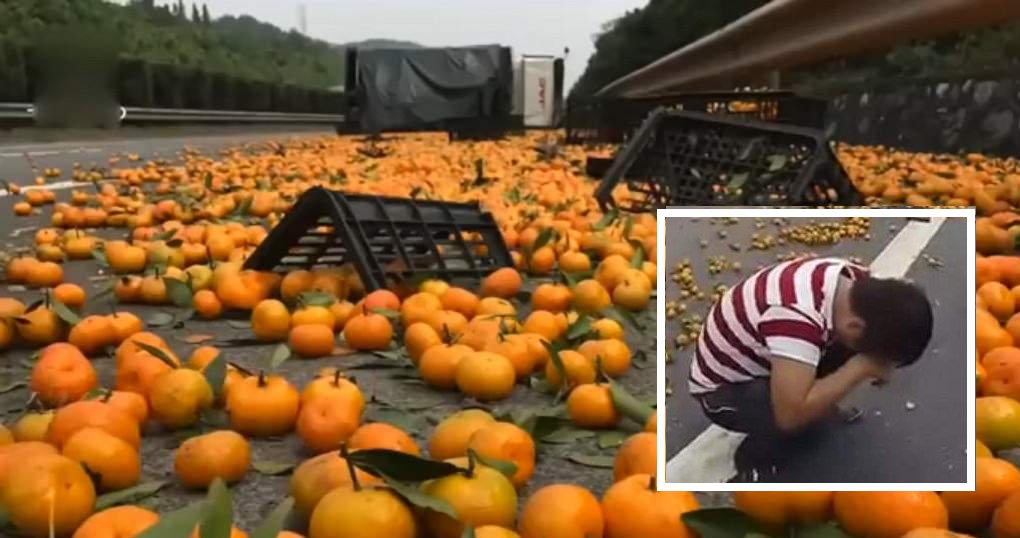 To quote Straits Times who first reported this, “When life gives you oranges, don’t spill them along a highway in China.”

The driver and his nephew were driving along a road in Yichun, Jiangxi province. Somehow during the journey, they lost control of the lorry and they overturned. 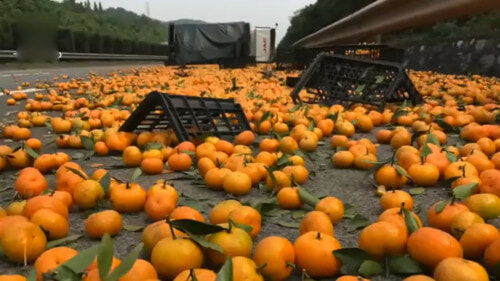 They were laden with oranges worth around RM6,500. So when they tipped over, all of the oranges were littered across the highway.

Then, the kepoh villagers showed up, drawn by the commotion of the accident. However, China being China, they were not there to lend a hand. They saw the oranges and gleefully decided to help themselves to some.

Yes they so courteously picked up this unfortunate man’s oranges for themselves – without any guilt either. 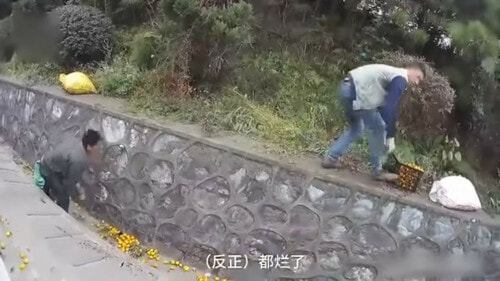 Obviously both the driver and the nephew didn’t like it when their oranges are being stolen, so they tried to fend off the villagers but they just kept on coming.

The villagers also turned on the pair and beat them up. Defeated, the driver sat by the side of the road and just wept until the police officers came on the scene. 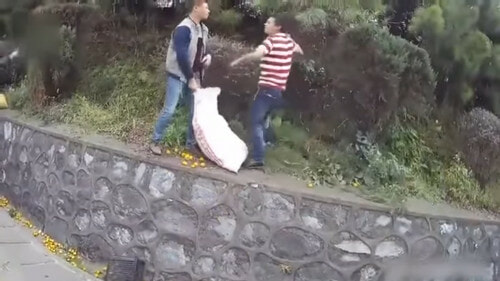 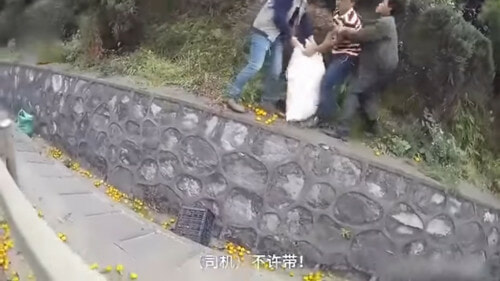 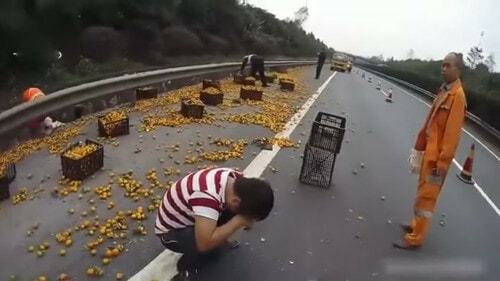 The officers helped the man back up and cleared the area of the looters. Together, they managed to clear up the remaining oranges over the rest of the afternoon.

Later on the driver came forward to the press. He stated that this was his first long distance trip and he had to borrow money to buy the lorry. He also had to wait 5 hours before the tow truck came. The poor guy :'( Talk about bad luck. 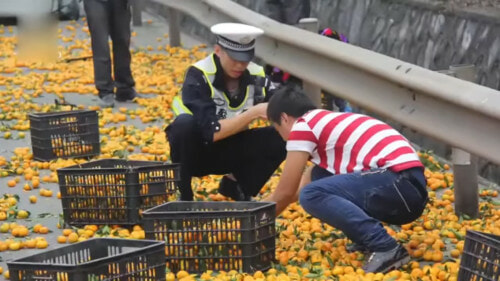 To all Malaysians, orange-you glad this didn’t happen to you?

Watch the video of the incident here;

MUST READ: Girl Kicked Boyfriend’s Balls NINE Times After He Refused To Buy Her Fruits