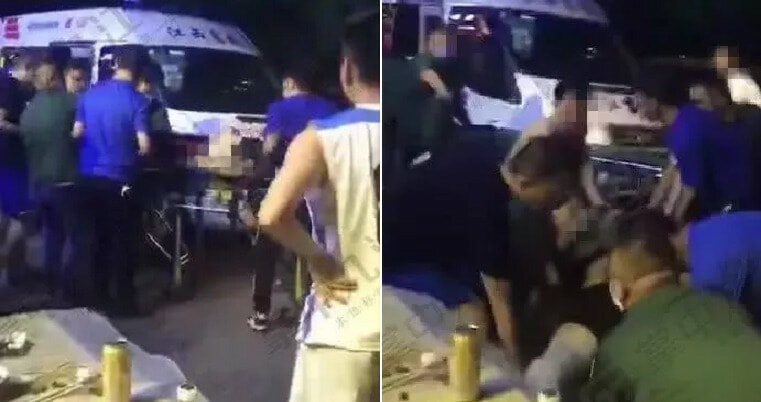 Being active and playing sports to stay healthy is a great idea but do note that you shouldn’t overdo it as this may have the opposite effect and be detrimental to your body. Not long ago, a 48-year-old man who had just finished playing football with his friends suddenly collapsed and died after the activity.

Setn reported that the incident happened at Jiangxi Province, China on 17th July. After an intense football session, the man and his group of friends headed over to a nearby barbecue stall for some food. One of his friends said at that time, his colour looked a bit off but he had not drunk any alcohol.

The man ordered an ice-cold drink and after taking a few gulps, he suddenly collapsed on the ground and fell unconscious. His friends started shouting for help and luckily, there was a doctor at the stall and he went over to start emergency treatment on the man. However, it was too late and the man died. 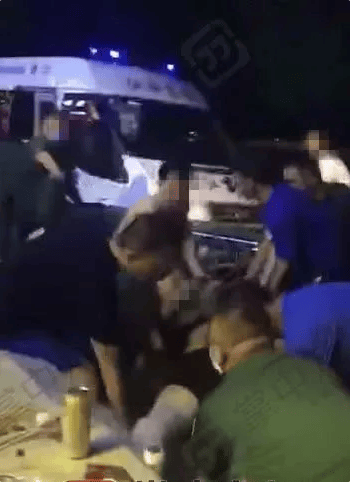 Netizens in China were shocked at this and deduced that it may have been caused by the man drinking cold drinks so soon after a strenuous workout as it isn’t good for the body. While some said that his body might have been overheated from his exercise and the ice water was a “shock” to his system, this was actually not true.

One doctor has come forward to clarify the cause of the man’s death and said that most causes of death after a sports activity is due to sudden cardiac arrest, or related to the brain or even heat stroke. In fact, he said that sudden cardiac death accounts for 80% of deaths that happen after an intense workout and explained that it was not very likely that the “shock” to the system that netizens speculated had killed the man. 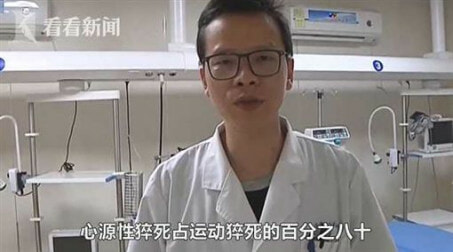 However, it is important to note that you shouldn’t drink ice-cold water after a strenuous workout as it can cause you to feel extra exhausted or experience cramps. According to Spoon University, this is because your body uses more energy sources to heat up the water. Instead, it is advised to drink room temperature or cool water for optimal absorption throughout the body.

Take care of your body guys, and don’t overdo it! 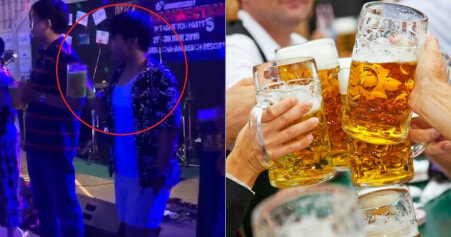