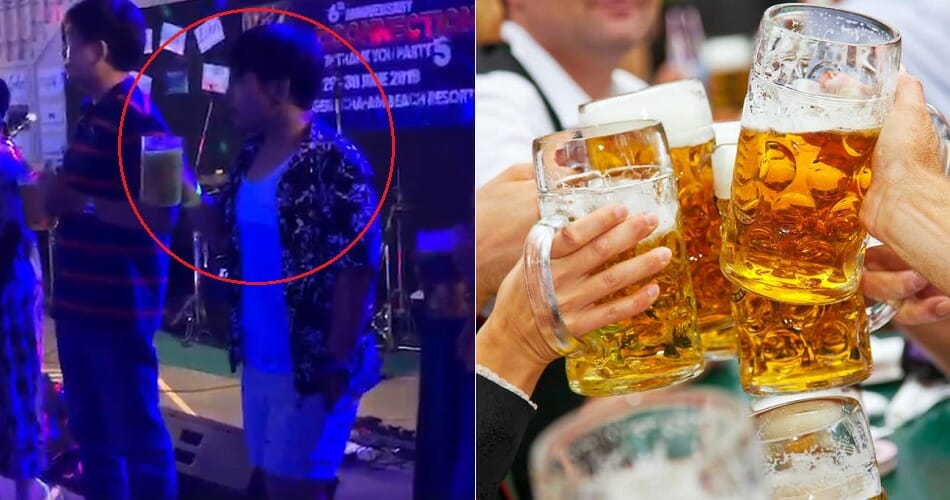 Chugging a pint of beer is a norm at many parties; it’s a game whereby the person needs to chug down a pint (or several pints) of beer as the crowds hype them up. However, this game may be a bit dangerous as one man in Thailand fainted soon after he chugged a pint of beer.

According to Coconuts, a man collapsed face-first after he chugged a whole pint of beer during a company drinking contest, and much to his coworkers’ horror, the man died on the spot. Oh no!

A video of the man and his coworkers chugging beers at the Regent Cha-am Beach Resort went viral all over social media and later prompted an investigation on the matter. In the video, the host asks the contestants to raise their glasses when they have drunk the beer.

The man – who finished his beverage in less than 30 seconds – triumphantly raised his glass then immediately collapsed seconds after that. 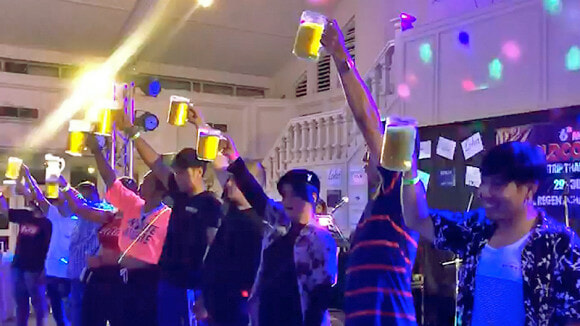 Despite speculation claiming that he suffered alcohol poisoning, provincial Disease Control Department spokesperson, Somsak Laikabohk, said that it was hard to prove if the man actually died from said poisoning. The spokesperson said,

“Yes, he immediately died after drinking alcohol, but there are so many possible contributing factors that we cannot even say that alcohol caused it right now.

“We have to see if the victim was allergic to anything, whether he had any underlying conditions or was drinking on an empty stomach and things like that.”

A netizen who claimed to have witnessed the incident wrote in a now-deleted thread that the man experienced a seizure. Besides that, beer also started coming out of his nose and mouth.

She further shared that the man had already passed away when the ambulance got to the scene. You can watch the video below:

Having said that, we aren’t sure about the amount of alcohol the man had had before chugging his last pint of beer. There was no further information about his health condition and whether or not he had a pre-existing condition.

As of now, the authorities are still investigating the case and more information will be shared later on. I guess we should keep an eye out for more details on the matter.

On that note, the man’s corpse will be sent back to the north of Thailand for his funeral after the authorities have concluded their investigations. That said, we should always keep in mind to drink responsibly so that we don’t end up jeopardising our health and life.

Also read: This Man Drank Beer Every Day Until His Knee Was Swollen With Thick White Fluid 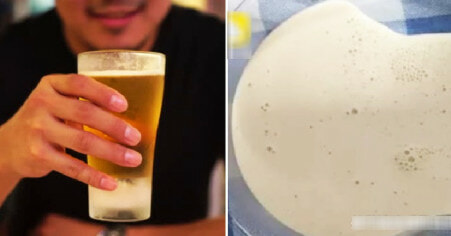