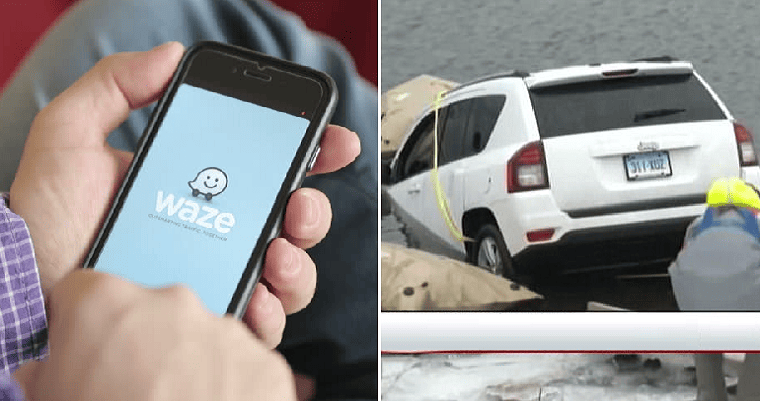 Many of us use popular GPS apps such as Waze and Google Maps while driving and navigating to our destination. While these apps are great for making sure we don’t get lost, you definitely don’t want to blindly follow every instruction it gives you! Use your own judgment lah! 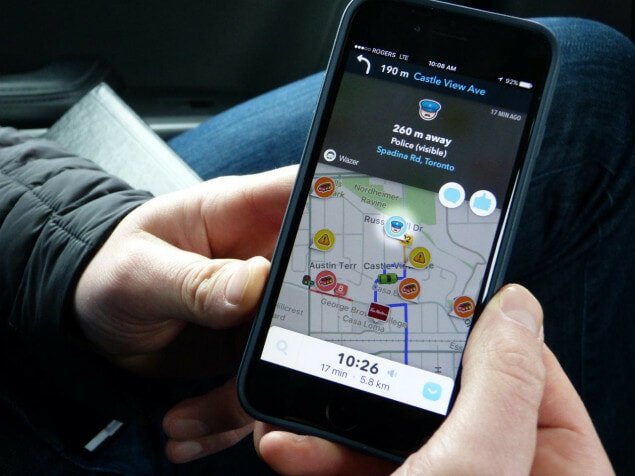 Recently, a man who was using his Waze app while driving with two friends on board did just that and as a result, he accidentally drove the car into an icy lake. OMG! According to Straits Times, the unnamed man was driving a Jeep Compass in Vermont and the trio were unfamiliar with the area.

They had borrowed the car from their friend, Tara Guertin, as they wanted to go on a skiing trip. On January 12, they were heading back to their lodging in Burlington while using Waze to navigate their way. Apparently, Waze advised them to go straight and he inadvertently went down a boat ramp, into the icy Lake Champlain. Uh-oh! 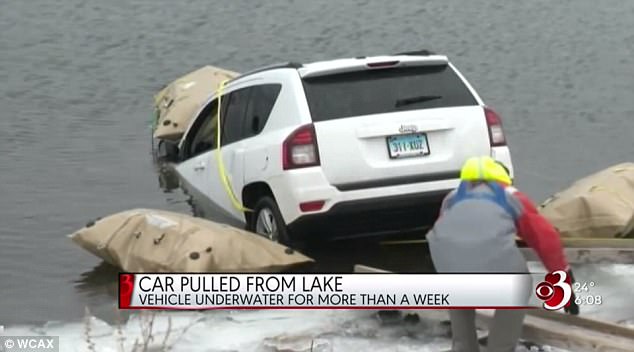 He lost control of the vehicle as it slid on the ice for about 100 feet. However, it was too heavy and the ice cracked, causing the Jeep to sink into the lake. Luckily, the three of them managed to climb out of the vehicle before it sank into the ice and they escaped uninjured.

Guertin was shocked when she received the news and said, “I was speechless. My first thought was, ‘Is everybody OK?’ Because this could have had a very bad ending, and luckily everybody was alright.” The sunken vehicle was pulled out from the icy depths on January 22, after being submerged for more than a week. Only the rear bumper was visible from the lake. 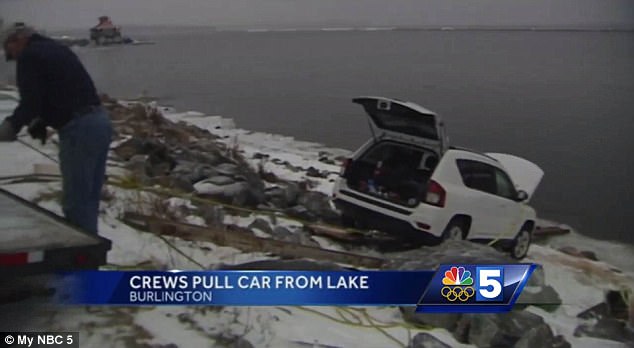 No, the driver was not drunk, as he had underwent sobriety tests and the police officer said he believed the driver “was not under the influence of alcohol or drugs at the time of the incident”. Meanwhile, a spokesperson for Google, the company that owns Waze, didn’t have an explanation for the incident.

She said, “It’s impossible to comment here without seeing the user’s driving file and we haven’t received permission to do so. Generally speaking, Waze maps are updated with millions of edits to adapt to real-time road conditions daily, often making them the most accurate available.” 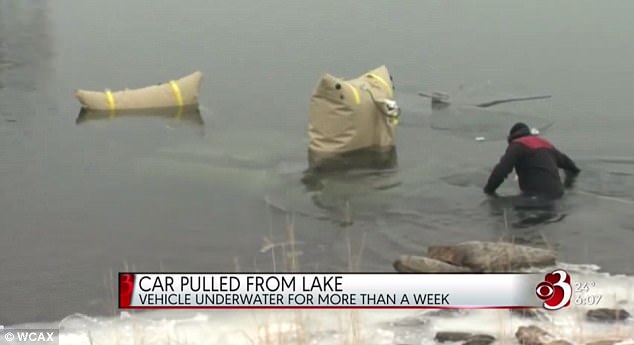 She advised drivers to always be alert and keep their eyes on the road as well as to make use of all the environmental information available to them to make the best decisions as they drive. Okay, thanks!

Lesson of the day: while GPS apps are good, don’t follow your GPS blindly!

Also read: Looking for a Job Near Your Home? Malaysians Can Now Use Waze For That! 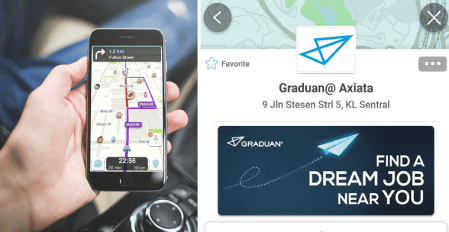