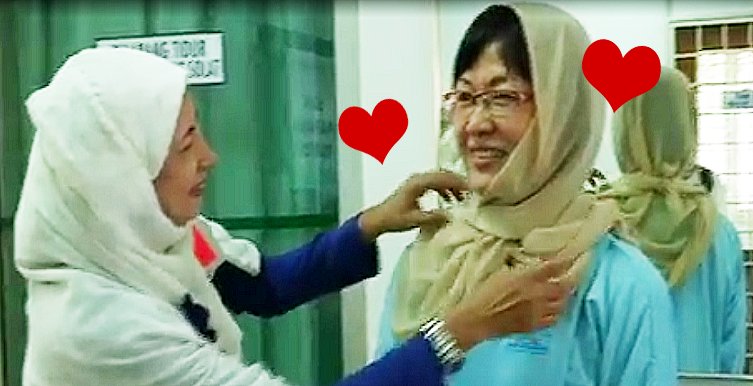 In Malaysia, the mosque has always been perceived as a place exclusively for Muslim for religious purposes. Some even believe that people of other religions are not allowed to enter.

Realising that a mosque is much more than that, Al-Syakirin Bandar Utama mosque in collaboration with Hidayah Centre Petaling Jaya organised a Mosque Open Day (MOOD) on January 15, Astro Awani reported.

The first ever open day of the mosque on Sunday was an effort to bring the Muslims and non-Muslims closer to each other especially among the local community in Bandar Utama.

According to the program director, Jamaluddin Shamshudin, the open day was also aimed at removing any prejudice that non-Muslims might have toward Islam. 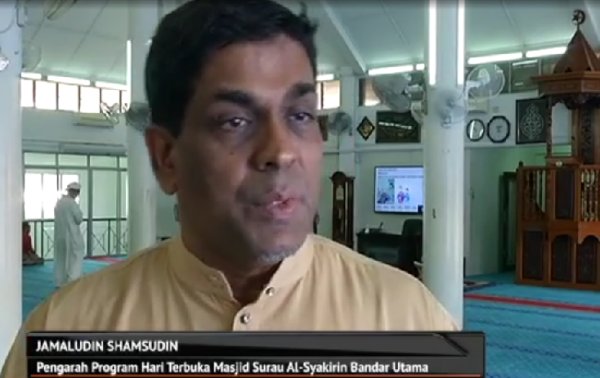 “This is not an effort to spread the religion or to convert anyone into Muslim. We only wanted to introduce the religion, activities done in the mosque to the people so that we can respect and understand each other better. What we want to show the non-Muslim is that Islam is a universal religion with universal values,” said Jamaluddin.

The president of Hidayah Centre Petaling Jaya also said that MOOD could educate Muslims in how to present the religion as a more approachable religion for the non-Muslims.

“Showing the beauty of Islam should not be done among the Muslim community only. Islam is actually an inclusive religion.”

Like most non-Muslims in Malaysia, it was also the first time for deputy president of Buddhist Association Bandar Utama, Tiam Sui An to step foot in a mosque.

“It’s very good because they showed us how to wash our hands, face and legs before we go in. They also taught us how to do a proper 7-point prayer postures and explained the whole structure about Islam. It’s my first time and I find it very interesting because on certain parts, we have similarities. This type of inter-faith activity should be enhanced and organised more frequently,” said Tiam. 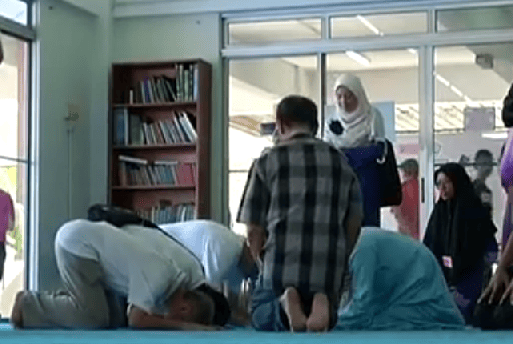 Besides, non-Muslim women can experience first hand on putting on headscarf. There’s also a sharing session with people whom had just embraced Islam. 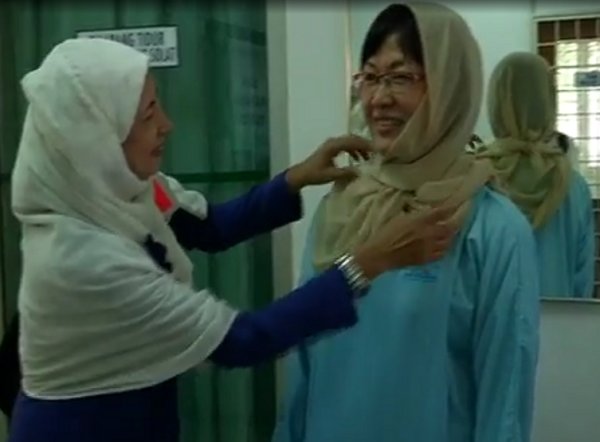 Opening doors to non-Muslim could be the very solution to all the misunderstandings between Muslims and non-Muslims. I’m definitely behind this noble idea of mosque open day. Watchu guys think?