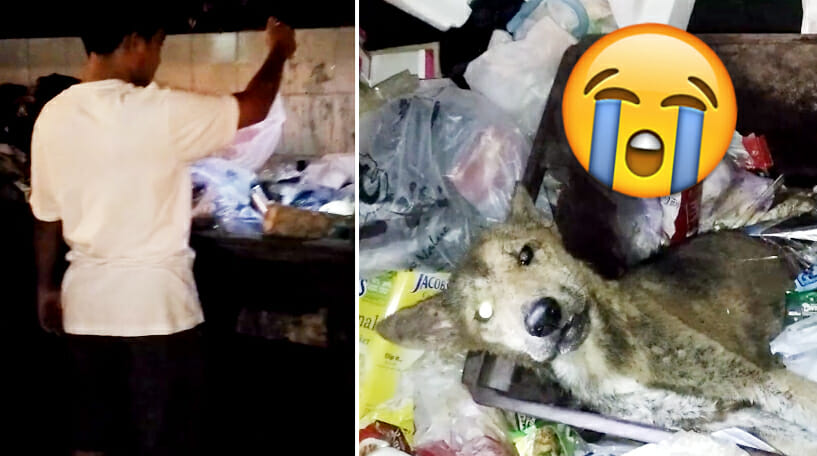 A horrifying video of a dog found abandoned in a dumpster in Penampang was posted by SPCA Kota Kinabalu, and Malaysian netizens are outraged by the cruel monstrous act.

The video shows the poor dog that is clearly distressed and is heard crying in pain as he lies surrounded by rubbish. It seemed like its previous owner or a person has decided to leave the poor dog in the dumpster as it is slowly mauled to death by insects.

In the heart-wrenching post, SPCA writes in first-person point of view from the dog’s perspective. It tells how he was found with a “hole in my buttocks” and how “worms are eating me inside out.”

It’s an act of savagery in it’s highest form. 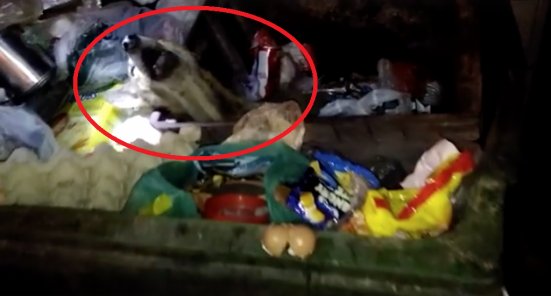 “I try to get up but I can’t. I cry and cry until a man who was dumping his garbage heard me. He got the shock of his life finding me in the pile of rubbish.”

As if fate couldn’t get crueler, SPCA’s caption narrated how the dog was “full of lice, fleas and ticks” as well as “blood parasites”.

“I am an old boy, in pain and suffering. After lengthy tests, they finally decide to let me go.”

“I understand. I am not angry. I am just sad you are not with me.”

“Dear mom and dad. I am now in heaven. For whatever I did wrong to you, I hope you won’t do to another dog what you did to me. I will always love you. Until we meet again.”

Meanwhile, Malaysian netizens have all banded together to condemn such acts from the dog’s owners.

On a serious note, dogs are pure and loveable creatures, but clearly dogs are too good for some of these humans.