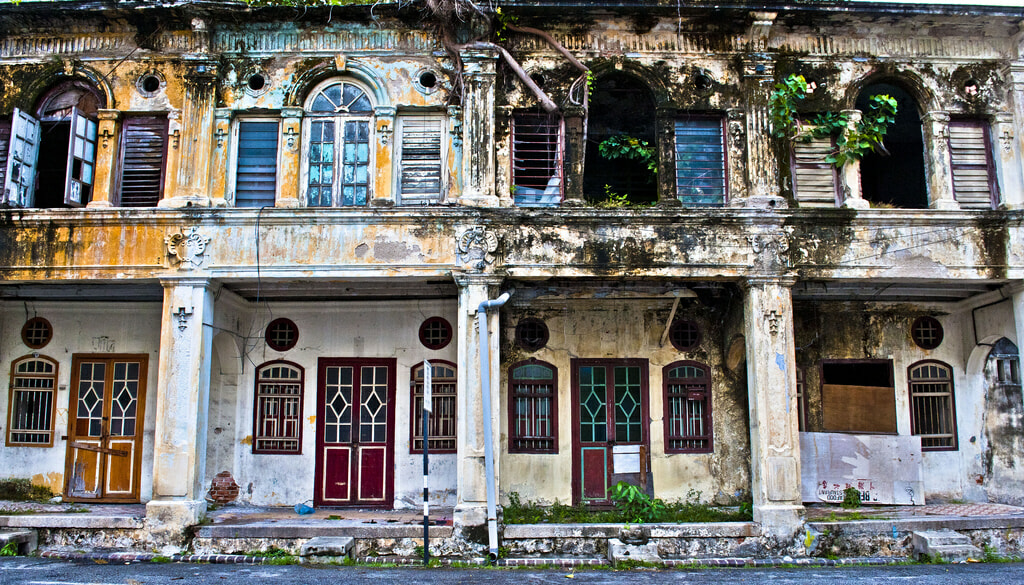 A plethora of corporations from ‘The Lion City’ are in a mad dash for properties in Penang.

According to a report by Malaysiakini, heritage buildings around Lorong Bertam and Lebuh Noordin are beginning to succumb to the investors much to the dismay of local penangites, some of whom have been slapped with eviction notices. A publication by the Straits Times paints another story, showing how since the acquisition of some pre-war shop-lots on Jalan Pintal Tali see an increment in rental from around RM1,300 a month to an eye-watering RM7,000-RM10,000 a month! SGD-MYR exchange rate also not that high one lah!

When contacted by the Straits Times, a local real estate agent simply replied that the appetite for old Penang estates has been an “open secret” within the Penang property market and that the Singaporean investors “see something in our pre-war properties that local investors don’t”.

Malaysian journalist extraordinaire Anil Netto singled out World Class Land (WCL) to be a major culprit; evicting tenants from 37 homes along Noordin Street/Gurdwara Road with intent to convert it into high-rise condos and office complexes.

George Town Heritage Action founder Mark Lay has stated to Mr. Netto that WCL is in control of 128 properties which was visualised via what appears to be satellite imagery (shown below). Mark has stated that WCL’s actions are very much legal, however he stresses there is a “moral issue” to be had here, in the “loss of diversity” in terms of historical architecture and the displacement of locals. On the same post on anilnetto.com he has come up with 5 steps to put the brakes on the bulk purchases of “heritage properties”.

1. Limit the change of use for heritage buildings.

2. Zone out certain activities – ie high-end businesses which do not benefit the local community. Now whether or not this would be effective or just another empty can remains to be seen, but I say it’s about time to have an honest debate on the topic; leave your thoughts in the comments or on social media, gais!