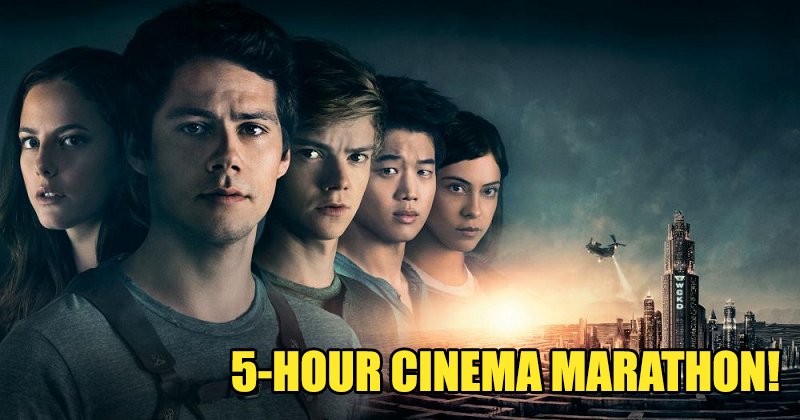 We’re sure most of you are pumped for “Maze Runner: The Death Cure” with just less than a week away ’til its release! Because we are too!

For those who have not watched the first two movies of the hit series, you can save the hassle of squinting your eyes on your small laptop screen to catch up before the series’ third installment is released in theatres.

Yup, you can actually re-watch BOTH “The Maze Runner” and “Maze Runner: The Scorch Trials” on the big screen in full high definition at Golden Screen Cinemas Malaysia (GSC) this weekend! A good way to hype yourself up before the epic finale!

A Maze Runner Movie Marathon is happening from January 20 to January 21 from 11am till 4pm! So, how can you join in?

Well, according to their website, you can just purchase one ticket in advance for “Maze Runner: The Death Cure” and you will be entitled to get one Marathon Pass to watch “The Maze Runner” & “Maze Runner: The Scorch Trials“! Advance tickets are available at their ticketing counter, website, and their mobile app. 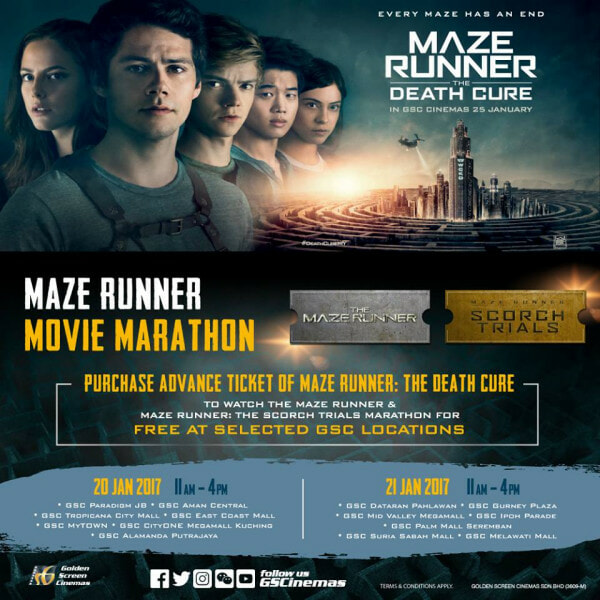 So, when is this marathon happening? Check out the dates and selected cinemas below!

Remember to be there early, though because the marathon passes are available for redemption from 10.30am onwards!

Just present your ticket for “Maze Runner: The Death Cure” at the ticketing counter to get your hands on those passes. Marathon passes are based on first come first serve basis, while stocks last so you better hurry. Oh, and the cool part? You can sit anywhere you like! Woohoo!

For those with self-print tickets or bought them through the app, head over to their ticketing counter to print your movie ticket for redemption. Be sure to choose the screening outlets of your choice properly, as marathon passes are only redeemable at cinema stated in the ticket. You wouldn’t want to turn up at the wrong venue!

Take note that one ticket for “Maze Runner: The Death Cure” is eligible to redeem one marathon pass only. So, be sure to ‘jio’ all your friends to catch Thomas and the gang in action!

What a great way to spend the weekend, right? 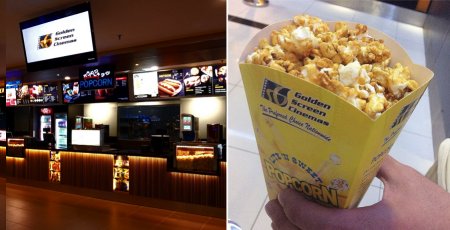