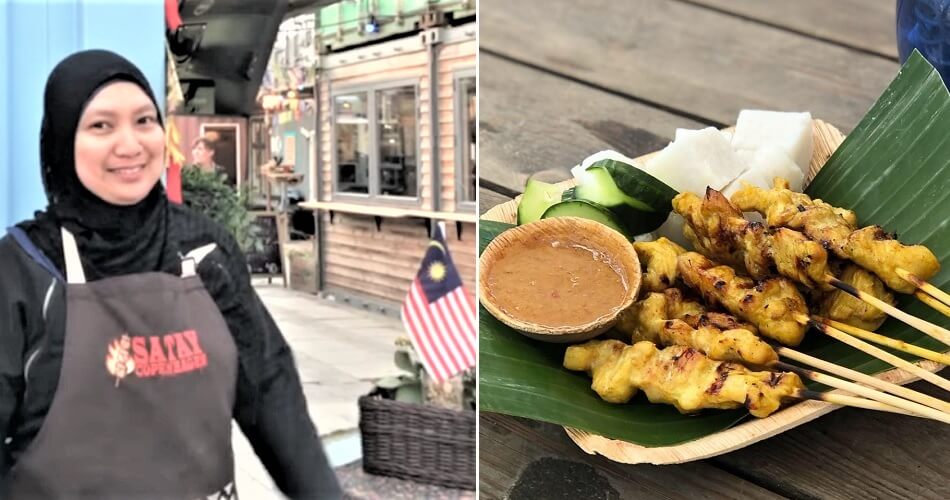 Hands up if you love satay and crave it whenever you’re not in Malaysia because there’s one stall – run by a Malaysian – that can satiate that local street food craving of yours when you’re in Europe!

Where exactly in Europe you ask? It’s located in Copenhagen, Denmark and the stall, which adopts a container-concept style, is called Satay Copenhagen. The owner who runs the stall is a Malaysian lady named Maslina Mahi who was born in Sarawak but grew up in Kedah. 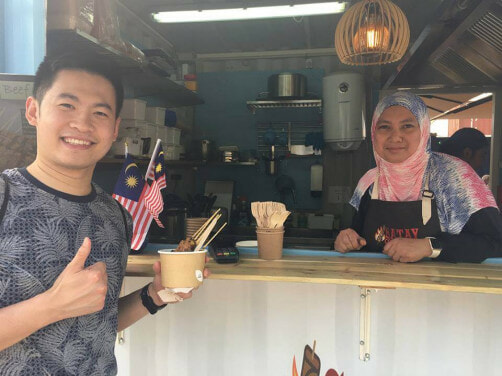 The 46-year-old mother of three is passionate about cooking, and when she followed her husband to work in Copenhagen, that’s when she had the opportunity to sell the local delicacy in the Nordic nation. Read on to find out more about Maslina’s satay stall in Copenhagen;

1. She’s the only Malaysian granted a contract to open a stall there 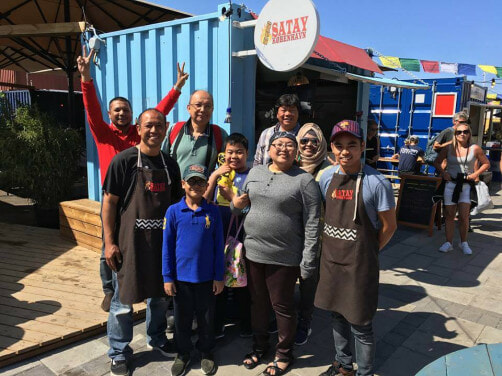 Yup, that’s right! She was granted a one-year contract to open her stall in Reffen, an outdoor street food centre that’s popular among both tourists and locals. This hot spot is open 7 days a week and it’s known for its array of more than 40 food trucks and stalls that are set-up in converted containers.

2. She chose to sell satay because it has an “international soul” 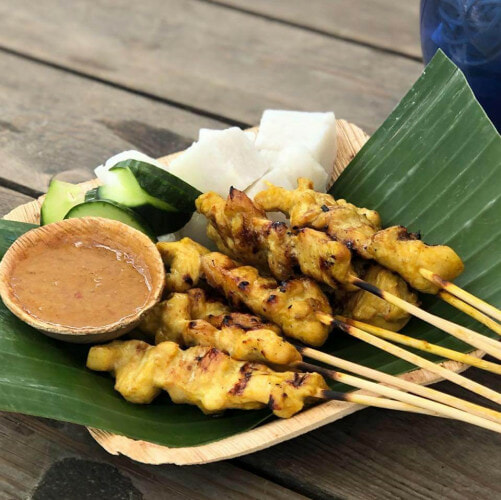 Why not nasi lemak or roti canai? Maslina was quoted by The Star as saying, “I chose satay because I think it’s a delectable offering with an ‘international soul’. The taste can be accepted by people of various races and ages around the world as the main ingredient is meat.”

She also shared how she’s excited when she gets Malaysian customers who come and support the only satay business there. She said, “They are proud to find out about the small premises selling Malaysian food in the heart of Copenhagen.” 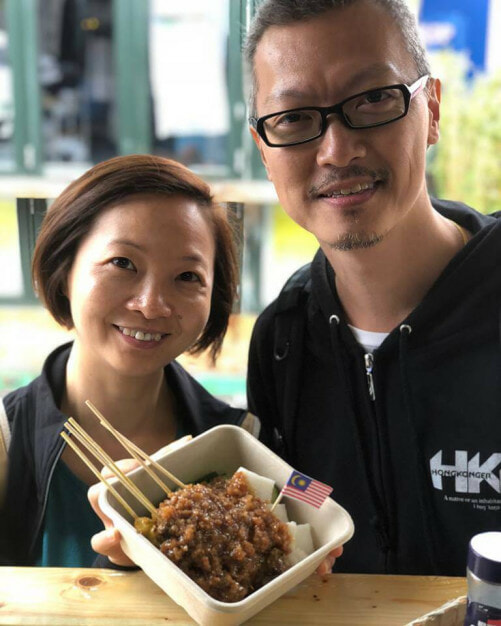 She’s also generous with samples, as she allows potential customers (especially those who haven’t tried Malaysian satay) to have a taste for free. She said she noticed that Asian customers tend to favour the satay meat while locals have a preference for the peanut sauce. Because of this, she adapts some parts of the menu to cater for the local taste buds such as substituting ketupat with salad sometimes.

3. There are 3 sets from the menu that you can choose from 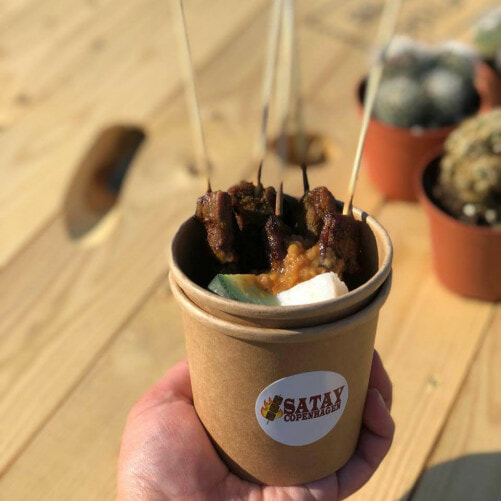 For the satay menu, you can choose to either have the set with four, six, or 10 satay sticks, all of which comes with a side of homemade peanut sauce, cucumber and ketupat. These sets are priced from 60 to 100 Danish kroner (approx. RM37 to RM62).

That said, a quick check on their Facebook page shows that they sometimes serve other Malaysian delicacies as well, such as curry laksa and chicken rice. 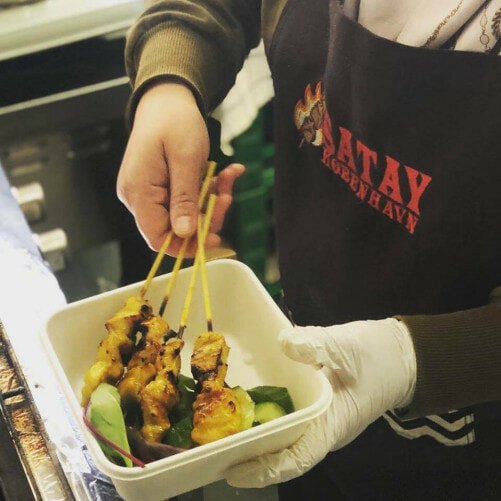 Sounds like Satay Copenhagen is forming quite the beeline because on a good day, Maslina said that she can sell up to 600 sticks! “I can sell up to 300 sticks and the figure will increase to 600, especially during spring and summer from June until the end of July,” she shared.

“However, during winter from October to December, Reffen is only open on weekends. Then, I can sell about 150 and 200 sticks daily,” she added.

5. The meat she sells is halal 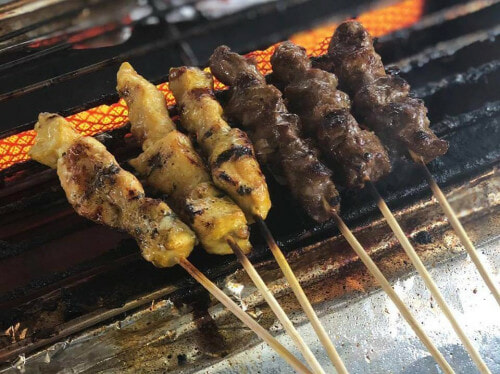 If you’re worried about whether the grilled skewered meat she sells is halal, don’t worry because it is! She explained, “Raw meat is not hard to get as most supermarkets sell halal chicken. We buy beef from a halal slaughterhouse in Copenhagen.” Plus, even raw ingredients as well as the various spices she needs are not hard to get as they are widely available in Denmark.

If you’re keen on paying Maslina’s stall a visit when you’re in Copenhagen, here’s all the deets you’ll need: 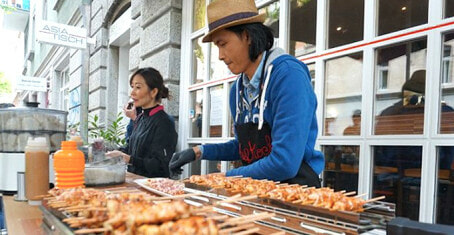