The Light Rail Transit (LRT) has experienced a few breakdowns with 2 happening consecutively in one week alone and it has caused major dissatisfaction among people in the Klang Valley.

Due to a power trip on 9th September, the trains on the Kelana Jaya line has stopped mid-track during the Friday morning rush-hour, forcing its passengers to continue the journey on foot. 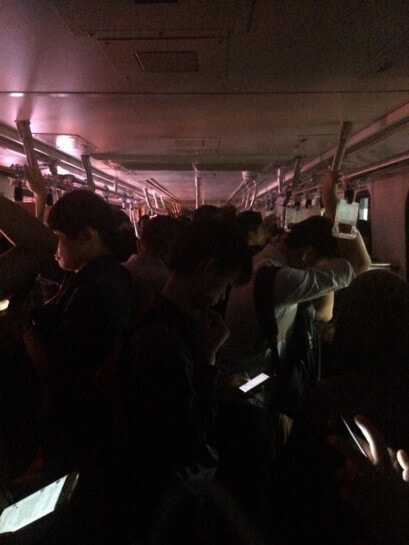 Fellow Arif Rusli happened to be among the passengers trapped in an underground train near the KLCC towers when the power tripped and left them stranded in semi-darkness to complete darkness.

Being a vocal member of society, Rusli shares his experience of the breakdown on his Facebook page giving people an insight of the terror and claustrophobia of the incident.

According to his account, they were stuck in the non-moving train for approximately 35 minutes before being evacuated. It may not sound like a lot to some, but you’ll have to bear in mind this is a train packed to the brim with people rushing to work in the city center.

“Yesterday the LRT broke down for about 4-5 hours. Today people are stuck inside the train in the tunnel near KLCC. We’ve been stuck for 35 minutes.” 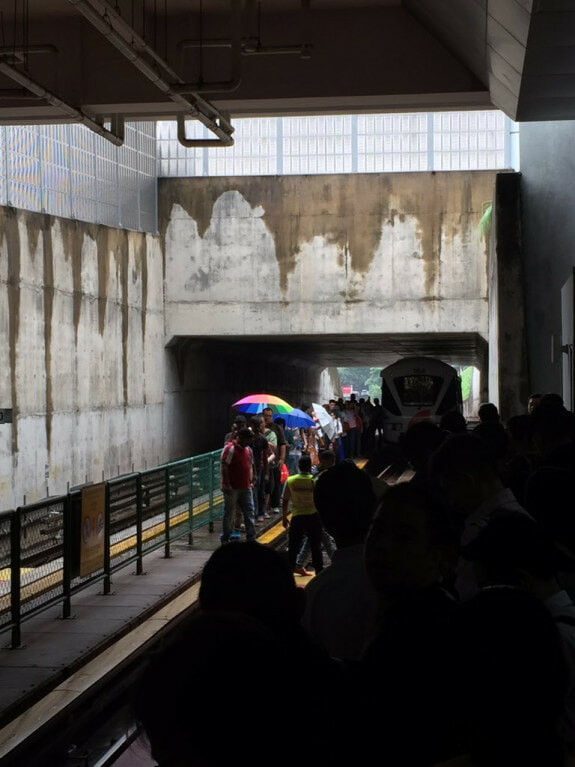 Rusli describes the chaos as it was suffocating and he was not able to breathe in the sardine-packed train. Although the emergency windows were opened halfway (they wouldn’t open any further), panic was evident and being in a tunnel only made it more “difficult to grasp for air”.

“We were about to suffocate (because of panic, you tend to get suffocated faster), we then decided to open up the emergency ventilator window which only opened halfway.

“However, since we were in a tunnel, it was still difficult to grasp for air.”

“Hence, people started shouting to just break the glass door. See how desperate we were?” he wrote.

After 35 minutes of the nightmare, RapidKL personnel finally arrived at the scene to evacuate the trapped victims.

Infuriated by the experience, Rusli questions the RapidKL leaders and other authorities of the existence of a SOP (Standard Operation Procedure) for emergencies such as these. SOP is a set of detailed end-to-end instructions compiled by the organisation for its workers to carry out the routine operations and there should be a procedure for emergencies.

“Nak tanya sikit je. Doesn’t RapidKL aka Prasarana have an SOP? Especially during emergencies. The fact that when the lights and oxygen is cut off, you guys should already be prepared to evacuate all of us! Not wait around to try to fix the bloody train for another 15 minutes!”

Rusli presses on how important it was to evacuate the people as soon as possible instead of trying to stall longer by fixing the train. He stresses that should there be commuters with health issues like asthma or pregnant mothers or elderly people, the dire situation could have turned out so much worse.

A video of the evacuation is as below.