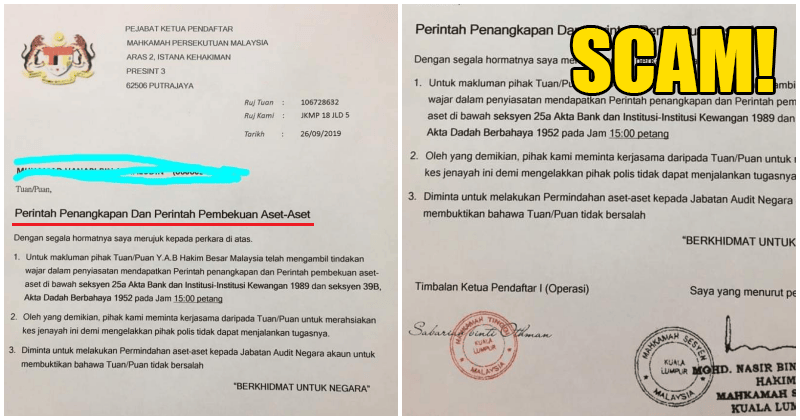 It’s absolutely perplexing how there are people out there who rather NOT work, but cheat other individuals of their hard earned money. Day after day, these people come up with newer tactics on how to cheat someone of their money. Shame on these people!

Well, a Twitter user recently shared how scammers nowadays have evolved to using letters instead. Worse, they are official looking ones from the government.

“Be careful. Scammers are using a new method now, which is by sending a letter straight to you. Please be careful and take care!” 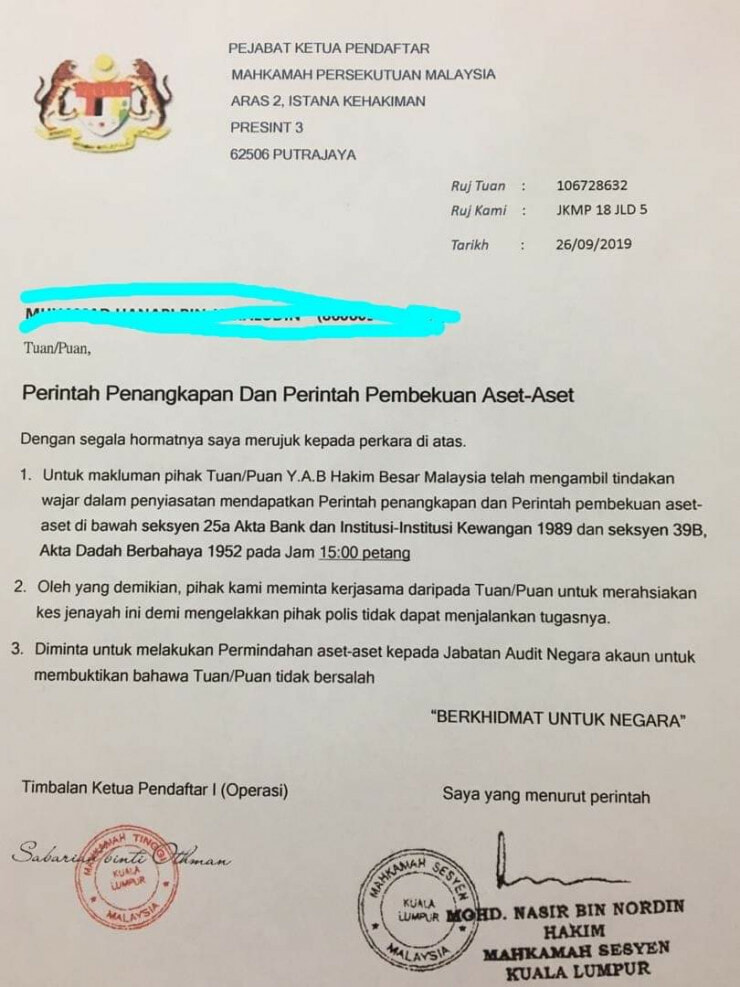 The letter he shared claimed to be from the judge of a sessions court. To make it more terrifying, the headline on the letter reads,

“Command of arrest and freezing of assets”

The letter in short claims to be from a supreme judge and the victim is required to transfer his/her assets to the country’s audit department to proof he/she is not guilty of any crimes.

Now, one who isn’t too careful may have fallen for this, given the seemingly severe letter which may induce panic on a normal civilian.

However, here are some red flags to look out for next time you find yourself in a similar position like this:

1. The title of the letter must be in all caps

2. The term they use in their name title

According to a Twitter user, the Y.A.B title is not for a judge, but for a Prime Minister or Menteri Besar.

3. The letter is filled with mistakes

Another tweet from @MuhdSSAnuar mentions how the letter is filled with errors. So you may wanna keep a close eye on them: Many took to the comments section to express their outrage of people going to this extent of cheating people and warned everyone else to be careful of such a scam. 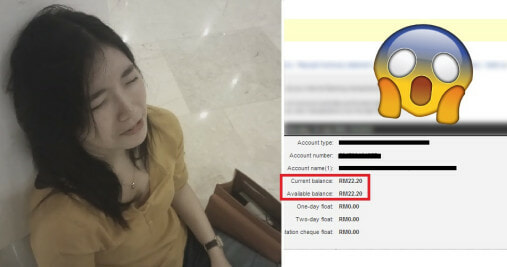