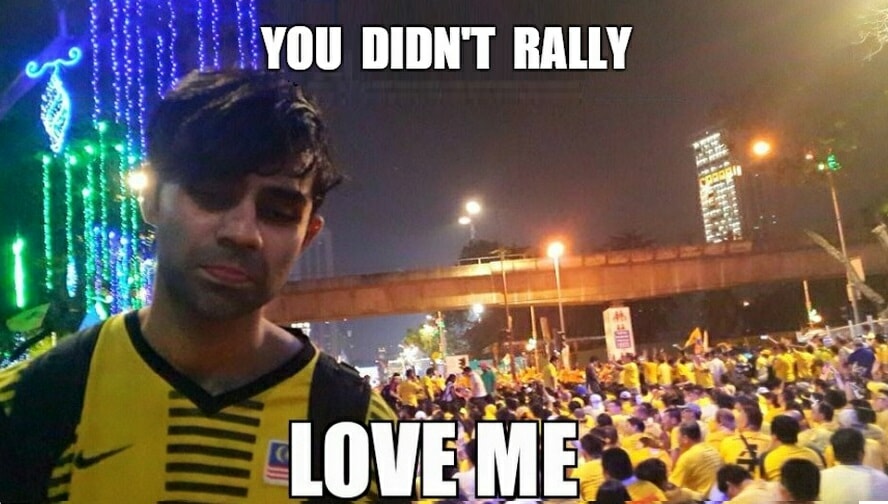 With the Bersih rally going on last weekend, it’s amazing to see how creative Malaysians are with their banners and even costumes. We compiled images of epic moments during the rally that you can read here.

The rally started in 2007 as a campaign for electoral reform. Participants gather at at four locations: Sogo department store, Masjid India, Masjid Negara and Pasar Seni. The last rally, Bersih 3.0 was the largest democratic protest in Malaysia organised by the Coalition for Clean and Fair Elections. It is pretty overwhelming to see all races come as one: Malaysians. The colour of our skin does not change the hopes we have for our nation’s future.

Just very recently, images made by a fellow Malaysian became viral and has been circulating over our Malaysian Facebook feed.

Armed with his wits and amazing use of puns, Belveen made himself into a meme, aka ‘the emo protestor’.

You need to see it for yourselves: 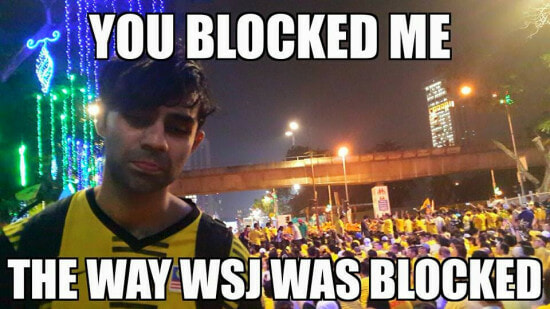 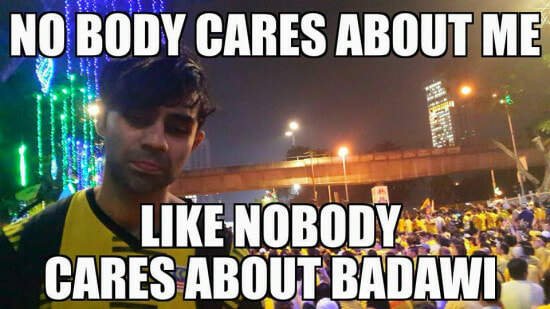 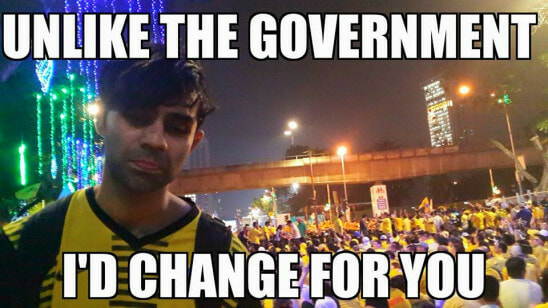 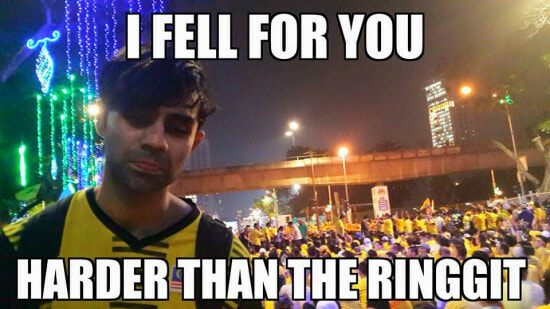 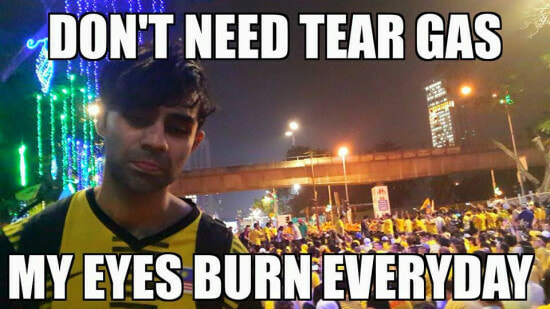 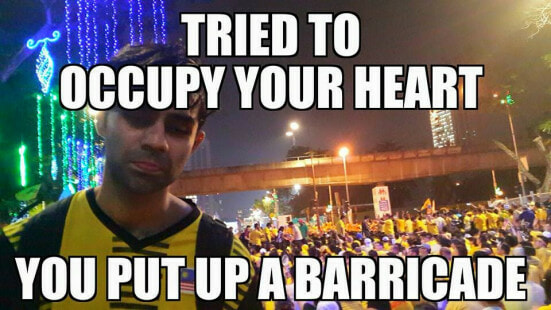 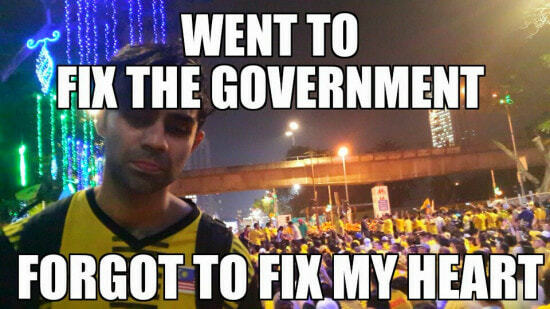 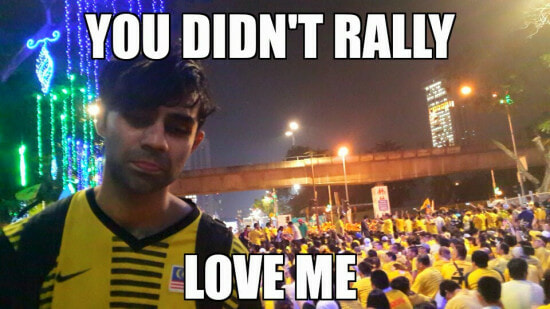 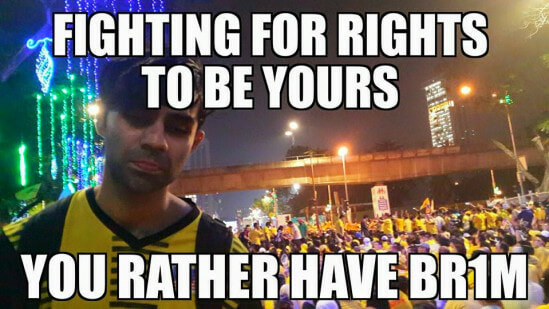 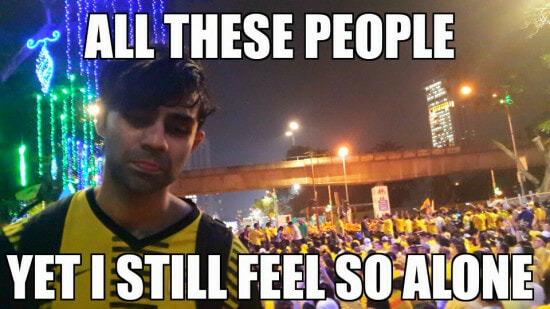 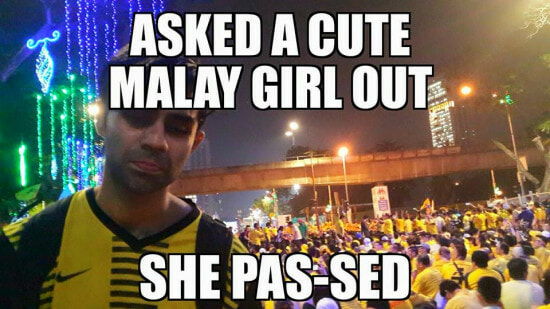 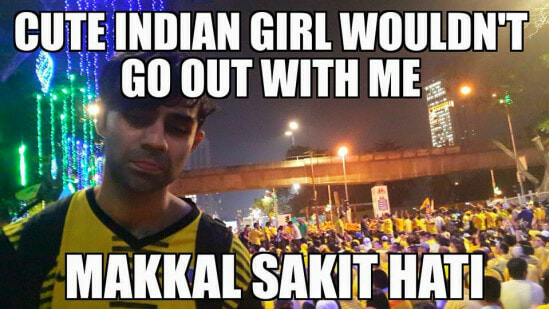 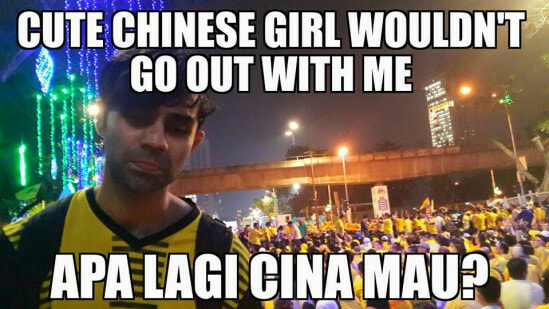 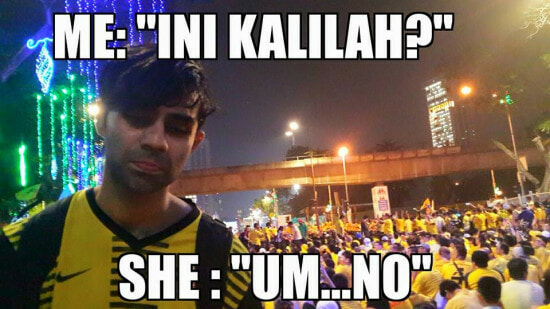 Give this guy a medal! He wins the Malaysian internet for the day.

With his funny images going viral, I certainly hope he finds himself a girlfriend now.

Note: OP reserves all rights to the image and does not wish to have his images edited. WOB posted these images with permission.