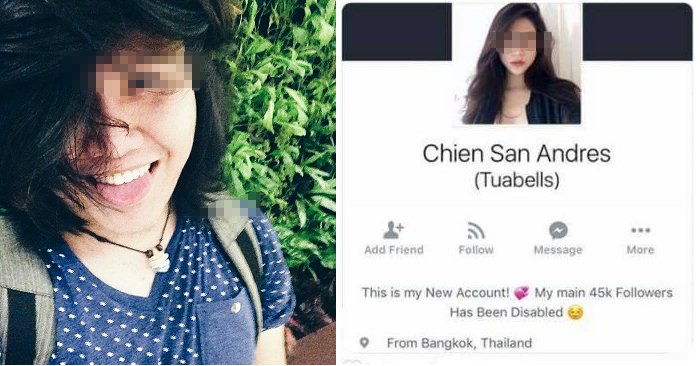 Being famous often comes with a few prices to pay. One is to have very little privacy and another is to have your identity and pictures stolen.

For a Malaysian social media influencer, she had her identity stolen after some random Filipino used her name and pictures. 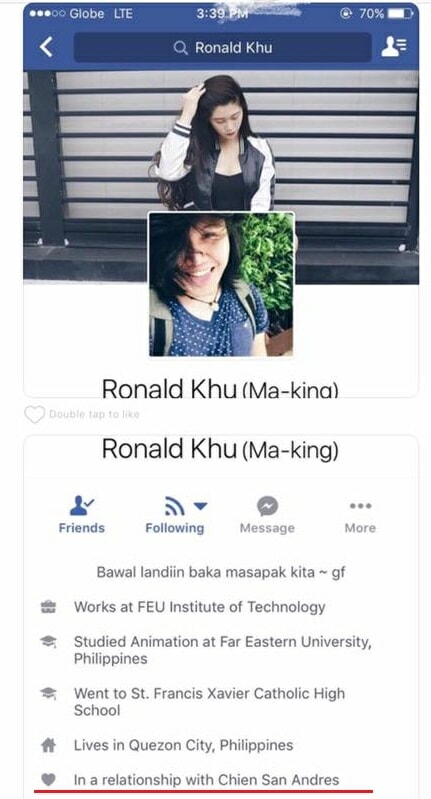 Hah Chien Wei was going on with life as usual until one day an unknown person from the Philippines messaged her on Instagram. This person was concerned about their friend Ronald who was apparently in a relationship with her!

Chien Wei had no idea who Ronald is and what kind of relationship is going on. Her very own boyfriend is a Malaysian named Chong Wun Han.

“At first I thought it was ridiculous and the guy will eventually find out the poser is definitely not me, since if the both of them are in a serious relationship they will definitely meet each other in real life or watch each other over video calls.”

“So it wasn’t bothering me that much at that point yet. I was also being told that they’re talking to each other in Filipino and the Ronald guy is ‘crazily in love’ with the poser.”

“I didn’t really care at first but few of his friends keep bugging me and ask me to prove myself that I’m the real Chien Wei to the Ronald guy, and more and more people started to find me on Instagram DM, which made me really annoyed.” 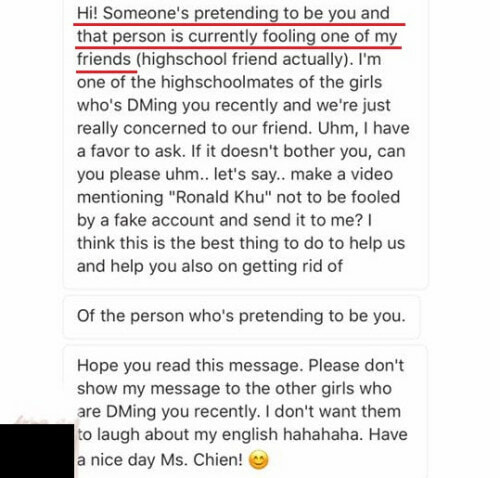 “I have reported all of the fake accounts (Twitter, Facebook, Instagram) but once I reported and the profile was taken down, the poser kept creating new ones again and again.”

“Some of them (friends of Ronald) are telling me that they have confronted Ronald that the person he is in a relationship with is not me by showing him videos of me living in Malaysia.”

The friends even showed proof of the real Chien Wei being in a relationship with her own boyfriend.

“But yet he gave up believing his friends because he is ‘too in love’ with the poser.”

Chien Wei even went as far as to make a clarification video about how she isn’t the person Ronald is dating after his friends pushed her for it.

The concerned friends showed him the video and he apparently finally believed it.

But this is where things start to go haywire and all the lies started to unravel!

“I really did not expect this since the beginning as I thought Ronald was the poor guy who was so in love with the poser by believing that she really is me.”

“ALL of us including his friends thought he was fooled.”

“The clarification video was sent to him and seen by him at 7pm but he still posted something on his Facebook at 9pm, tagging the fake account.” 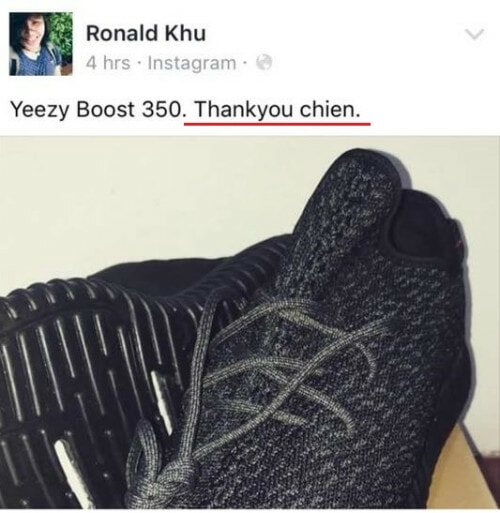 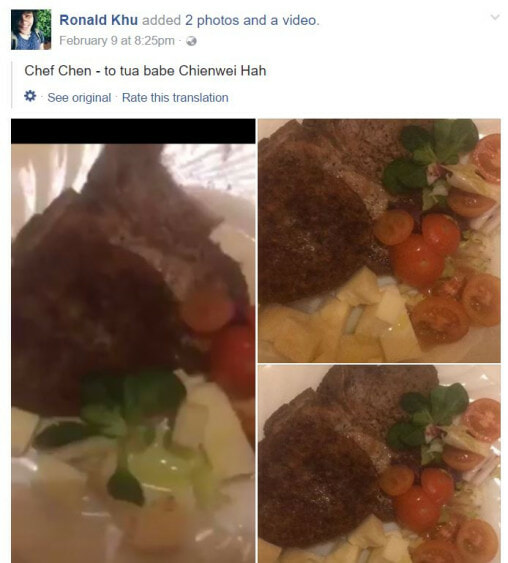 The guy even went as far as posting apparent dinner dates with the fake account.

Now here’s where things get even more fishy.

“Later on, I saw him posting stuff tagging the fake account saying ‘thanks for the shoes Chien’. And I can assume that he wanted to use my name to sell stuff or to cheat on people’s money.” 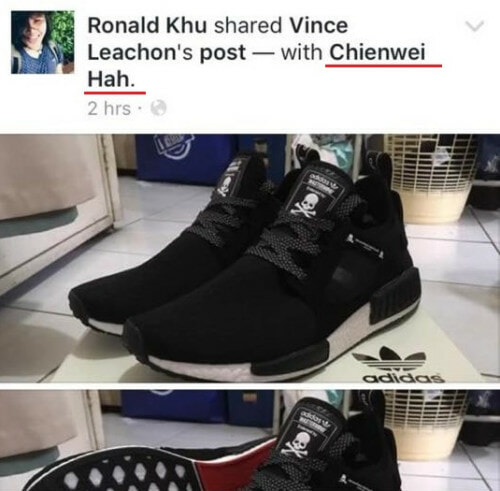 A couple of days earlier, a random Filipino even thanked the real Chien Wei for the shoes. The guy asked wasn’t she the owner of Sneakersoul_PH?

“From this point, I can quickly assume that this Ronald guy is trying to use my name to sell these sneakers since he knows I do post some sneaker stuff on my own Instagram once in a while.” 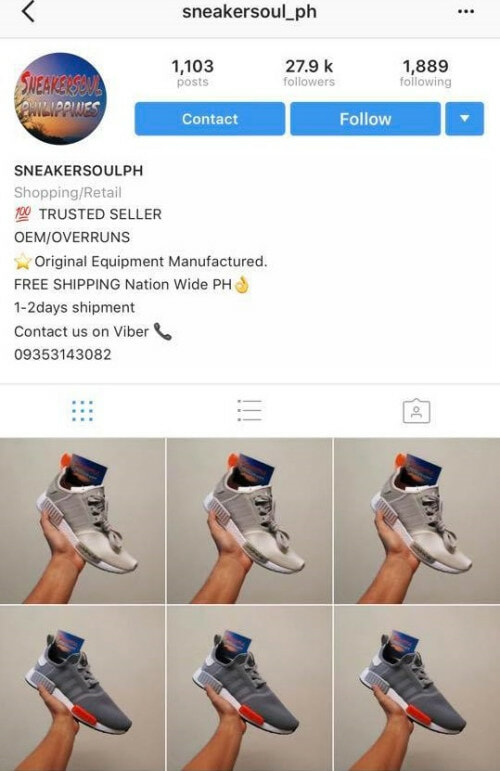 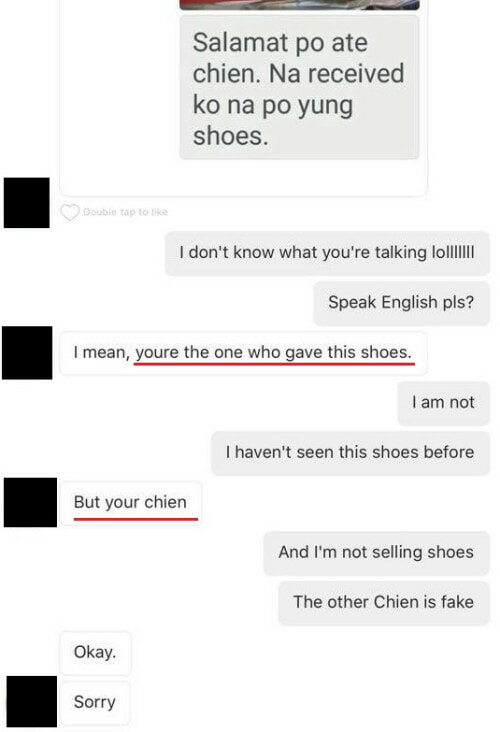 So Ronald was the evil mastermind behind all this crazy drama. And still, the drama did not end there. It seems like Ronald even tried to hack into her account.

“After these fake social media accounts have been taken down one by one after my reporting, I believe this Ronald guy have been trying hard to hack my real account as I often receive password recovery codes in my mailbox, which I have never requested.”

“They are unable to hack into my account and so they have created all these edited social media pictures to claim that I AM THE POSER..”

“I strongly believe this guy is trying to delude people by using my name and my Instagram reputation so that people will believe him and buy his stuff or give him money or so.”

In the end, all Chien Wei can do is to make sure people are aware of such fake accounts. So take note guys!