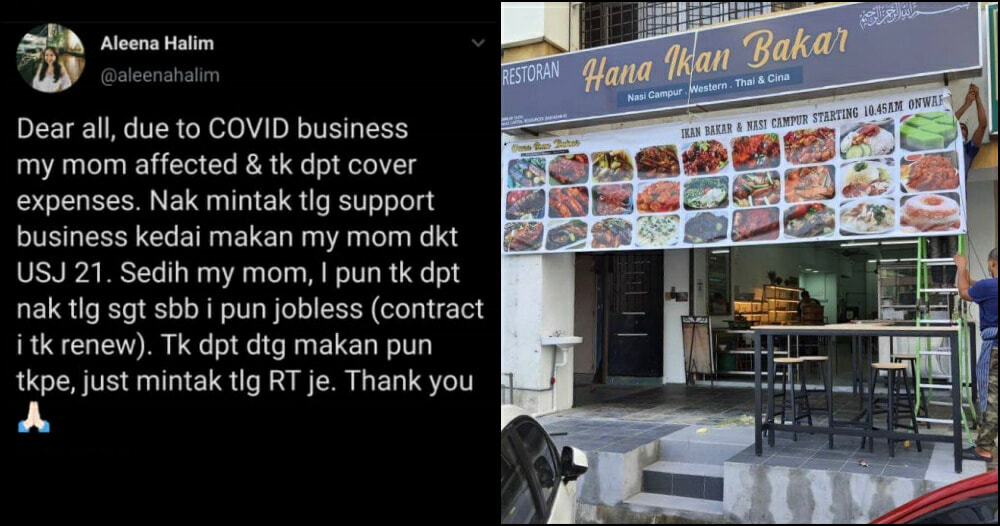 We all know that the current pandemic has taken a big toll on our lives – emotionally, mentally, economically and financially. Some of us, however, may be struggling more than others. During this Covid-19 season, many businesses have been affected tremendously, especially small businesses.

Beginning this month, Aleena Halim, reached out to her followers on Twitter expressing how upset she is that her family’s restaurant is not doing too well and they have reached the stage where they can no longer cover their cost and expenses.

Aleena expressed on Twitter that she wishes she could help her mother more during these hard times but she too is struggling. She had recently become unemployed due to her contract not being renewed.

Aleena also shared her conversation with her mother on her Twitter where her mother explained to her with a heavy heart that she feels like it is impossible for them to turn the business around. They have lost almost RM10k in profits last month which took a big hit to their business. She also expressed how worried she is if the business does not pick up and they would be in a deeper financial problem.

“My parents used to own a marble and granite selling business but because of the financial crisis in 2008, the business was affected badly. Hence, they ventured into the F&B business. Like every other business at the beginning, it started off slow but after six months it started to pick up,” Aleena explains.

Their menu consists of a variety of favourite Malaysian food such as nasi campur, authentic Malay cuisine, Indian cuisine, Chinese cuisine as well as ikan bakar and ayam percik. Their hot selling dish is their claypot kari kepala ikan and kari kambing.

“The business reached its peak for 3 whole years until MBSA decided to run a pasar malam infront of our restaurant. Most of the other shop owners including ourselves protested against the decision as we know it will take a toll on our business. In the end, our request was ignored and we had no choice but to sell our business,” says Aleena.

Aleena continues to explain, “My parents stopped venturing into the F&B business for a while and worked again as a contractor instead. Eventually, in 2015, they saw the opportunity to venture into F&B again. That was how Restoran Cahaya at Seksyen 11, Shah Alam started. Everything was going good for a solid 4 years.”

“Slowly recovering from her stroke, my mother returned to work again but because of the stroke recovery period, the business was hard to pick up again. By then, most of the staff had also left the restaurant,” says Aleena.

They did not want to give up just yet so they tried their best to continue with their business on their own.

“It wasn’t till the year 2020 when our business hit rock bottom. Our family restaurant was down by 50%,” Aleena explained.

“We had to temporarily close the restaurant due to the MCO that was happening at the time. No operation was allowed. We closed the shop for 3 months with no income at all. By the time MCO was lifted, sales were affected badly. Most of our customers were people working at offices nearby. No one would come to eat anymore as most of them were required to work from home,” Aleena continues to explain.

“My parents tried to come up with different strategies to increase sales but none of it worked. They once again had to sell the restaurant and chose to open a new one at USJ 21 instead called Restoran Hana Ikan Bakar,” says Aleena.

“Unfortunately, after less than 2 weeks of starting our business at our new restaurant, MCO was announced for the second time once again. As people were still working from home and the SOP of limiting 2 people at a table made it a hassle families to dine in, there are hardly any customers,” Aleena explained. 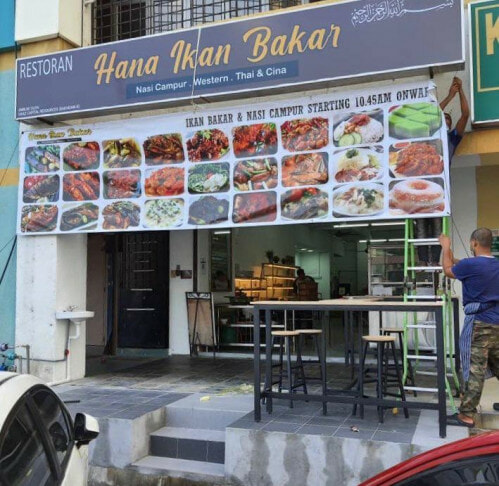 Fearing that they would have to close their new restaurant again, Aleena used her social media to create awareness and urge people to come by the restaurant if they can. She also mentioned in her tweet to share her post as it is the least one can do to spread the word on her family’s restaurant.

Restoran Hana Ikan Bakar is located at USJ 21 and is also available on FoodPanda.

Times are tough at the moment. Hence, we all should stick by each other through these hard times and show some support one way or another.

Also Read: M’sians In KL, Putrajaya & Labuan Can Trade Freely For The Next Six Months! 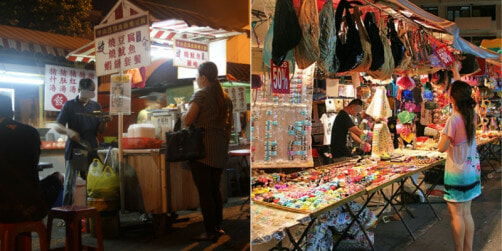