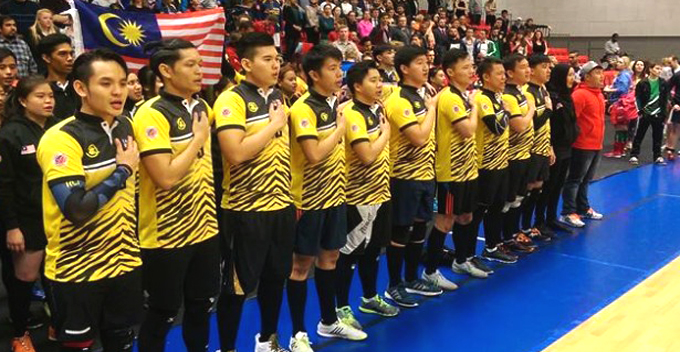 How many of us didn’t know our own Malaysian athletes were this power? Admit it, you didn’t! Well, our very own Malaysian Dodgeball Team shocked the world recently when they won the semi final of the Dodgeball World Cup 2016 in UK with an epic performance.

With just 10 minutes left, team Malaysia was on the losing end of the 7-4 score against Wales. Things weren’t looking good, but they eventually stepped up the game and turned the tide.

Watch the video till the end to see how they pulled it off.

The way they took out player by player, amazing right?

We spoke to the 27-year-old captain of the Malaysian Dodgeball Team, Muhamad Heidy Yusoff who is a team-building/self-development coach by day, and a dodgeball player by night.

Heidy told us exactly why no one had expected Malaysia to win.

“We’re considered an underdog because that was the first time European countries ever heard of us in the game.”

“They’ve been playing this game for over 10 years, and we’ve just started practising for two years with new rules and a new ball. So everything was fairly new for us.” 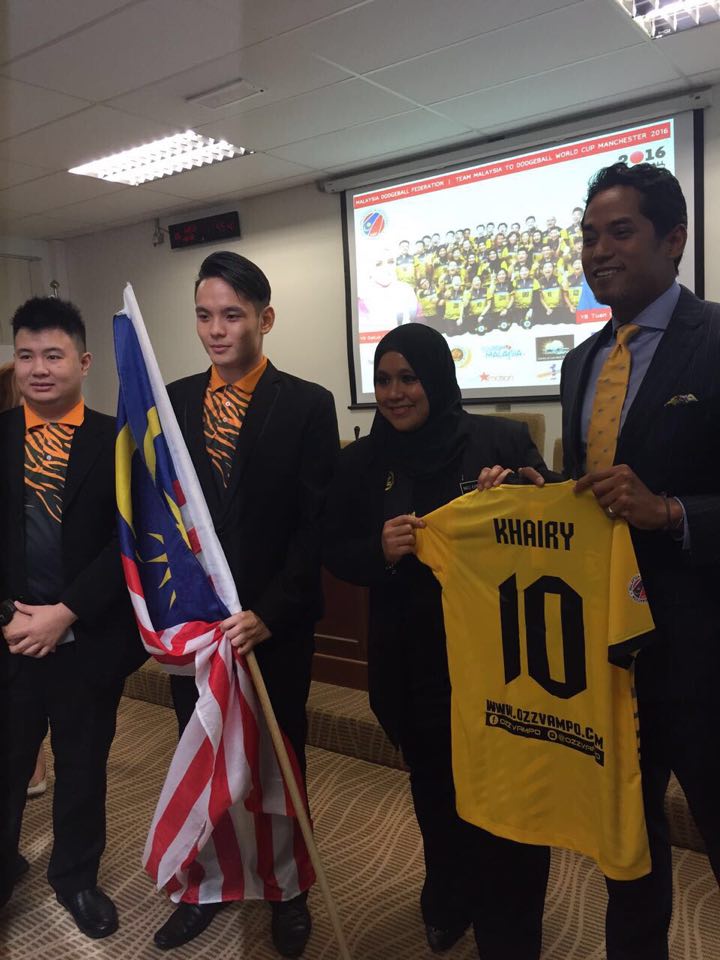 No one knew who they were until they started beating everyone in the group stage. They’ve defeated USA, Northern Ireland (ranked 4th in Europe) and Scotland (ranked 2nd in Europe).

They then put up an epic battle with Wales (ranked 3rd in Europe), which you guys saw in the video earlier.

“When Negaraku was played after we won, we teared up knowing we’ve made Malaysia proud. Never have I sang Negaraku as proud as I did over in Manchester,” Heidy told WORLD OF BUZZ.

Unfortunately, they lost to England (ranked 1st in Europe) in the finals, but their efforts of course went down in history! Currently, these boys are ranked number 2 in the world! An absolutely amazing achievement! 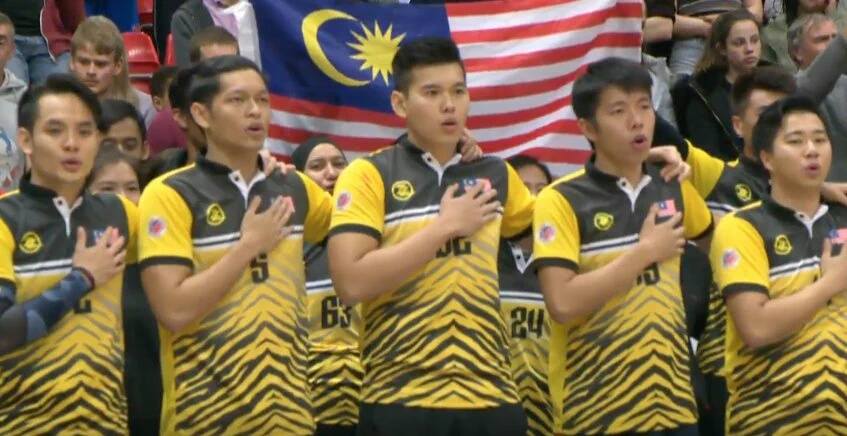 Perhaps the most amazing fact about the team is that all of them are actually part-time athletes, meaning they have day jobs too, just like everybody else. As such, it requires a tremendous amount of determination to show up and train after a working day.

Heidy recounts their training days, “It’s really challenging for us because we’re all part-time athletes and we’ve got a day job. But still, we need to train intensely for four days a week, it’s just crazy.”

“The biggest challenge for us would be when we were training in Manchester, UK for the world cup. We went there one week earlier and trained twice a day, under 2°C in the park.”

“We had to get used to the cold environment.” 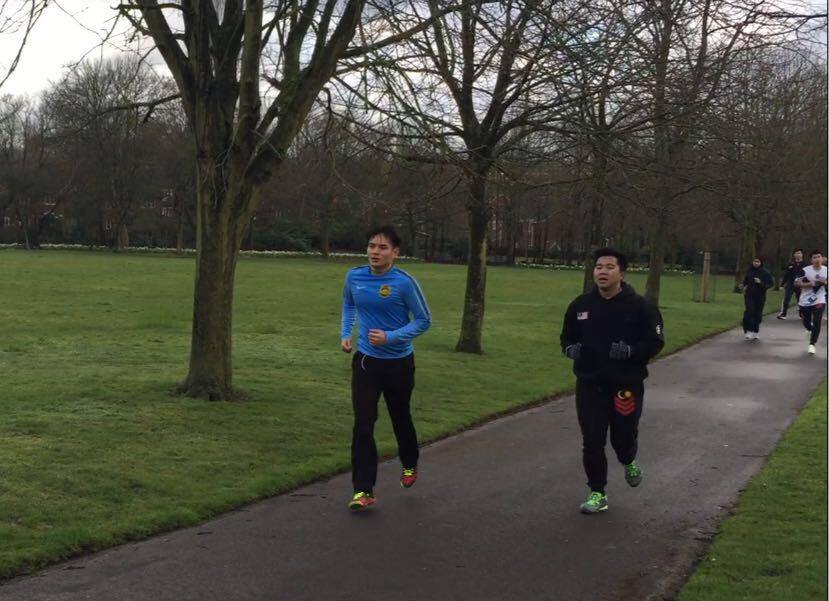 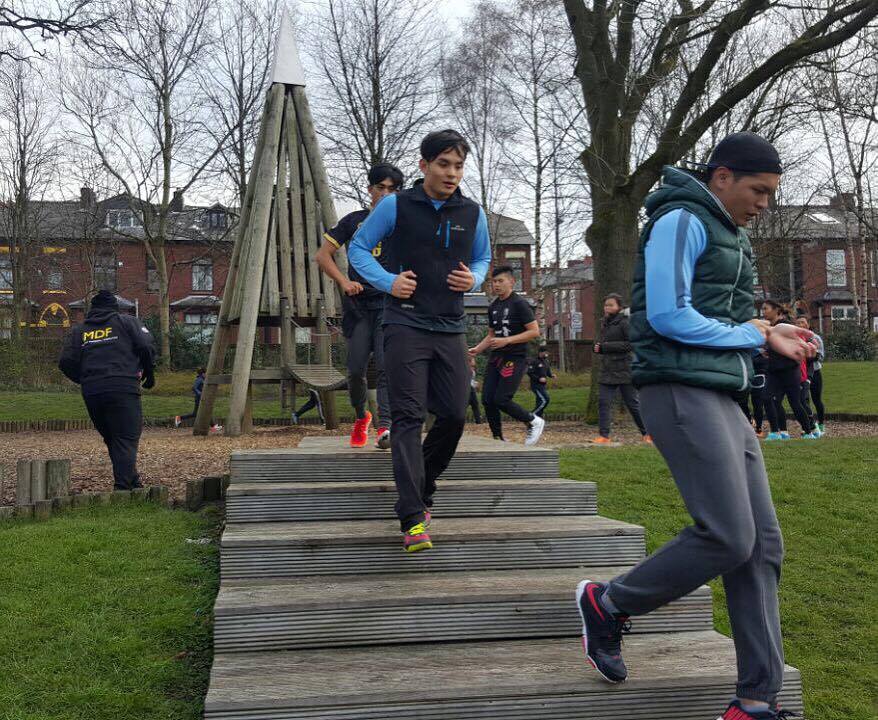 Dodgeball is not a one-man-show. Heidy told us that the strong bond and chemistry between everyone in the team is the reason they played so well in the world cup.

“We’re all brothers and sisters from different parents. The relationship is just indescribable.”

“We’re willing to do anything for our teammates in the court and will go all out to ensure our victory for our country.”

“This is something you don’t see every day and it’s not something that money can buy,” he explained.

Whenever they needed to pump their spirits high, Gemuruh Jiwa by Faizal Tahir is their go-to song, he said. 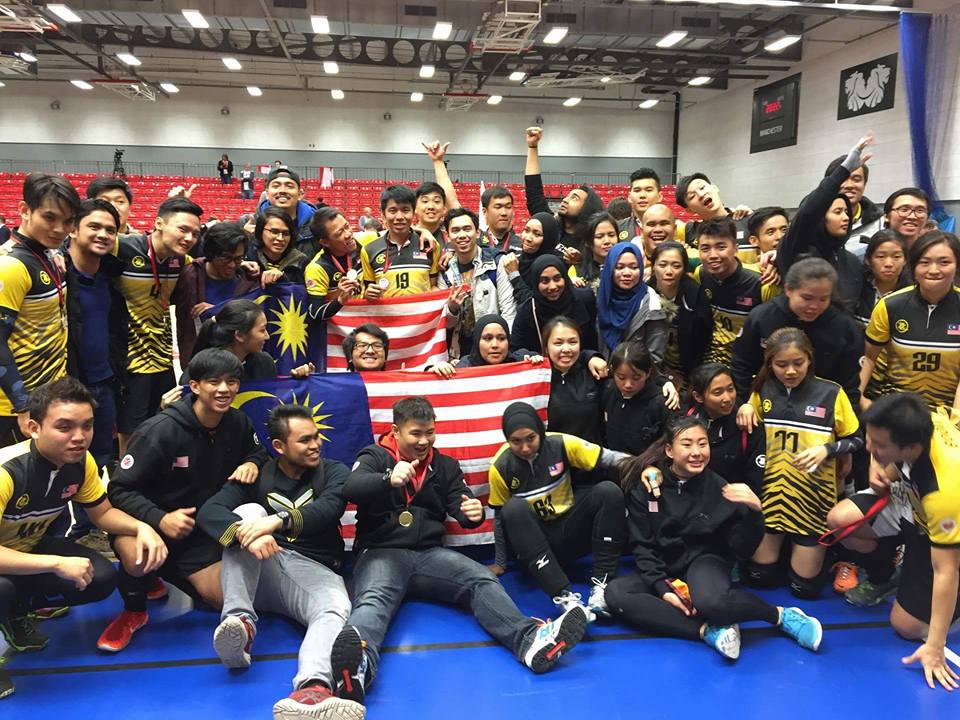 Besides being the runner-up in the Dodgeball World Cup 2016, Heidy was also proud to say that they’ve been given the green light by the Ministry of Education to promote dodgeball in schools. 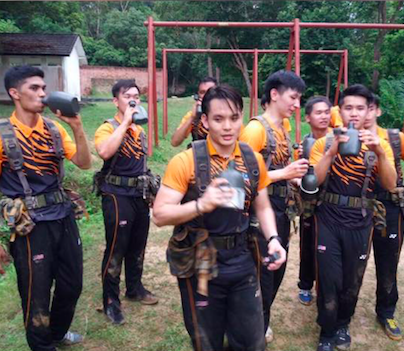 The team was trained by angkatan tentera malaysia.

You should know that under the Malaysia Dodgeball Federation, there are three categories, namely:

The next dodgeball world cup 2018 will be held in Madison Square Garden in New York.

In order to get into that, they must first place top three in the qualifier championship, which is the Asia Pacific Championship 2017 where 10 countries will be going against each other. 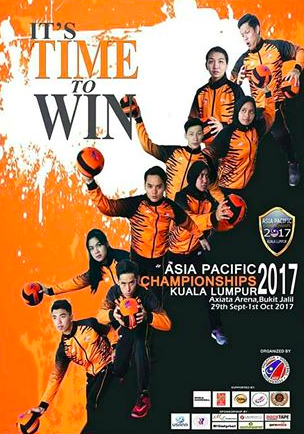 “Because we’re so loved by the world cup, the World Dodgeball Association gave us the privilege of hosting the Asia Pacific Championship 2017 in Malaysia.”

“Our Minister of Youth and Sports, Khairy Jamaluddin really supported us, he gave us the main stadium, which is the Axiata Arena,” he happily told us.

Before ending the interview, Heidy wanted to share a message for all aspiring part-time athletes,

“Being an athlete is never easy, but you should always remember that anything worth achieving isn’t gonna come easy.”

“Highest form of satisfaction often comes when you achieve something that others say is impossible.”

“Do it not only for yourself, but also for your country, Malaysia,” he concluded.

The Asia Pacific Championship 2017 will take place at the Axiata Arena, Bukit Jalil from 29th September to 1st October.

So guys, let’s bangkit and show our love and support to our Malaysian Dodgeball Team! Tickets can be acquired here! 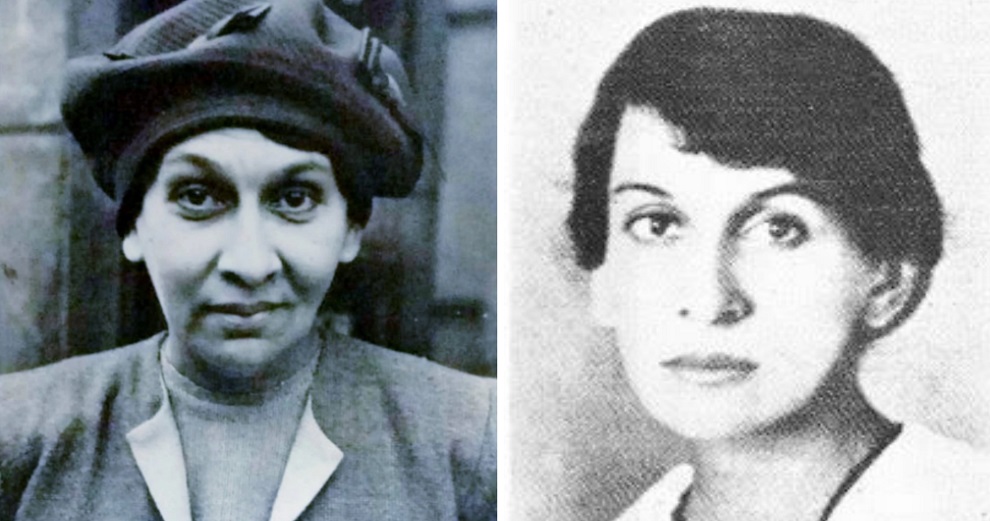