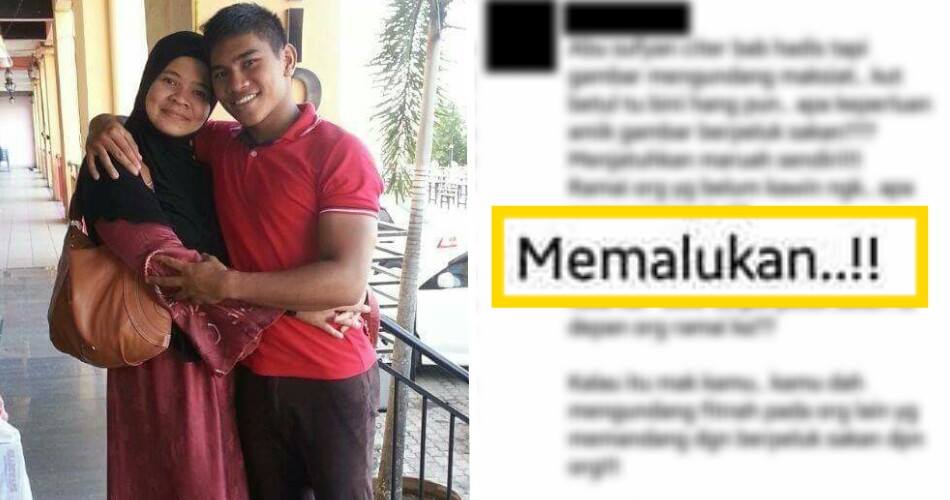 Hugging is one of the simplest and easiest way to express our love for someone. For a friend, a lover, and especially for our family.

Abu Sufyan did exactly just that when he hugged his beloved mother in a picture and decided to put that as his profile picture on Facebook. 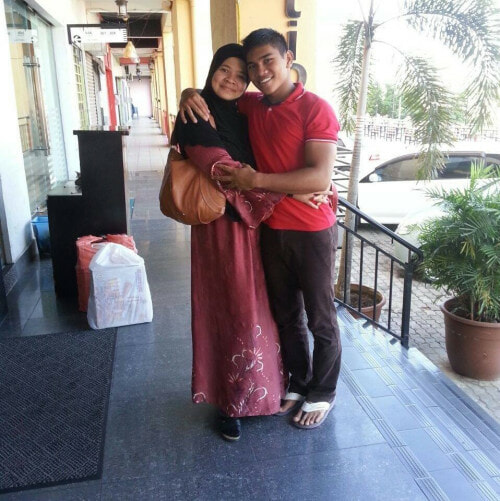 However, one Malaysian guy started to criticise Abu of the ‘inappropriate’ act. Furthermore, he mentions that Abu is spreading negative influence to others for doing so.

He believed that Abu was hugging his girlfriend or wife and decided to ‘lecture’ him about ethics and religion.

“Abu Sufyan speaks of the good teachings (of Islam) but this picture invites immorality. Even if that is your wife, why need to take a picture of rampant hugging?”

“You are degrading yourself!!!”

“So many people who are unmarried sees this. What would their perception be?”

“If you think you’re already married everything is halal? Can show your rampant hugging in front of many people?”

However, the ridiculous guy did give thought to the possibility of the lady in the picture being Abu’s very own mother. But he reiterated his stupidity when he added,

“If that is your mum, you have caused people to slander after seeing you rampantly hugging in front of people.” 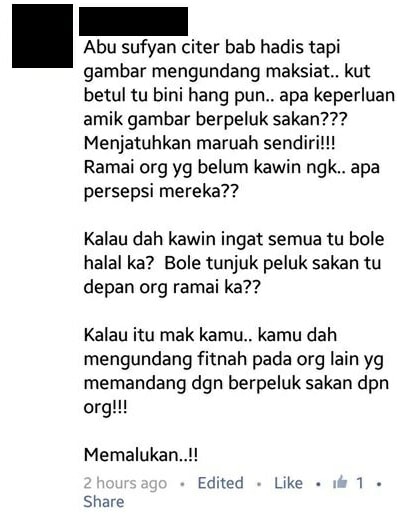 Dude, I think the shameful person here is YOU for your ridiculousness.

After explaining to him that it was Abu’s own mother, the fool then went on to showcase more of his idiocy. 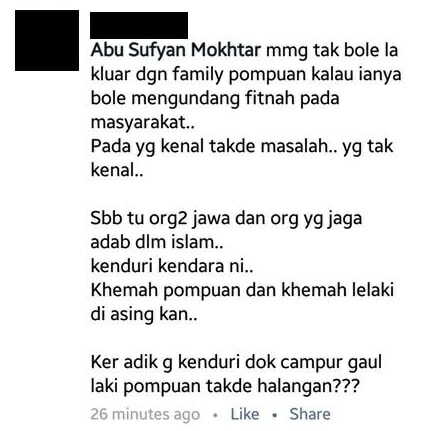 “Of course you cannot go out with female family members if it causes people to slander.”

“To those who recognise (you and your mum), then it’s no problem. But if they don’t recognise…”

“This is why the Javanese people who keep to the culture of Islam, they will have separate tents for men and women during events.”

“You mean you go to events and mix around with men and women without any resistance???”

But if you think this dude slamming Abu and his mother’s picture is upsetting, you’ll feel even more angry after finding out that the lady has actually passed away. 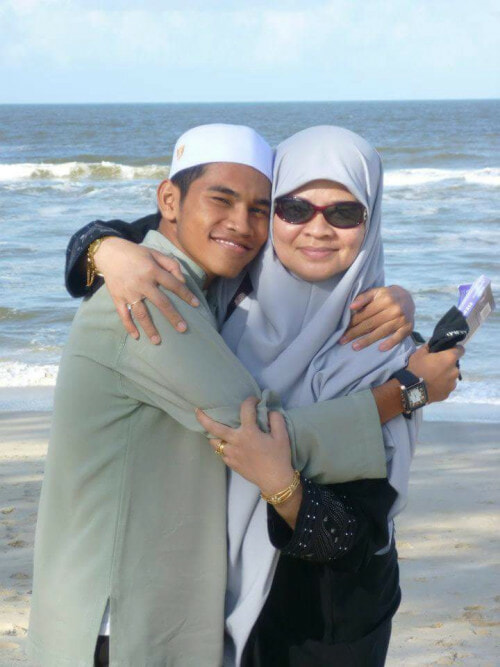 It goes without saying that netizens were outraged at this idiocy of the man. They slammed him for being so ridiculous but most of them put a very sarcastic tone into their comments.

“This is the type of person who cannot see other people being happy in any way. Because he couldn’t receive happiness like other. Or he is a descendant of low-minded and jealous people.”

What do you think? Is it actually inappropriate to hug your own MOTHER like Abu did or was that guy just being an extremist?