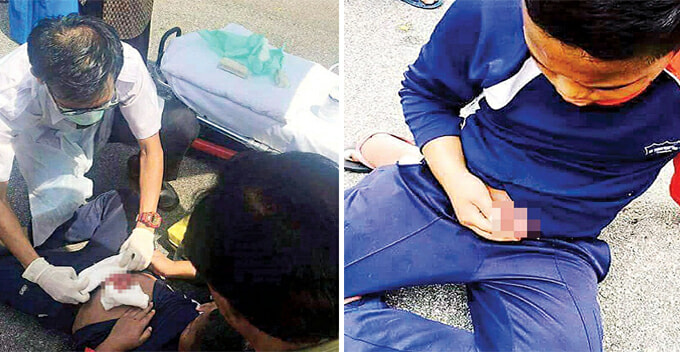 On January 10, a 12-year-old boy was cycling home when he fell down from his bicycle. Unfortunately, his stomach was penetrated by the bicycle handle and part of his small intestine came out from his stomach. The incident happened at a slope nearby Taman Bukit Tiram, Johor at approximate 2 pm.

According to KwongWah, the Malay boy was cycling home after school with his friends. However, his bicycle hit a road bump while going downhill which resulted in him falling off his bicycle.

“He looked very calm, so I thought he was okay. Soon, I saw something coming out from his stomach. I was terrified and immediately called the ambulance,” said a female witness. 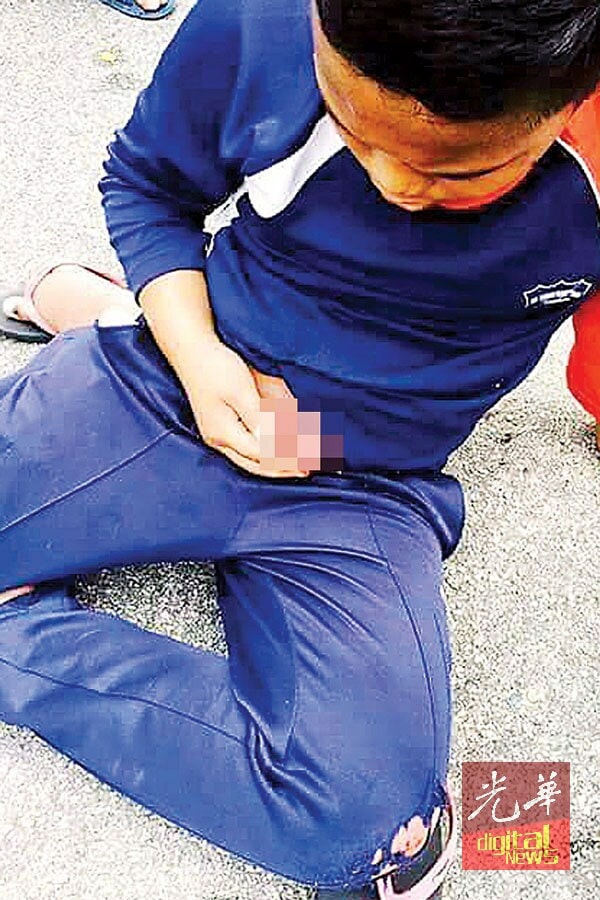 According to the victim’s friend, the handle bar of the bicycle was bent when the bicycle crashed to the road. And the victim’s stomach was so unfortunate to be penetrated by the bent handle bar. The small intestine was also ruptured in the process. 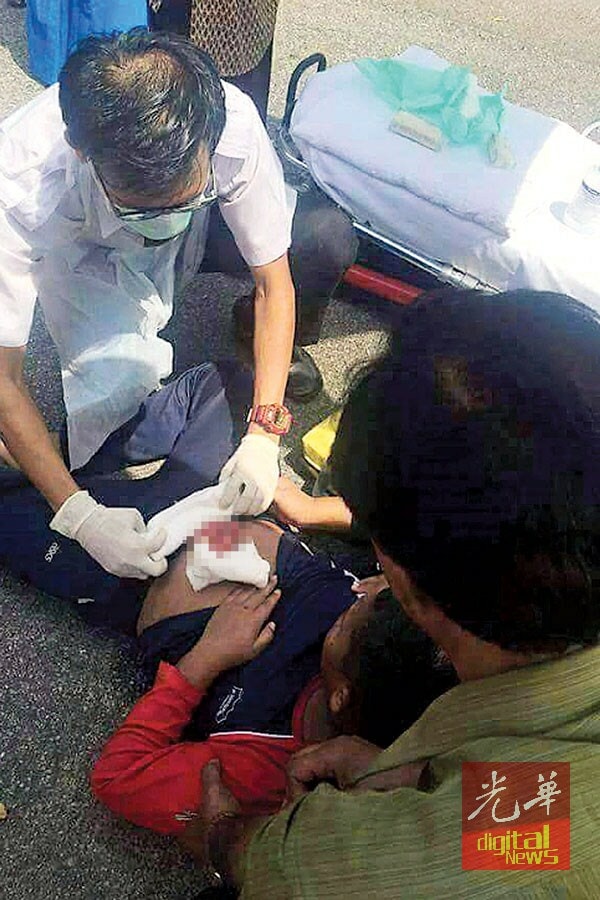 The ambulance arrived some 30 minutes later after the report was made. The victim who lives in Taman Bestari Indah was rushed to the Pandan Specialist Hospital for emergency treatment.

The hospital confirmed that the victim arrived at the hospital at 5.34 pm. After 2 hours of surgery, the victim is now in stable condition and placed under intensive care unit for observation.

So guys, beware of potholes and bumps on the road because they can easily get us into accident.