We have topped the charts again this time, but not in a good way!

Committing any sexual act on a child is despicable and unfortunately for us, it looks this is especially prevalent in Malaysia according to some alarming statistics.

Authorities also report that more than 60 per cent of children spend time in online chat rooms without any parental supervision. Due to this, more and more children are falling prey to paedophiles lurking online to lure these innocent kids. Watch your kids, parents!

Asst Comm Ong Chin Lan of the Royal Malaysia Police’s Sexual, Women and Child Investigation Division (D11) revealed the numbers during a seminar on “Cyber Protection for Children”. The Dutch police had collected the data in 2015, which showed that 17,338 IP addresses involved in child pornography were from Malaysia. That’s terrible!

So, how did these children meet their assailants?

About 51 per cent of them in their teens aged between 12 and 15 years met predators on WeChat. The others met them through Facebook, WhatsApp and Beetalk.

The Malaysian Communication and Multimedia Commission (MCMC) said that in 2015, 91.6 per cent of children below the age of 15 years owned a mobile phone while 88.5 per cent had Facebook or other social media accounts.

However, most parents did not monitor their children’s online activities as only 35.6% said that they would supervise their children when they went online.

Keep a close eye on your kids, parents, before it’s too late! 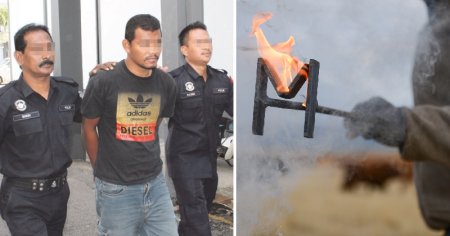