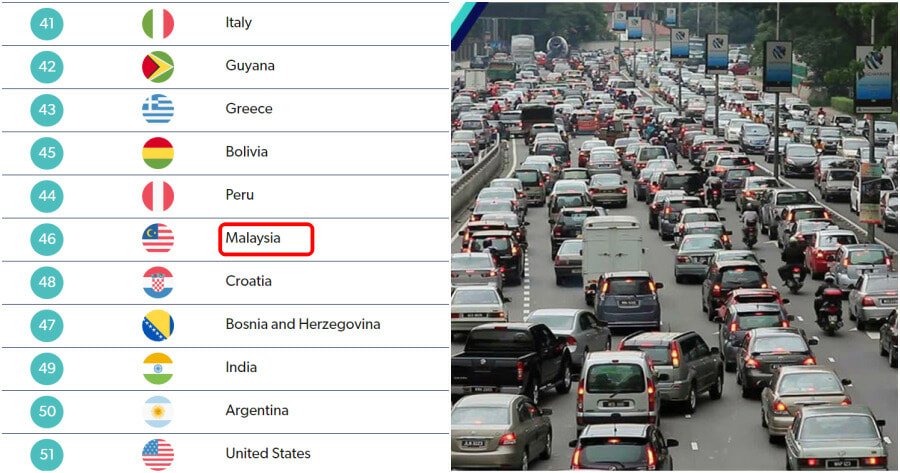 We all know how dangerous driving in Malaysia can be but how do we rank out of the other countries in the world?

A recent survey by independent firm Zutobi, revealed that Malaysia ranked 46th out of 53 on the list of safest countries to drive in. This means that we have the 8th most dangerous roads to drive on! Yikes!

The countries’ ranking scores were calculated based on 5 factors:

According to the Zutobi, “Each country was given a normalised score out of 10 for each factor, and an average score was calculated across all 5 factors.”

The resulting average score was then used to determine each country’s ranking.

For example, Germany is the only country on the list without a speed limit. As this is less than ideal, its normalised score out of ten for the speed limit factor is probably low.

Nonetheless, with the highest seat-belt wearing rate of 98, a BAC level of 0.05 and an estimated road traffic death rate (per 100,000 population) of just 3.8, they scored high enough on these other factors to make up for the lack of a speed limit.

Hence, they managed to cinch the 21st spot of world’s safest countries to drive in.

For the 2nd criteria, Malaysia has a maximum motorway speed limit of 110kph, which was lower than more than half of the countries on the list.

Whereas for criteria 3, Malaysia ranked 37th for front seat-belt wearing rate with a score of 73.8, which is lower than most of the countries. 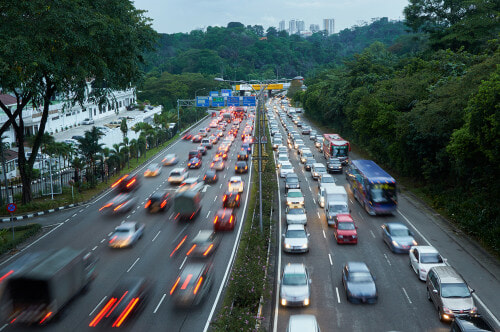 Meanwhile, for the 4th criteria, Malaysia, along with the UK, USA and Guyana, had the lowest blood alcohol concentration (BAC) limit for drivers. The legal BAC level was reportedly 0.08%.

Interestingly, while Malaysia is one of the most relaxed in terms of BAC limit, we also have the lowest amount of alcohol related road traffic deaths, at just 0.1%.

However, our estimated road traffic death rate (per 100,000 population) is a high 22.5, ranking 2nd out of 53 countries with Thailand taking the crown.

On the other hand, Norway, Iceland and Estonia ranked top 3 as the world’s most safest countries to drive in.

Based on the criteria, it is not surprising that South Africa ranked last on the list.

The country has a score of 31 for seat-belt wearing rate, an estimated road traffic death rate (per 100,000 population) of 22.2 along with the score for road traffic deaths attributed to alcohol standing at 57.5.

In comparison, ranking 2nd overall, Iceland has an estimated 2 road traffic deaths per 100,000.

Additionally, Bolivia is the country with the lowest maximum motorway speed limit and front seat-belt usage in the world.

Whilst, Hungary and Cuba, with 7.1 and 33.3 road traffic deaths attributed to alcohol respectively, have a zero tolerance to driving while intoxicated.

What are your thoughts on how Malaysia fared? What do you think we as drivers can do better? Let us know in the comments! 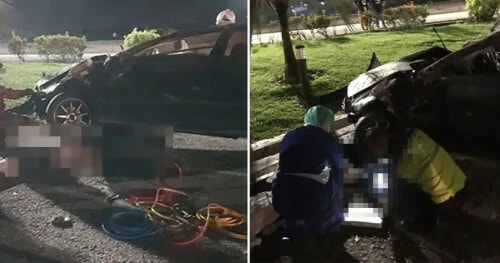