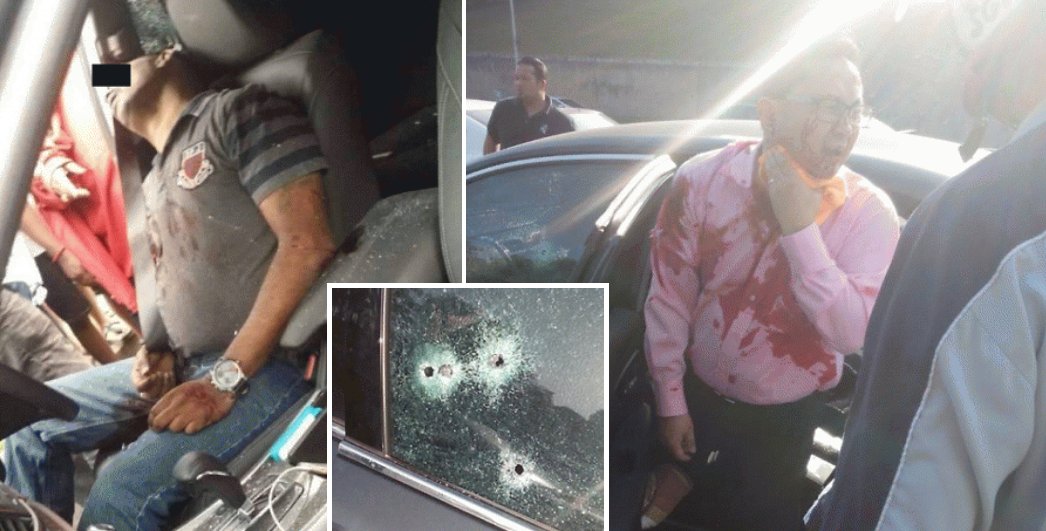 If you are a Malaysian or have been living in the country, you would have been awaken by the significant spike in gun violence that has tainted our country.

Here is the timeline of all the shooting cases that had occurred in Malaysia, this year, according to the Malay Mail.

Found dead with several bullet wounds in the driver’s seat of a Mitsubishi Triton. Victim believed to have been shot at close range at Jalan Jinjang around 2.10pm.

Found dead in a car. Victim was shot at close range in front of a motorcycle shop along Jalan Datuk Keramat at 3.30am. The victim was a businessman and own a Nasi Kandar restaurant and a car wash shop.

The security guard was found dead and the lorry driver severely injured with gunshot wounds. Victims were shot by a motorcyclist in front of a petrol station at Jalan Semenyih, Kajang around 4am.

The victim was a bodyguard of a businessman sustained severe gunshot wounds while driving a Mercedes Benz headed to the KLIA 2 airport. Victim was shot by men in two separate cars at the roundabout near Chaterfield town of the KLIA Commercial Centre, Sepang around 8.45pm.

Both found dead from bullet wounds. The victims were killed in a drive-by shooting by two men on a motorbike at Jalan Kolam, Luyang at 7.30am. Both victims were from Sibu, Sarawak but resided in Sabah.

Shot dead by police while his girlfriend and two of her friends were arrested in Jalan Kilang 51/A, Kuala Lumpur. They were believed to be involved in several robberies and car theft cases.

Kuala Lumpur: Both men driving separate cars were shot at close range at the junction of the Sunway Batu Caves’s main road.

Sarawak: Victim was shot dead in his Toyota Hilux at a junction in Lutong, Miri around 8.30am. The victim was the Miri PKR Secretary and PKR candidate for Bekenu during the Sarawak state election.

Kuala Lumpur: The victim suffered 5 gunshot wounds from a drive-by male shooter on a motorbike along the PLUS Highway near Desa Petaling at 8.40am. The victim was a general manager of a private company.

Selangor: Victim was shot dead by police in defense when he pulled his gun at them. The incident occurred at USJ 11/1D around 12.10pm. The victim was a prime suspect of the Sunway Batu Caves shooting case.

Victim died on the spot while her daughter sustained injuries after being shot at while they were in the car at Jalan Hujan Emas 4, Taman OUG at 2.30pm. The prime suspect is a businessman that had a debt of RM13 mil and was affiliated with the victim. He supposedly had hired two hitmen to assassinate the victim. Nine suspects have been arrested thus far.

The victim was found dead will bullet wounds to his head at Teluk Kulat, Pulau Banding.

The victim was shot at by two gunmen in front of his house in Taman Seri Fajar, near Batu Pahat, Johor, about 10pm.

The victims were a family of four that was found dead with gunshot wounds at their residence, a chicken processing factory owned by the family in Batu Maung Industrial Zone, Penang, around 2.55am.

It was later confirmed that the killer was a family member than gunned down the family with an illegal weapon. He was killed in a crossfire with the police the next day.

The victims were shot at by a group of unknown men at the Elite Highway on their way to the airport KLIA2, around 9.30am. It was later reported as an attempted robbery as the men were carrying a sum of money.

The victim was declared dead on the spot when he was gunned down by two hitmen at the junction at along Jalan Genting Klang, near Setapak Central around 3.35pm. The incident was captured on a security camera that showed the two men arriving on two separate motorbikes and shot at the victim in the car from both sides. Recent reports said the victim was a loanshark.