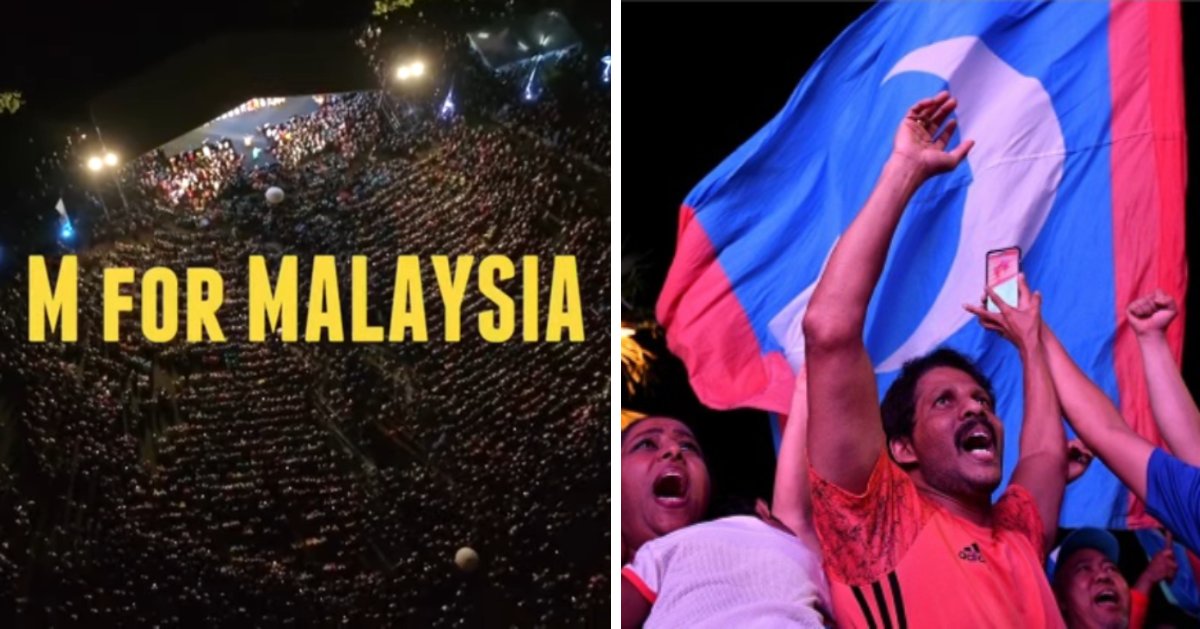 For Malaysians, the 14th general election will go down in the nation’s history as one of the most important events of our country’s history for many reasons. Not only did we manage to change governments through the ballot box without any bloodshed, it was also a demonstration of true democracy in our beloved country. A duo decided that this is a significant story that had to be preserved and shared with the world. Thus, the idea to produce the documentary film ‘M for Malaysia’ was conceived. 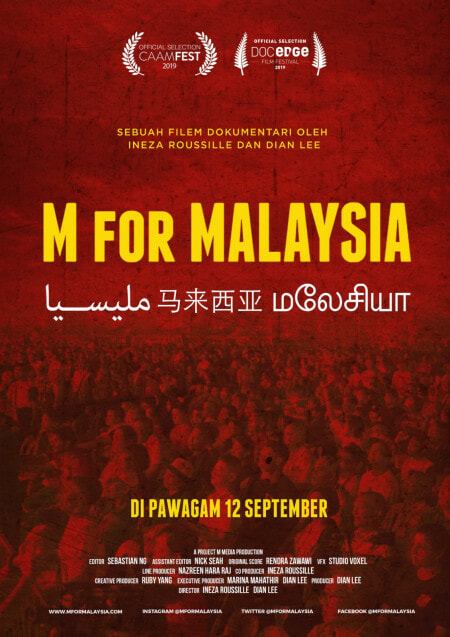 I can almost hear the eyes of some people rolling already, like why documentary films and politics? Boring. Well, the combo may not spark much interest in most people (myself included), but I assure you as a person who is picky when it comes to movies, you will not want to miss out on this. Mainly because this is a story that all Malaysians can definitely relate to, and the film captures the spirit of unity that we so crave for.

I mean, look at the trailer.

The feature documentary, which will be premiering nationwide in selected cinemas from 12th-15th September 2019, is directed and produced by duo Dian Lee and Ineza Roussille, documenting the 16 days of election campaign before GE14.

It was no easy feat condensing ninety hours worth of footage into a 93 minute-long documentary that manages to stay informative and objective while capturing the intense drama of modern Malaysian politics. All within the span of a year! 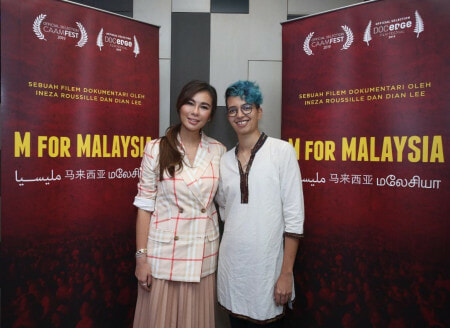 Which I think is a wise move, given that people would otherwise pass it off as propaganda. Considering that Roussille is the eldest granddaughter of Tun M and Lee’s father is a close ally of Tun M as well, the stakes are pretty darn high. Lee said,

“Ineza and I decided from Day One that we have to be as honest and authentic about how we feel about (the conflicts within the Malaysian political scene).”

One particularly raw moment in the film was when Dr Wan Azizah described the night when police suddenly raided their house and took away her husband, Datuk Seri Anwar Ibrahim in 1998. The following day, rumours of his death reached her ears and made her “quite hysterical”. She recalled it as “the worst moment of (her) life” before requesting the camera to stop rolling as she tried to compose herself after recounting that dark moment. 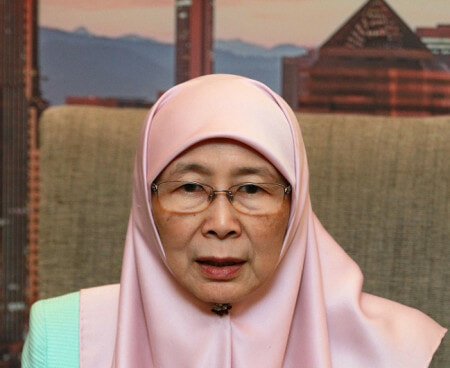 Watching scenes like this in the film gave more depth to just how monumental it is for previous sworn political adversaries to forgive, reconcile and work together to form an unlikely coalition to win GE14.

Past events leading up to GE14

The film also addresses other significant political events such as Ops Lalang, the sacking of Datuk Seri Anwar Ibrahim as deputy prime minister and the Bersih rallies, giving more context to highlight the significance of Pakatan Harapan’s victory in GE14. 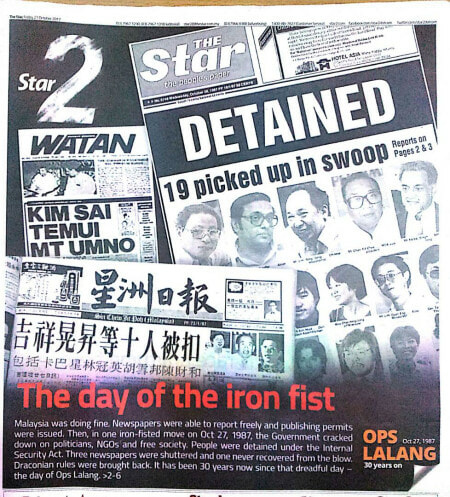 “We decided early on that it was important to include Bersih, because it was so integral to the whole movement of electoral reform and how we got to May 9th,” said Roussille.

“So it wasn’t just a movie about politicians, it was also about the people.”

The able, the willing, and the cheeky.

While reconciliation and forgiveness are the underlying themes of the film, there were some light-hearted scenes that balanced out the gravity of the narrative, some of them including adorable moments between Tun M and his wife, tender moments shared by Marina Mahathir and her mother, and even a candid shot of the 92-year-old Prime Minister poking his tongue out cheekily at the camera! 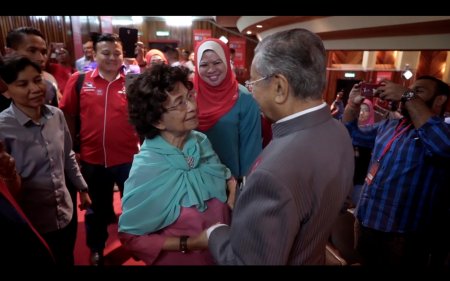 Finding the sound of this documentary

What is unique about this documentary film is the presence of an original theme song and the incorporation of the ‘Negaraku’ tune into the music score of the film. Which, in my honest opinion, is just genius because it marries beautifully into the scenes by award-winning music composer Rendra Zawawi, who is one of the songwriters behind the Golden Horse Film Awards-winning Zee Avi hit “Arena Cahaya” from Ola Bola in 2016.

The theme song “Bermula Kita” featured Yuna on the vocals and the Malaysian Philharmonic Orchestra (MPO). Tbh, anything Yuna is yes, and Rendra’s subtle artistry in this is impeccable so only praises for this music video.

You can check out the music video below, which also includes scenes from the documentary.

The film made its international premiere earlier this year in May at the Centre for Asian American Media Festival 2019 (CAAMFest) in San Francisco and Doc Edge in New Zealand. Later in October, it will be featured in the Busan International Film Festival, which is the largest film festival in Asia. 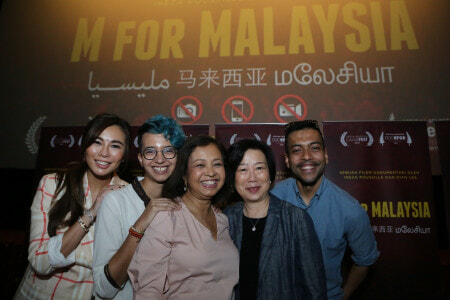 While Lee hinted that there are talks with Astro, Netflix and other platforms to make the documentary available to the general audience, those who want to catch the documentary can check it out in one of the 37 cinemas nationwide here.

Personally, although this film does not give any extra information on what really goes on behind the scenes, it does add the emotional dimension that newspapers and the general media are unable to provide. Seeing the story as a whole, it really does feel more like a drama with all kinds of plot-twists and climax rather than a meh documentary.

While the future of Malaysia Baru is still uncertain, we can be sure that this epic tale is something we Malaysians can proudly share and claim to be ours. 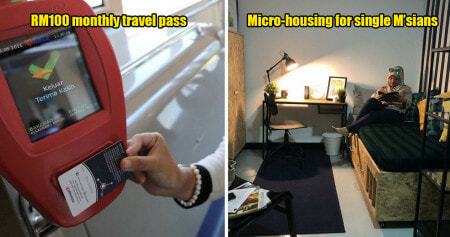