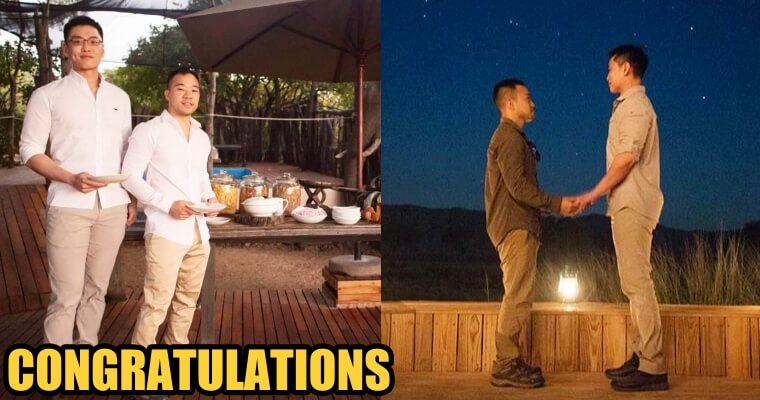 Lee Kuan Yew’s grandson, Li Huan Wu, has tied the knot with his boyfriend in Cape Town, South Africa on Friday (24 May). This piece of good news was revealed by Li’s now husband, Heng YiRui on Instagram.

He shared his happiness with the world that he got to marry his “soul mate”. Aww! 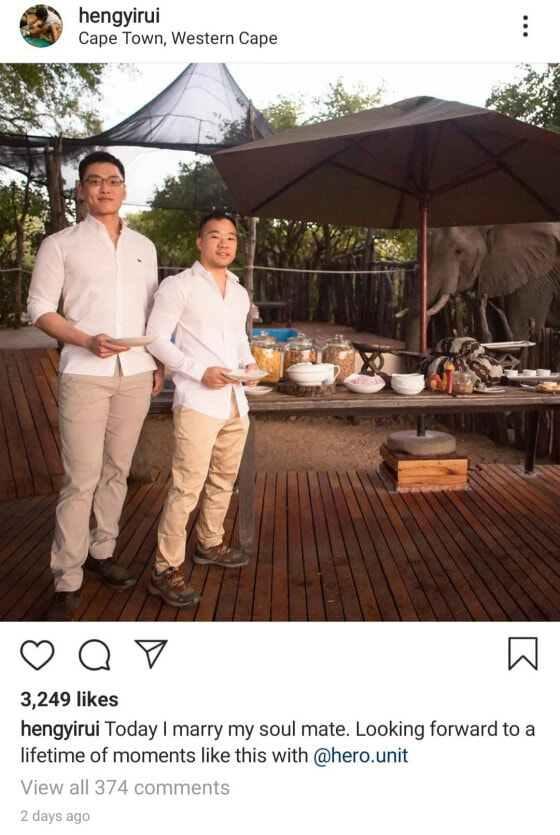 The news of their marriage garnered a lot of positive reactions from where the newlyweds came from — Singapore. Although gay marriage in Singapore is still illegal, in fact, so is gay sex, nothing can stop them from having their love recognised.

According to South China Morning Post, Li told them,

“I’ll echo my comment I made to Pink Dot — today would have been unimaginable to us growing up. We are overjoyed to share this occasion in the glowing company of friends and family.”

FYI, Pink Dot Singapore is a non-profit movement against lesbian, gay, bisexual and transgender (LGBT) discrimination. The couple had also attended Pink Dot in 2018 to celebrate with the LGBT community in Singapore.

Pink Dot Singapore has shared a post on Instagram to celebrate the awesome union between Li and Heng! 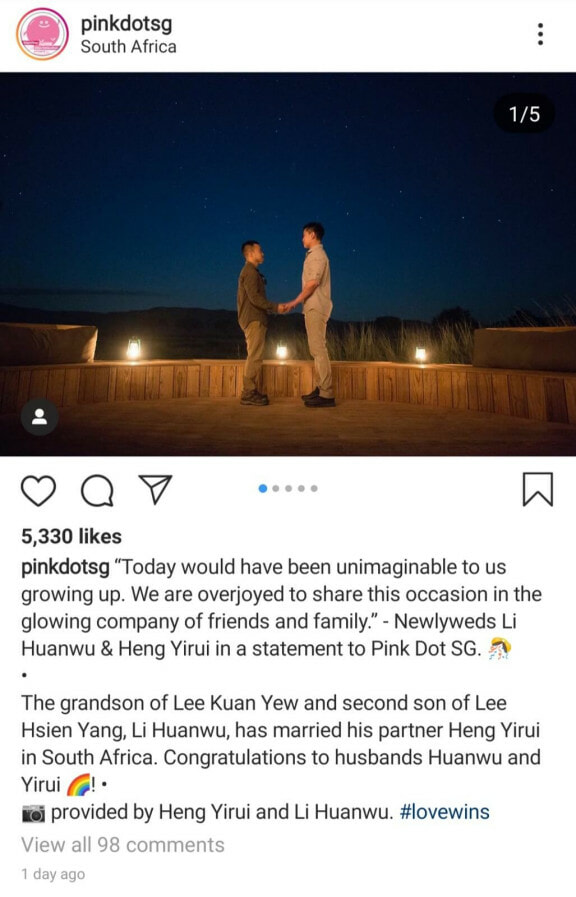 Netizens were thrilled to hear the good news, and many congratulated the couple under Pink Dot SG’s Instagram post!

It seemed like quite a number of them were looking forward to the day when gay marriage is legal in Singapore. 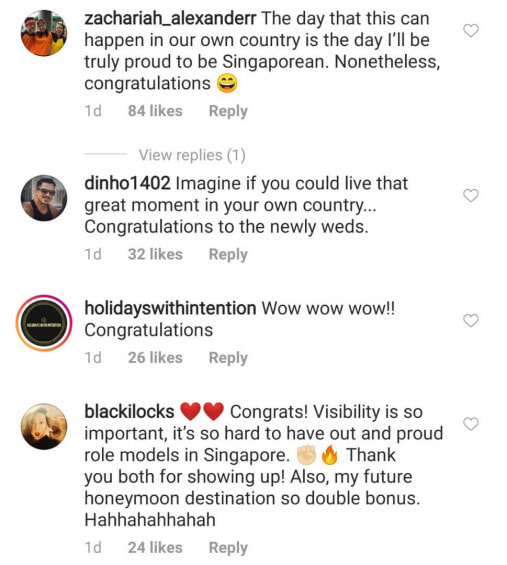 Li’s father, Lee Hsien Yang is the second son of the late Lee Kuan Yew. When Lee Hsien Yang was asked about his son’s marriage, he told them “I believe my father (Lee Kuan Yew) would have been thrilled to know this”.

Congratulations to the newlyweds and we are glad to see positivity surrounding this sweet piece of news! 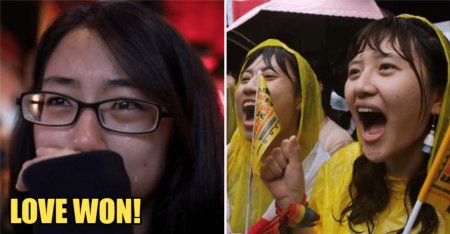