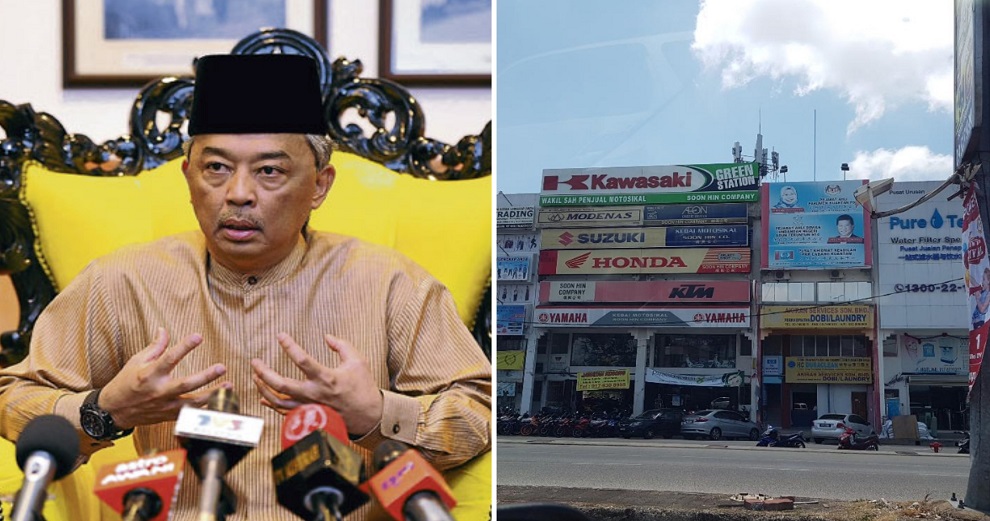 In November 2018, it was announced by the Kuantan municipal council (MPK) that the Jawi script will be used more extensively in road signs and businesses across the city. This comes after Yang di-Pertuan Agong and Sultan of Pahang Tengku Abdullah Sultan Ahmad Shah made a decree for Jawi to be used more widely across the state.

“Next year, we will ensure the owners of business premises use the Jawi script in their premises on their signboards as well,” said MPK president Datuk Fadzilla Salleh, according to the Malay Mail, adding that this script will be introduced to signboards across Kuantan sometime in 2019. 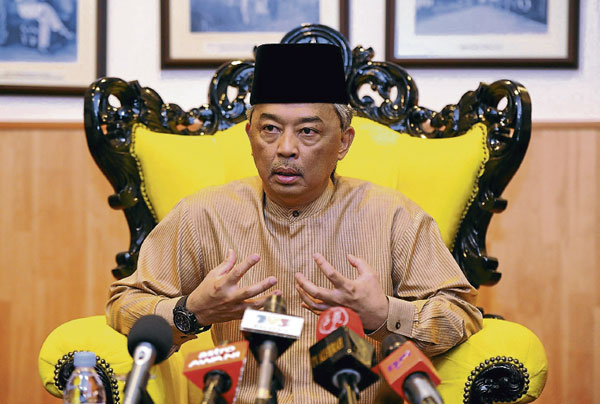 “We will soon use the first Jawi script on the road sign for Jalan Tengku Mahkota (the road heading towards Istana Abdul Aziz).”

Now, according to Sin Chew Daily, MPK recently instructed that all promotional and business signages would have to show dual-languages and include the Jawi script. This will reportedly be made effective starting 1st August 2019. 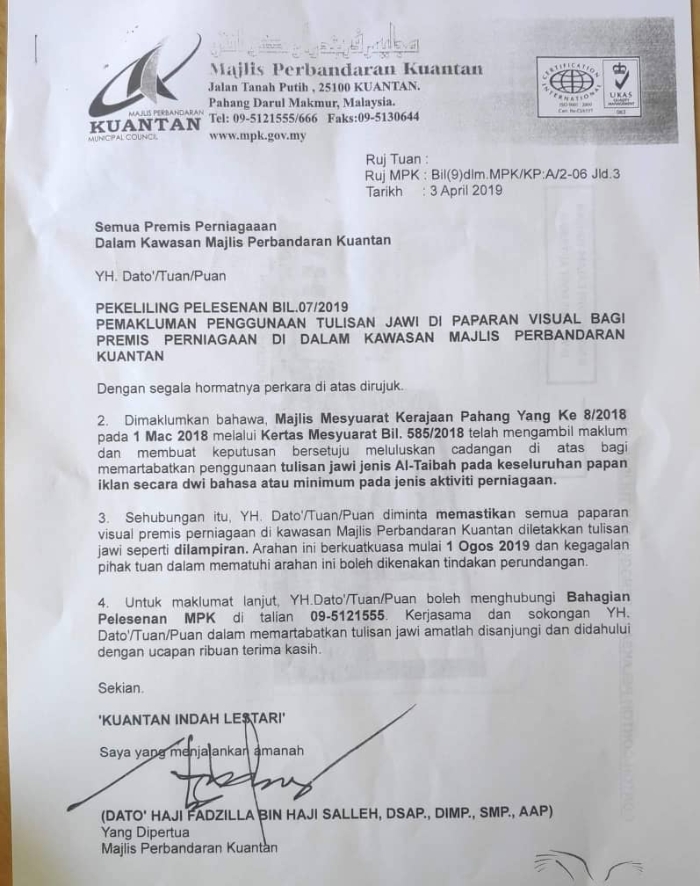 According to Sinar Harian, the Sultan of Pahang and current Yang di-Pertuan Agong previously addressed this during the officiating ceremony for the Program for Upholding The Use of Jawi in Pahang in November 2018. He was quoted by the daily as saying,

“Jawi needs to be taught in schools and at tertiary levels too. Jawi writing competitions can also be held to increase people’s appreciation for the script.” 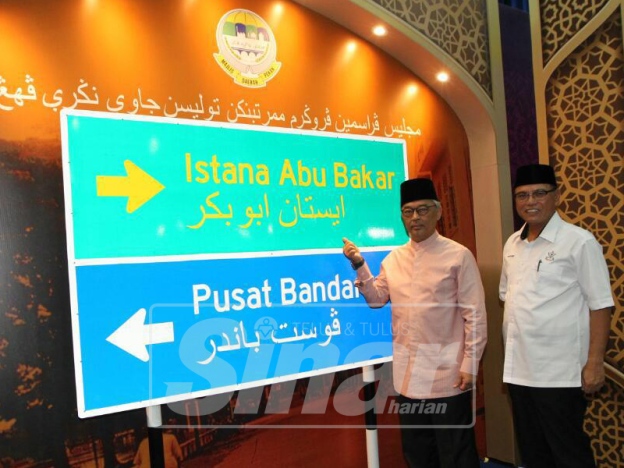 He added that in an effort to encourage the use of Jawi, the script should be used widely on road signs, business premises, offices, government agencies, and state education offices in Pahang.

What are your thoughts on Jawi being introduced to business signboards across Kuantan? Let us know in the comments section! 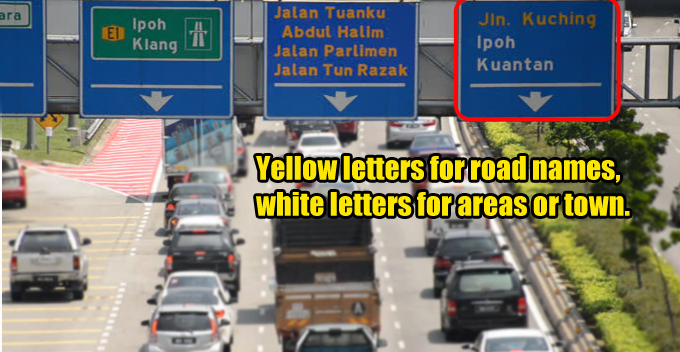