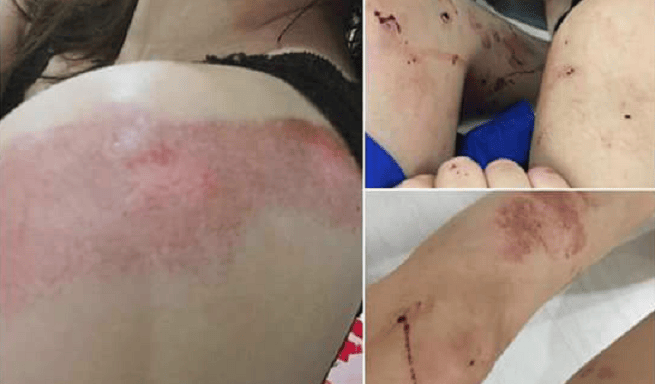 A Korean woman lost RM20,000 in cash and valuables after falling victim to snatch thieves on Sunday, after a shopping trip in KLCC, prompting her to let loose her rage on social media.

“If anyone want to come to visit Malaysia, I want to tell them stop doing stupid thinking.” she says.

According to theSun, the 30 year-old victim, who reportedly arrived in Malaysia a month ago, was strolling along Jalan Ampang after shopping at KLCC when snatch thieves on a motorcycle approached her and snatched away her sling bag.

She said that she has sustained bruises and a cut on her head that required stitches after the incident.

The victim, under the name of ‘Yuna Park’ recounted her harrowing ordeal on Facebook.

She vents out at Malaysian police, calling them “useless”, and claimed nurses who treated her “were laughing” and did not take her seriously.

Kuala Lumpur police deputy CID chief ACP Mohd Hanafiah Arshad, meanwhile, told the daily that the victim only lodged a police report on Thursday after being advised by the Korean embassy to do so.

“She had gone to the embassy to get a replacement passport but they told her she can only be issued one if she made a police report. So, she made the report. We are investigating the case for robbery and are trying to trace the crooks involved,” he was quoted saying.