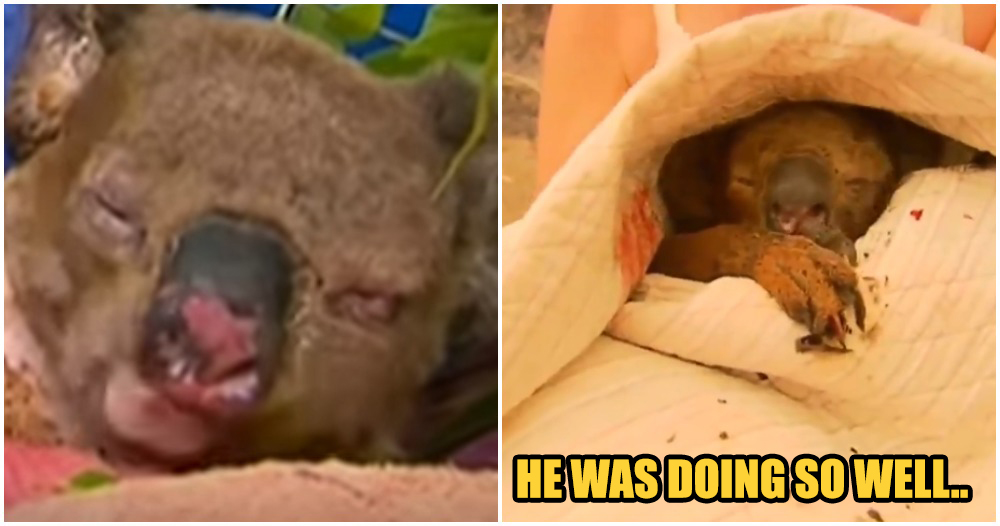 The Australian bushfire has been a terrible tragedy that has caused extreme devastation and the death of animals, specifically koalas. Hundreds of koalas have died and the situation has worsened to such an extreme that there was even a rumour that koalas have become “functionally extinct”. (Don’t worry, the rumour has since been debunked!) This still doesn’t take away from the tragedy that’s happening there.

In the midst of all this, a heartwarming event happened last week when a woman risked her life to save a burning koala from the fire. She even gave the koala some first aid help by dousing its body with water to prevent the bear from dying of dehydration.

A woman rescued a badly burnt and wailing koala from an Australian bushfire on Tuesday.

The koala was spotted crossing a road amongst the flames near Long Flat in New South Wales, on the eastern side of Australia.pic.twitter.com/Lk0pgd9TKN

The koala was then admitted to the Port Macquarie Koala Hospital for further treatment, where it was even lovingly named Ellenborough Lewis after his rescuer’s grandson. He received treatment for the severe burns he suffered on his feet, chest and stomach. In the video below, director of the hospital explains that his injuries were some of the most serious ones from the bushfire, and his advanced age also didn’t help. He only had a 50-50 chance of survival.

Unfortunately, it’s been reported that Ellenborough Lewis has just been put down today due to his extreme injuries.

“In Ellenborough Lewis’s case, the burns did get worse, and unfortunately would not have gotten better.”

It’s definitely extremely saddening news as this incident came as a glimmer of hope, but even that seems to be gone now. The hospital shared this heartbreaking news on their Facebook page, which got overwhelming messages of love and support from everyone. 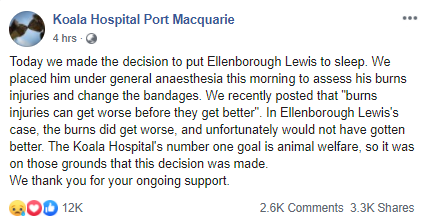 His rescuer, Toni Doherty, told Channel Nine’s Today on why she decided to save the koala. She said that at the moment all she could think of was saving him, so she immediately took off her shirt and covered him. Toni added that she could feel the heat radiating from his body as he screamed in pain.

“He was being burnt. He was burning underneath, on his little back legs when he was approaching the tree, I’ve never heard a koala before, I didn’t realise they could cry out.”

We can’t imagine the sadness Toni must feel now as the koala she saved has died. However, it was probably better for the koala this way than to be suffering in pain. 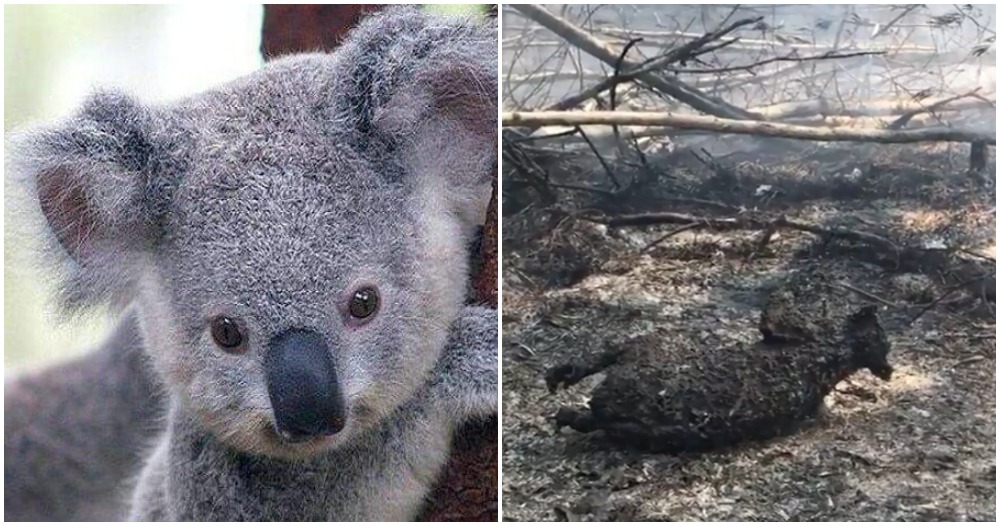