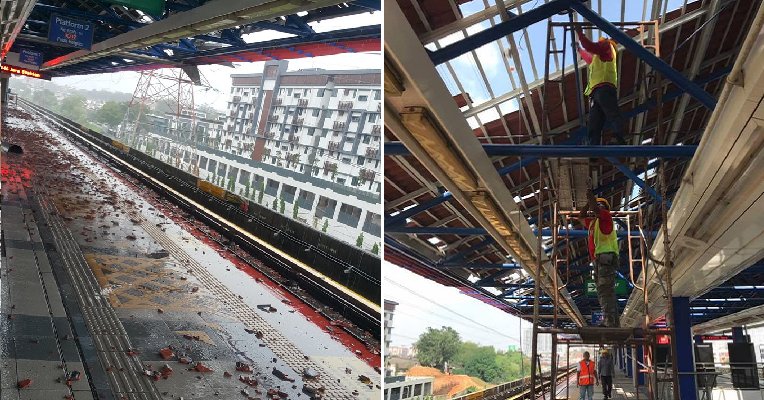 If you were in the Klang Valley on March 3 you would have realised that there was a freak thunderstorm that happened around late afternoon in several areas.

One of the places that was hit the hardest was the Kelana Jaya LRT station, where users shared photos of the devastation at the place.

Update: Rapid KL announced that all repairs are done and the station will resume its operations tomorrow 6am. You can read the full statement here. 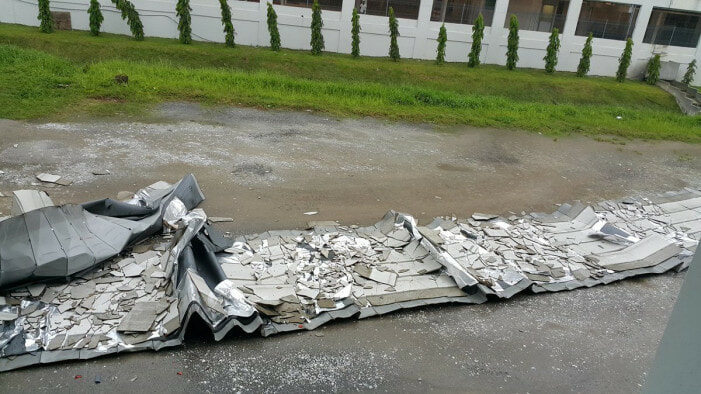 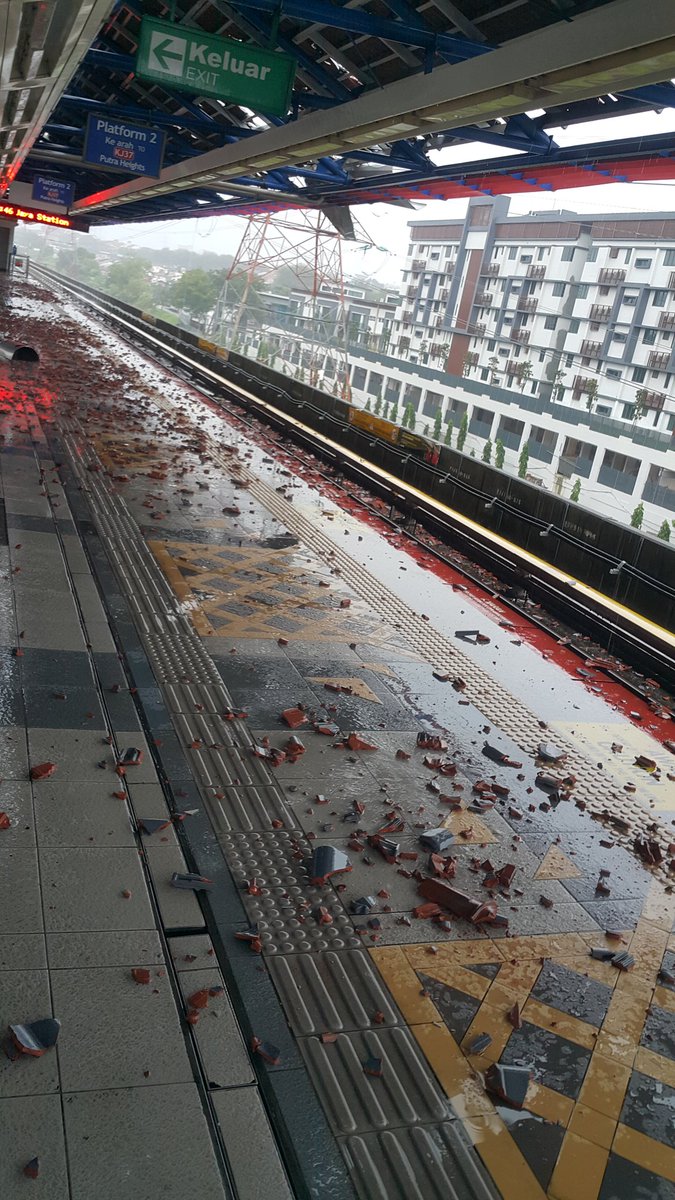 It was reported by The Star that the strong winds and heavy rains had caused portions of the roof to fly off. Debris from the roof was flying around during the incident, but luckily no one was hurt. According to FMT, a worker at the convenience store described the incident, saying that he heard a loud bang while he was at the shop.

“Commuters who were near the area rushed to leave the vicinity. Some portions of the station’s roof had fallen near an electrical substation and parking lots,” he added.

However, passengers who were waiting at other stations when the freak storm occurred voiced their disapproval as Rapid KL did not inform them of the accident. One passenger had to wait a total of 90 minutes at two different stations for the train to arrive, NST reported. Apparently announcements were only made 30 minutes after that, which was frustrating as commuters could have arranged alternative transportation.

Following the thunderstorm, Rapid KL has issued a statement saying that the Kelana Jaya LRT station will be closed due to unforeseen circumstances.

So if you usually take this station, go to Taman Bahagia instead.

To help facilitate the movement of passengers who want to go to Kelana Jaya LRT station, Rapid KL has scheduled free shuttle buses from Taman Bahagia to Kelana Jaya and back. The buses are expected to arrive every 10 to 15 minutes so do take note if that is your stop!

Here are the buses involved: 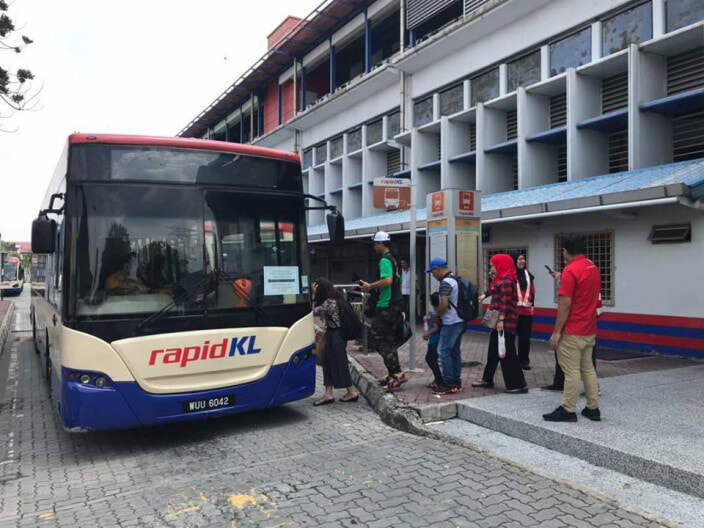 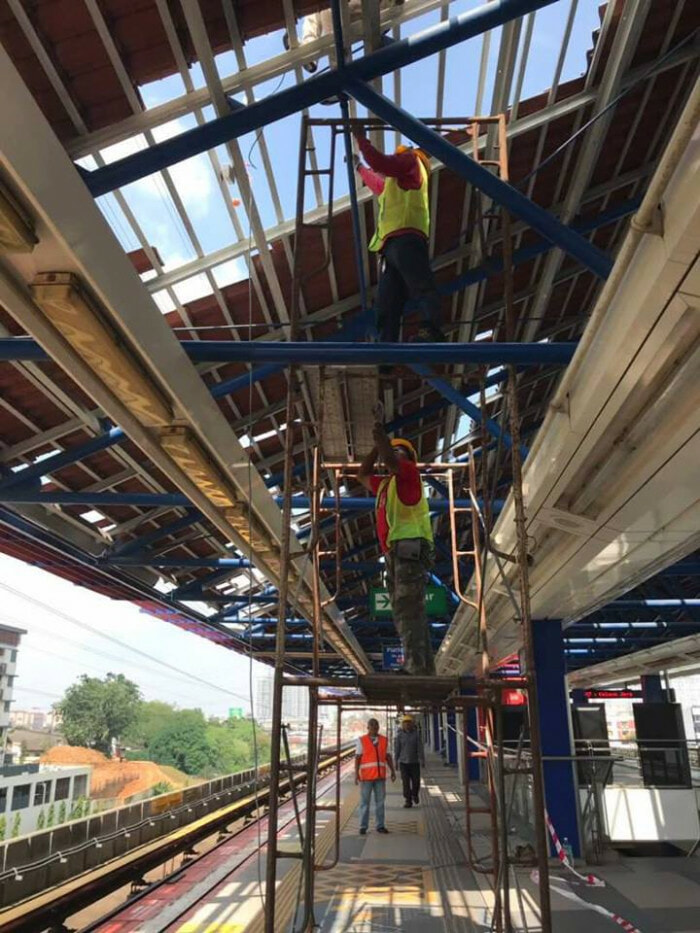 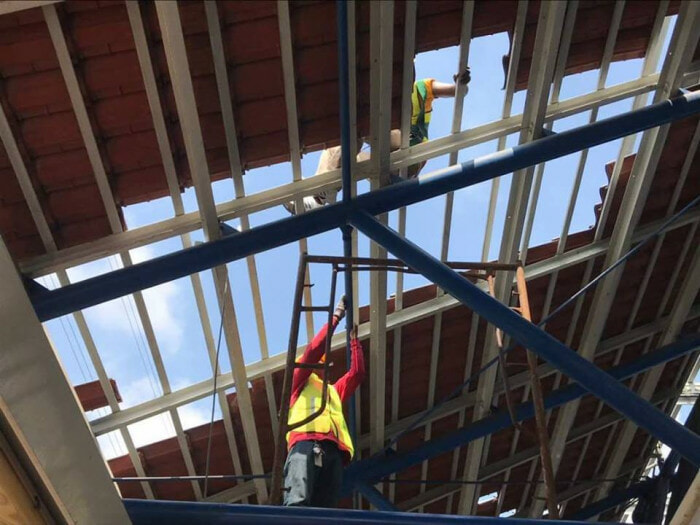 Don’t worry if you are using that line because Rapid KL has assured that the trains will be running as usual, just that they would bypass Kelana Jaya LRT station on their route. One netizen commented that the trains would be slightly slower than usual as one side of the track was closed to clear the debris.

Repair works are currently ongoing at the station as Rapid KL apologises for the inconvenience till further notice. For more information, you can check their Facebook page.

Hopefully they can finish the job before rush hour comes!

Also read: Starting February 3, KTM Will Be Changing Their Operating Schedule Due to Upgrading Works 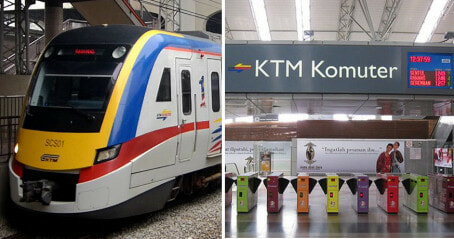