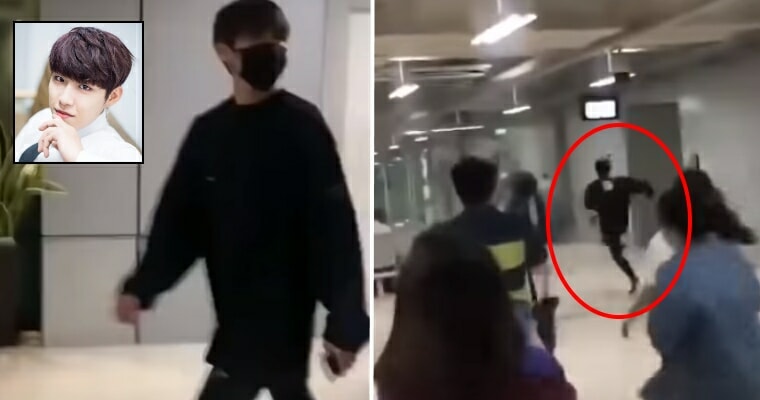 Being famous is something that many people want to achieve as you get praise, respect, and love from people all over the world, not to mention the perks and benefits that follow. But as with all things, fame comes with a pretty hefty price to pay, especially the loss of privacy.

K-pop star Park Woo Jin, a former Wanna One member can attest to that as a video of him has gone viral on social media showing him literally sprinting as fast as he can as he’s mobbed by frantic fans, according to a report by AllKPop.

The South Korean rapper and songwriter had just returned to his home country after some appearance shoots abroad for the Thailand edition of SBS variety show ‘Laws Of The Jungle.’ The video shows him walking through the airport with his entourage. After a quick glance, he suddenly realised that a swarm of manic fans were slowly closing in on him and straight up started running full speed. The video shows the girls laughing and calling out to him, with some even trying to chase after him as he tries to escape their clutches.

It’s not uncommon for such occurrences, with many Korean celebrities living in fear of such “Sasaeng“ fans, generally females ranging from 17 to 22 years old. These obsessive fans have done things like trying to kidnap the stars, stalking them in real life, and even breaking into their homes and waiting for them. They also do borderline criminal acts like trying to steal their personal belongings and sending them messages in blood. It’s reported that most celebrities have 100 active stalkers every day.

Netizens who’ve seen the clip have commented their sympathy for the celebrity.

“It’s so shameful he has to run, he should be able to walk normally. And I can’t believe they’re laughing, these stalkers should be fined!”

“Please quit following him like this. My heart hurts for him and I’m so upset. Even though they’re idols, they should be given privacy…”

What do you guys think? Do you encourage or support this behaviour? Let us know your thoughts in the comments below! 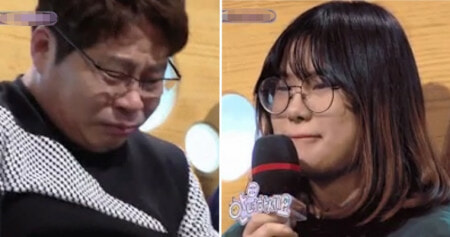