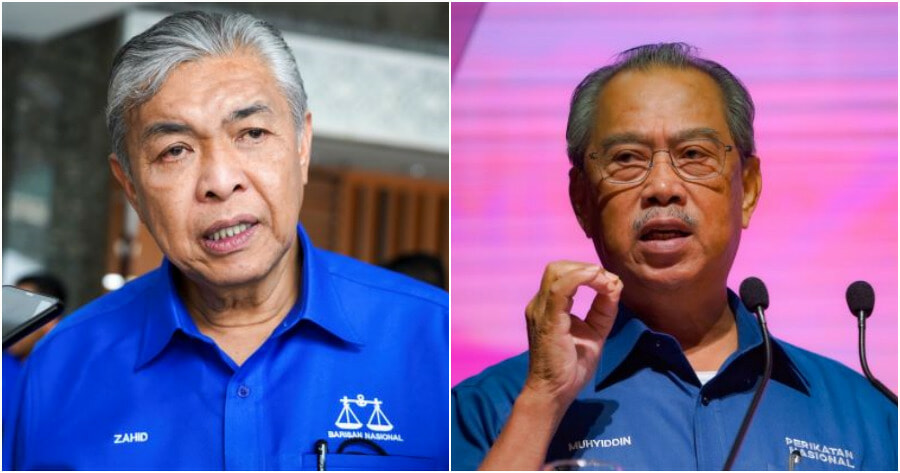 And yet, another turn of events that may leave many Malaysians confused with the ongoing situation.

Just this evening (November 20), Abang Johari Openg announced that GPS is ready to work with BN, PN, and GRS to form a federal government. However moments ago, the Chairman of BN, Dato Seri Zahid Hamidi released a statement via the Facebook page of Barisan Nasional and revealed that no discussions have ever taken place among  BN, PN, and GRS. 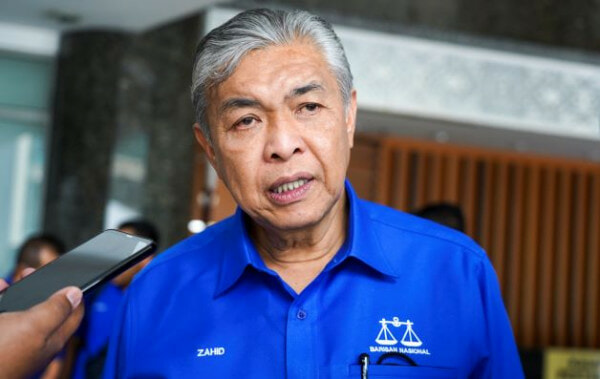 In response to Abang Jo’s claims, Zahid also said that as of now, there has been no understanding or agreement among all of them that will lead to the formation of a federal government.

Zahid added that all MPs of BN who have won in GE15 have agreed to give him the mandate when it comes to any decision relating to the combination with other parties to form a government. Any MPs that are found breaching the trust will be released from the party. 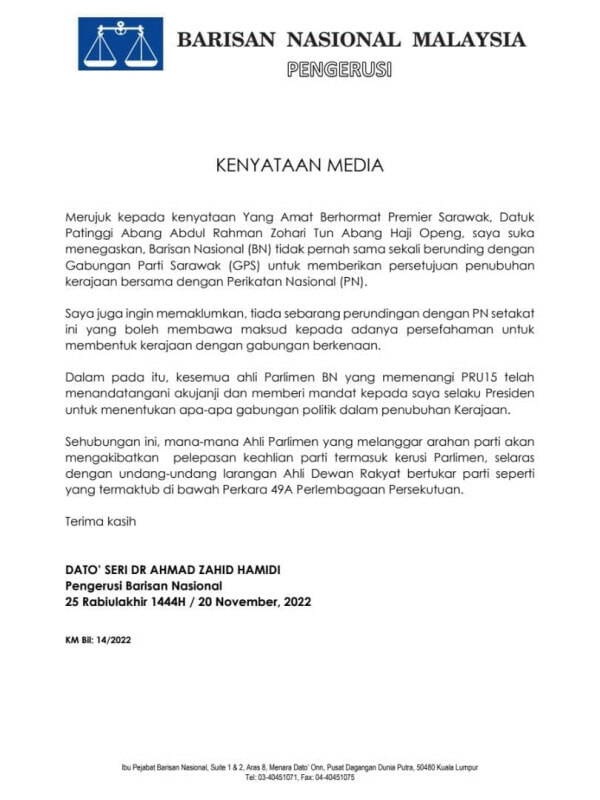 We wonder what else is “brewing” among the parties! Stay tuned for more updates!