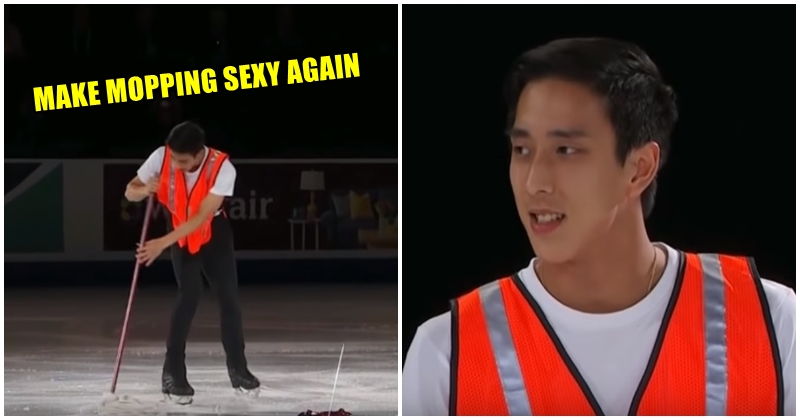 If you ask any Malaysian about ice skating, most will fondly remember the time that they have spent in Sunway Pyramid holding the walls for dear life, or the American sports comedy-drama film The Mighty Ducks (although that’s a different sport altogether). 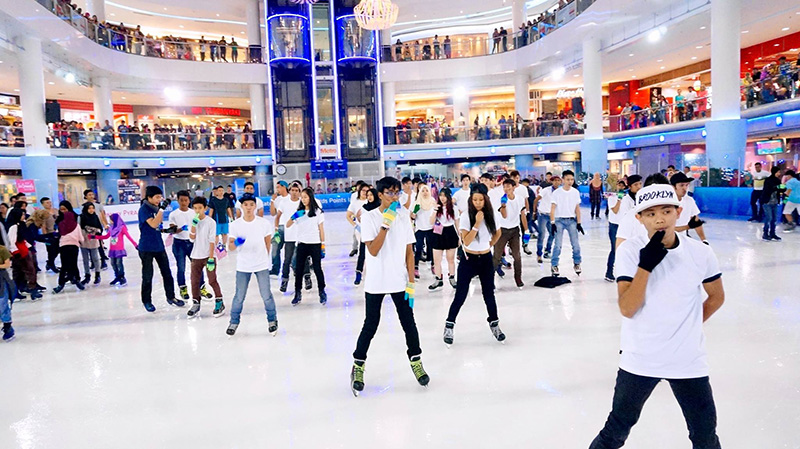 Despite not giving much needed attention, Julian Yee has certainly not shy away from Malaysia’s figure skating spotlight ever since becoming the first Malaysian figure skater in the Winter Olympics.

The 21-year-old showcased his skills by taking things up a notch, dressing up as a janitor at Skate America 2018. Even the commentator said, “Although he finished in 7th place but boy he really lit up this crowd in this short programme.” You can also hear someone cheering, “Go Julian!” in the background.

“This is true performance. I mean, he showed up with a mop!” the commentator added.

His whole performance was nothing short of eye-catching. His effortless skating only gave us goosebumps!

With his video making rounds on social media garnering a lot of attention, we can safely say Malaysians are indeed thirsty for more of him and his performances in the future. 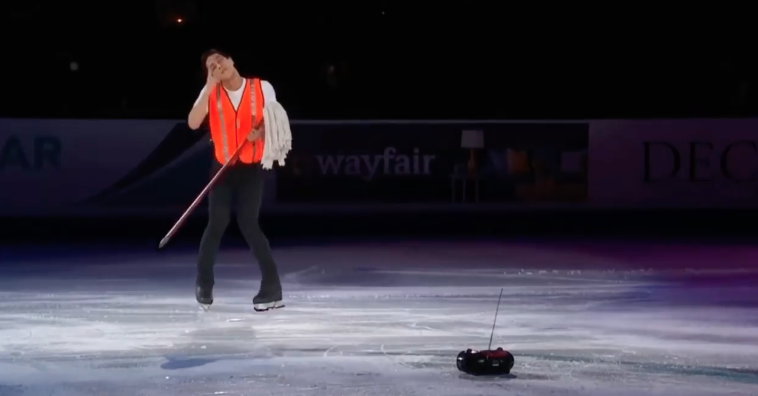 Julian’s janitor routine came during the Gala Exhibition – which places emphasis on flair, creativity and is intended to please the fans. The 21-year-old did not disappoint as he paired a mop and a radio, to tracks from 10 Things I Hate About You and Pitbull’s Fireball.

His performance garnered a seventh overall finish, a pretty big deal for the 21-year-old.

The 2018 Skate America Competition in Washington is the first stop along a six part 2018-19 Grand Prix of Figure Skating season. Julian placing seventh overall will definitely be a sense of pride for the nation especially seeing him excel in a sport not traditionally associated with our weather. 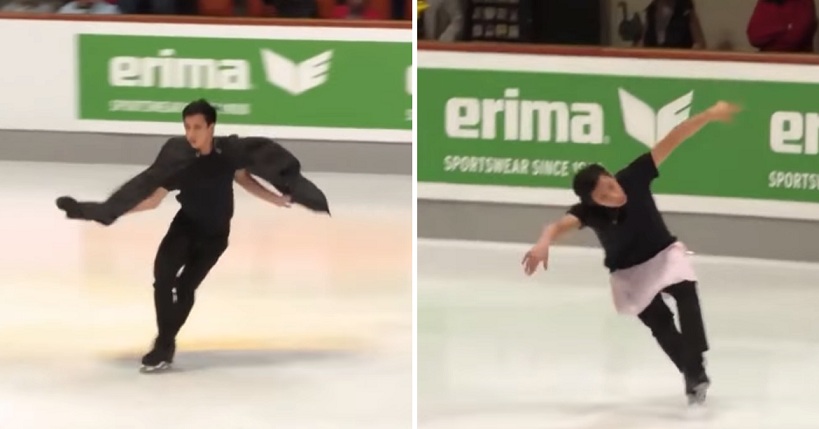