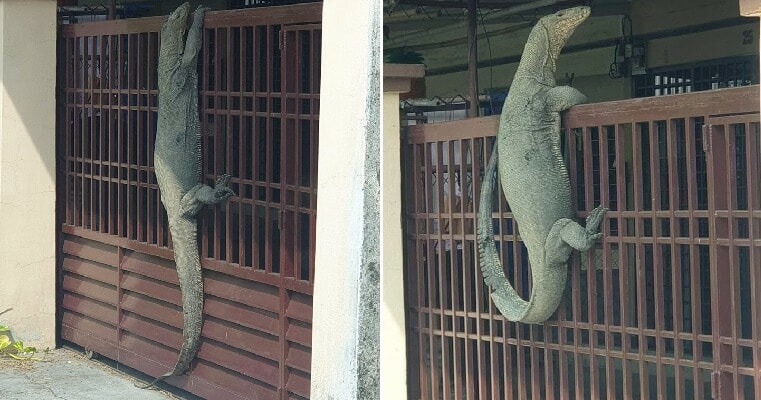 An unexpected visitor to this Johor man’s house caught him by surprise yesterday (4th July) and he took photos of the incident to share it on social media. Apparently, a gigantic monitor lizard had visited his house and climbed up his front gate, looking like it wanted to enter the residence. 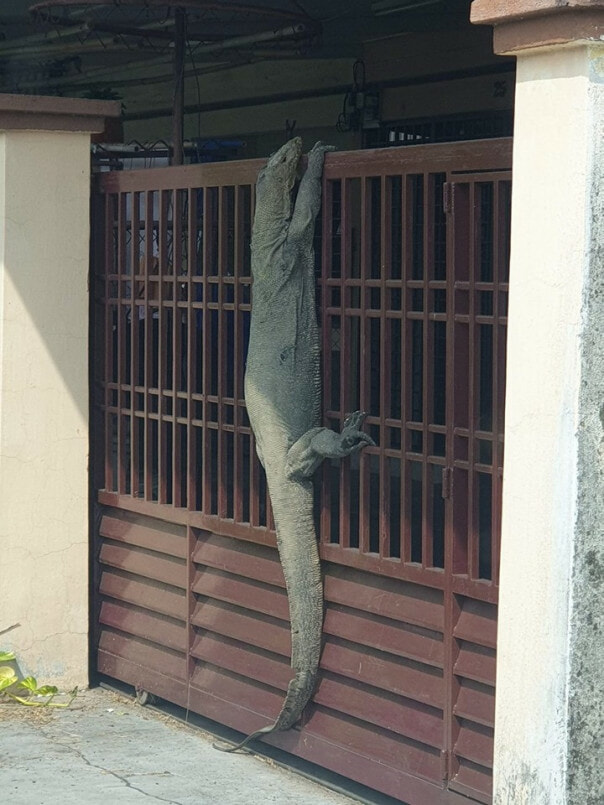 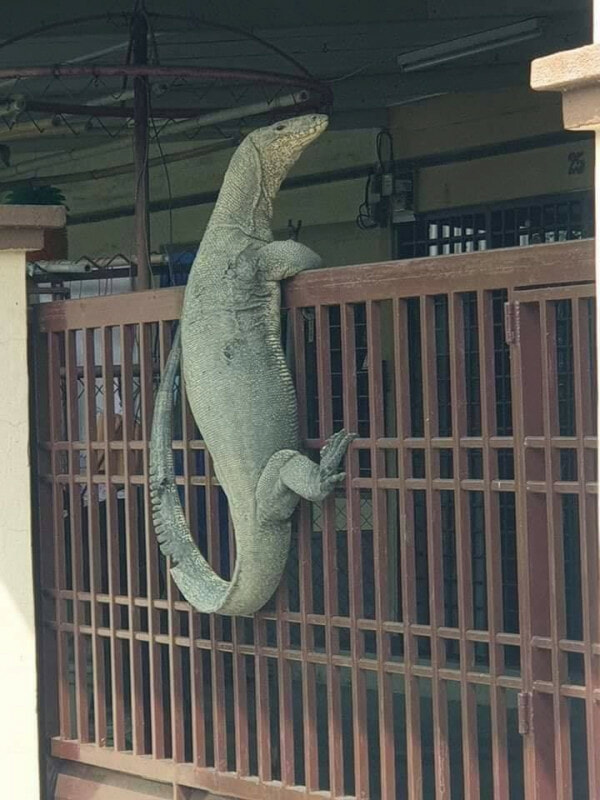 In his post, he jokingly wrote, “You might have pet dogs at home but I have a small ‘crocodile’ here!” At first glance, it does look incredibly like a crocodile but on closer inspection, it’s actually a really huge monitor lizard. It is unclear what happened but photos of the incident show the reptile climbing the front gate of the house and hanging precariously there. 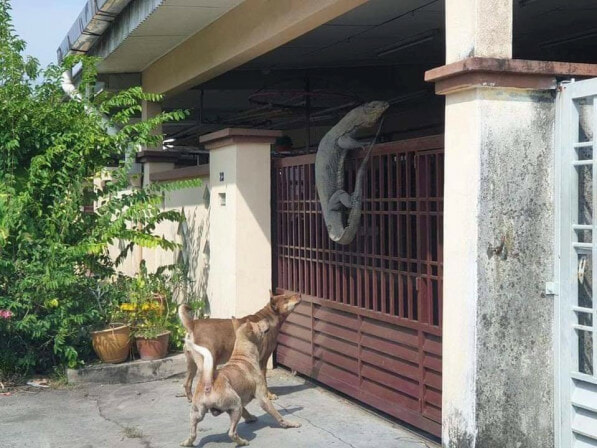 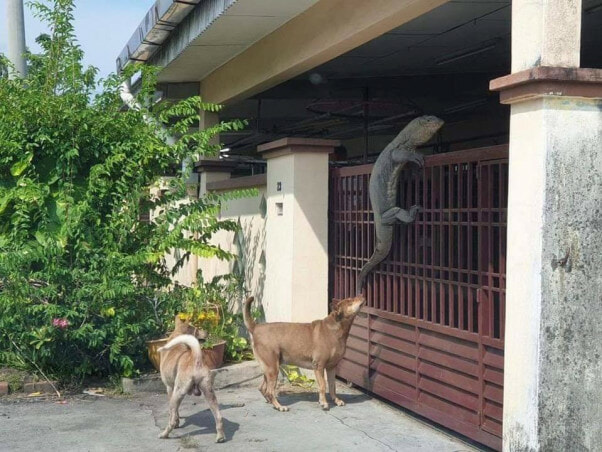 This strange phenomenon also attracted the attention of two neighbourhood dogs, who were puzzled by the creature and looking like they were investigating the monitor lizard. Netizens were amused by this, with some telling the poster that the monitor lizard would bring him good luck. In fact, he agreed, and said, “I think the lizard is here to give me money!” 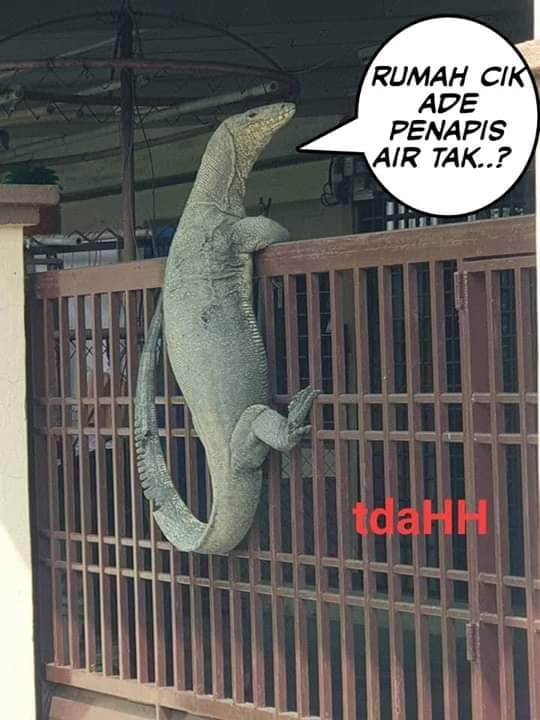 Some of them said that he should buy lottery numbers since the monitor lizard had visited his home. Naturally, commenters created some funny memes of the incident as well. Based on the comments, it appears that they called the Fire and Rescue Department (Bomba) to catch the reptile but in the midst of this, the monitor lizard managed to slip away and escaped through a nearby drain.

Have you ever seen such a huge monitor lizard in a residential area before? Share your experiences with us in the comments section! 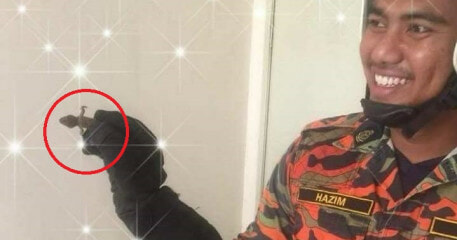