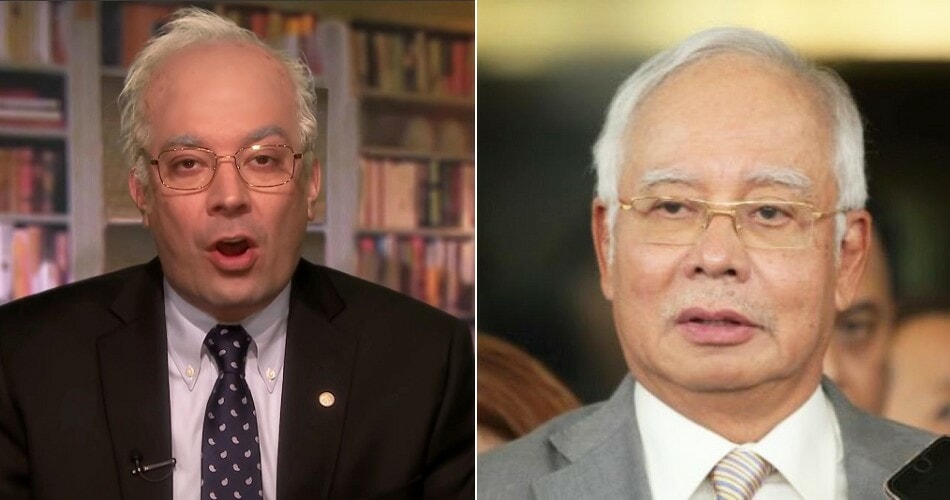 If you follow The Tonight Show Starring Jimmy Fallon, you’d know that the TV host does a lot of impersonations of famous people for comedic purposes. He often takes inspo from real-life situations (mostly politically-inclined) and turns it into comedy skits.

Recently, Fallon released another skit of him playing an American politician, Bernie Sanders. The video is actually a parody of Sanders’ announcement for the 2020 US election in which he will be running for president.

However, Malaysians who saw the skit recognised someone else – they thought that Fallon looked a little too familiar and similar to another politician whom we all know so dearly: Datuk Seri Najib Razak.

Check out this side-by-side comparison: 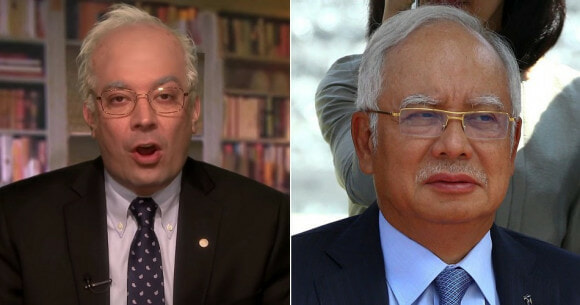 The resemblance is uncanny, if you ask us!

In a tweet posted by HuffPost Comedy, several Malaysians pointed out that Jimmy Fallon who tried to impersonate Sanders looks eerily similar to Najib. Here are some of the responses under HuffPost’s tweet:

Some netizens even tagged our former prime minister in their tweets. LOL 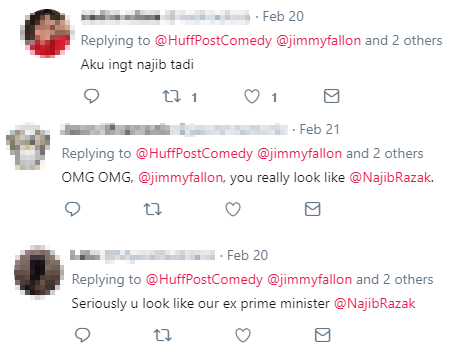 Meanwhile, others shared screenshots of the video on Twitter and wrote that Fallon looks exactly like Najib. Well, we can’t disagree! 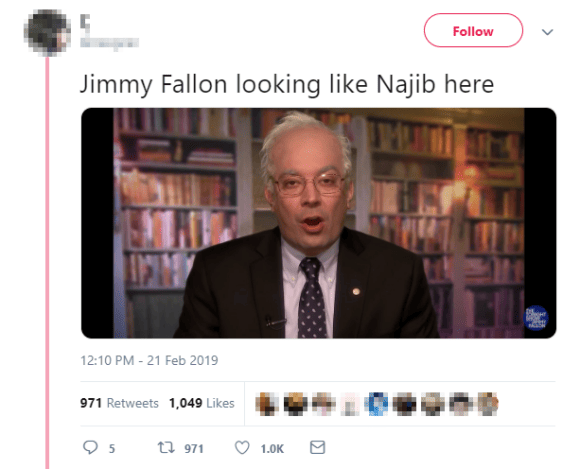 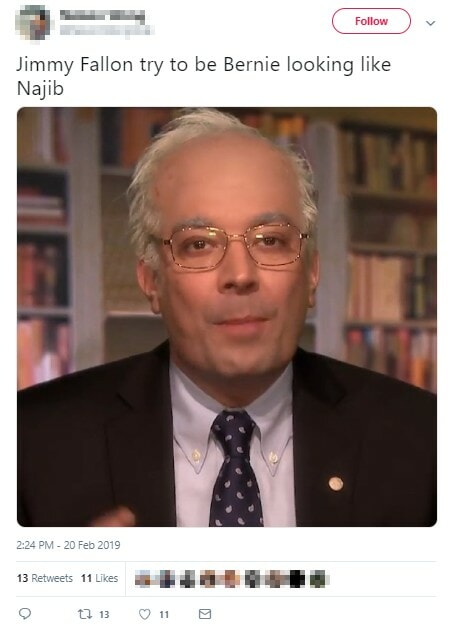 Well, Malaysians certainly have quite an eye for spotting the similarities between the two men and they also have a wicked sense of humour. You guys are da bomb!

If you haven’t watched the Bernie Sanders skit, you can do so here:

On a side note, did you know that Fallon once made fun of Najib in one of his opening monologues?

In his monologue, Fallon briefly mentioned that Najib, who was the prime minister of Malaysia at the time, visited Trump in the US. After that, his monologue was cut to a video which showed Najib and Trump at a meeting in the White House but the former Umno leader’s voice was dubbed in that video.

Well, I guess you could say Jimmy Fallon’s impersonation of Bernie Sanders also doubles as Najib Razak! What do you think of the similarities between the TV host and Pekan’s MP? Share your thoughts with us in the comments below. 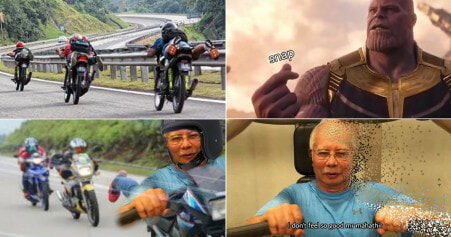