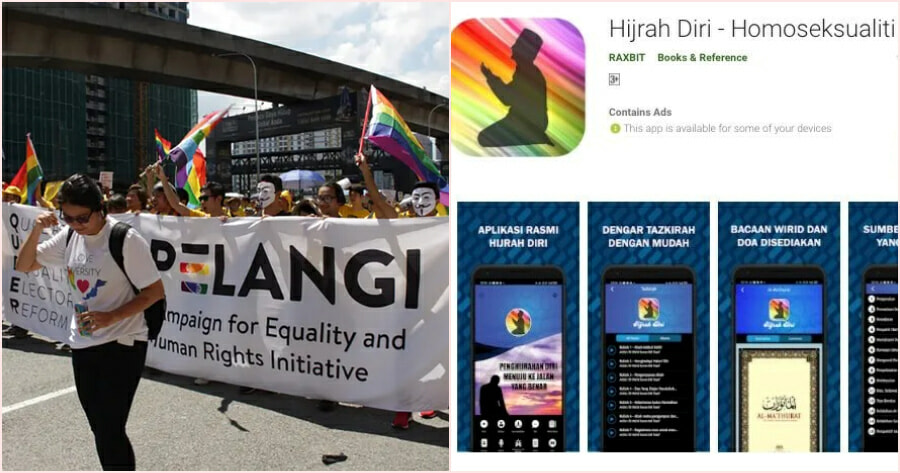 Recently,  JAKIM had announced their latest effort to save the LGBTQ among Muslims by introducing ‘Hijrah Diri – Homoseksualiti’, an application launched on the Google Play Store by JAKIM in collaboration with Yayasan Ihtimam Malaysia.

The application included an e-book that referred to a real-life experience of a homosexual man who has since repented and left the LGBTQ world, as well as videos on lectures about LGBTQ, feedback, prayers and papers regarding the view of the LGBTQ from Islam’s perspective. 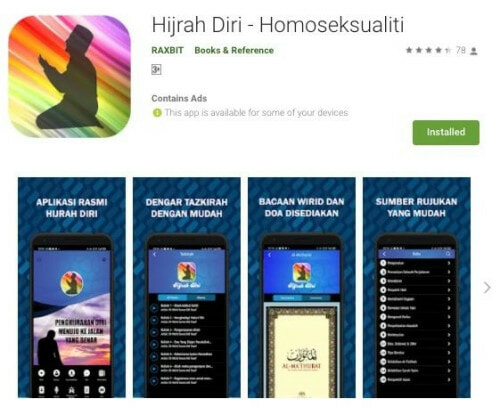 However, reports state that the app has since been removed from the app store after it was found to be in breach of the platform’s guidelines.

According to the Guardian, Google said, “Whenever an app is flagged to us, we investigate against our Play store policies and if violations are found we take appropriate action to maintain a trusted experience for all.”

The app has since been removed from the Play store as its guidelines do not allow apps “that attempt to deceive users or enable dishonest behavior including but not limited to apps which are determined to be functionally impossible.”

“Conversion therapy is a deeply discriminatory and harmful practice which can cause long-lasting damage to those who are subject to it. It has been criminalised in many countries,” she added.

“We call on the Malaysian authorities to immediately abandon its use of Hijrah Diri, and instead ensure respect and protect LGBTI rights in the country.”

Meanwhile, Numan Afifi who is the founder of LGBTQ rights group Pelangi Campaign, said Google and other platforms should improve the moderation of content they host on their platforms. 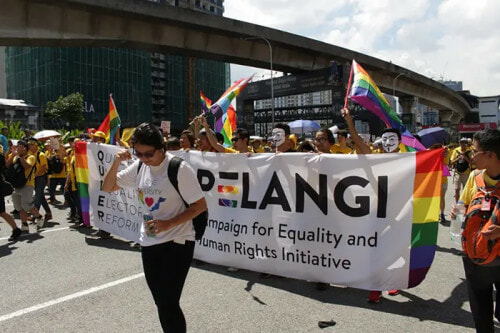 “Community groups that try to counter harmful material already face an uphill battle, including the risk of surveillance, censorship and raids on in-person gatherings,” he added.

“Now that the general election is looming I am pretty sure that the demonisation of the LGBT community is going to get more intense, especially among those who are trying to win conservative votes,” said Numan.

Do you think that this was a good move by Google to remove such apps? Let us know in the comments. 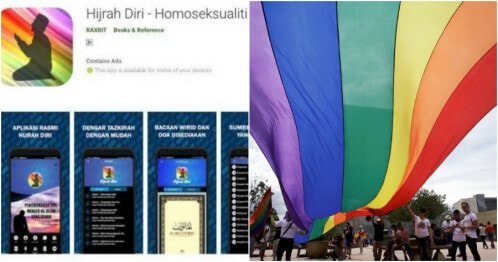