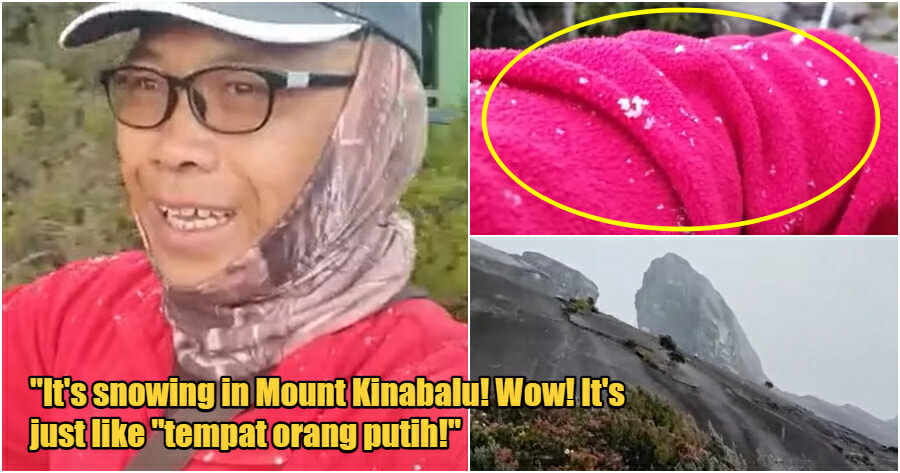 It snowed in Mount Kinabalu, Sabah this morning! And this time, it was for real.

A video capturing the snow at the highest mountain in Southeast Asia went viral this morning (28 February) and it was also shared by Facebook Page MOUNTAIN TORQ.

The person who recorded the incident can be heard reporting about the snow excitedly. 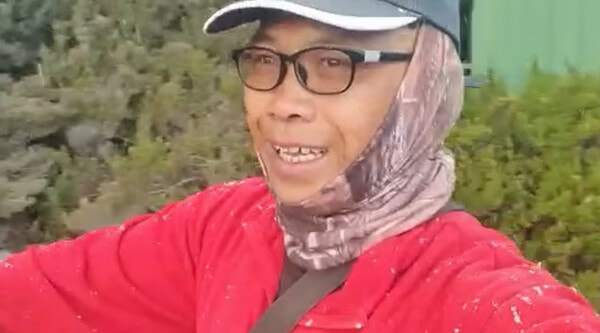 The video was captured by 46-year-old Hajiris Sulomin, Mountain Torq Via Ferrata trainer who revealed that the phenomena took place at 7:18am today and it lasted only for 2-3 minutes. Despite the snow being short-lived, it was enough to keep Hajiris and the other climbers excited for the rare and stunningly beautiful view.

It's snowing on Mt Kinabalu! 🤳by Liao

The last snow was almost 3 decades ago

The Chairman of Taman Kinabalu, Justinus Guntabid revealed that based on the records, a similar phenomenon took place in 1975 and once again in 1993. Since then, despite multiple snow reports, they were confirmed to be freezing process, until this morning which was indeed the snow.

As of 10am today, the recorded temperature at Mount Kinabalu was between 6.9 to 12 celsius, which was colder than usual.

“The climbers on top of the mountain this morning were lucky as this is a rare phenomenon,” he added.

We wish we were there this morning to witness this rare and beautiful view! It’s not every day that you get to experience real snow! 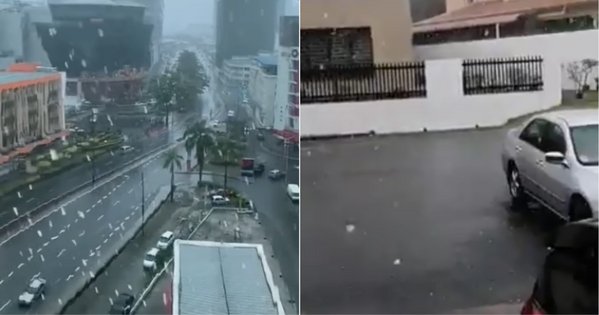