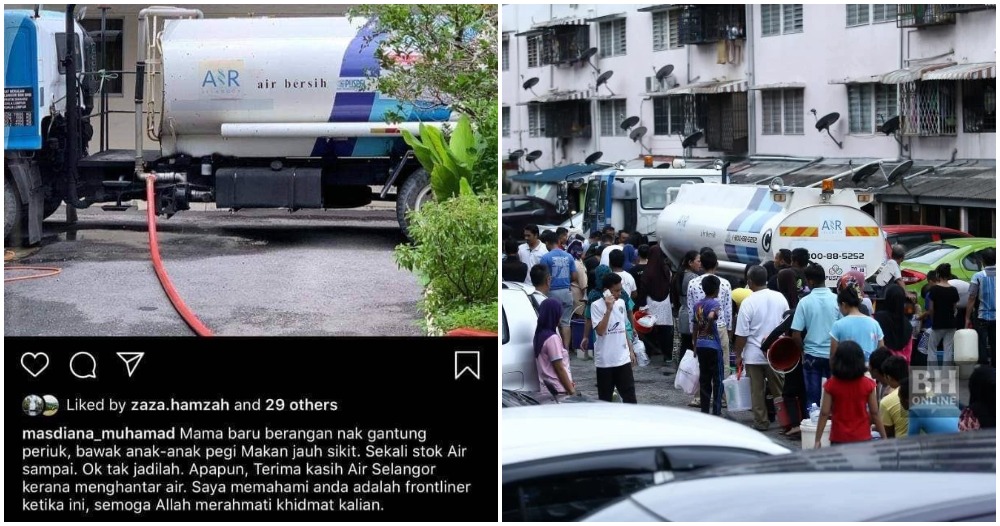 In the midst of the Klang Valley water disruption, the wife of the Menteri Besar of Selangor, Datin Seri Masdiana, took to her social media over the weekend to express her gratitude to Air Selangor for providing water to her home.

She posted a photo of a water tank from Air Selangor which quickly gained public backlash as netizens were disappointed that she had used her privilege for her own benefit. After receiving many negative comments on her post, Masdiana has since made a public apology on her Facebook page for being insensitive towards the people who were still suffering from the water disruption.

According to Astro Awani, Masdiana denied accusations that were thrown at her for using the water tank to fill up her swimming pool in her residence. She also stated that she personally went down to Air Selangor to help the frontline staff supply water, especially to single mothers and senior citizens.

The Menteri Besar Selangor, Datuk Seri Amirudin Shaari, also felt obliged to take accountability as well. However, he expressed that certain parties took the opportunity to attack him when the posts that his wife made went viral.

Despite the sudden attack made by the oppositions, he and his wife had already apologised.

Seems like a lesson is learned here. Sound off your thoughts in the comments below! 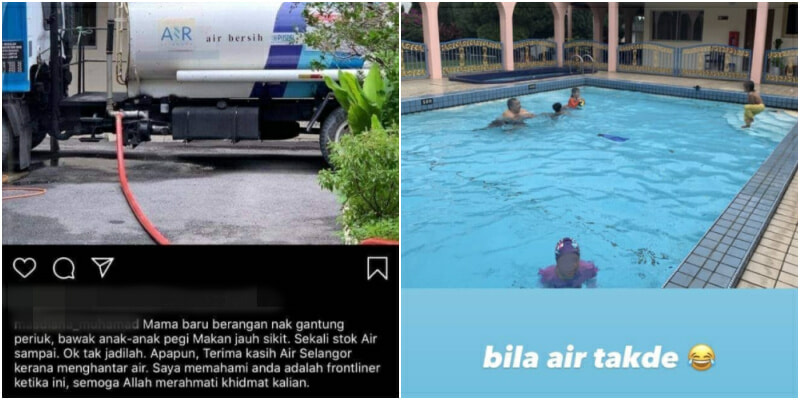