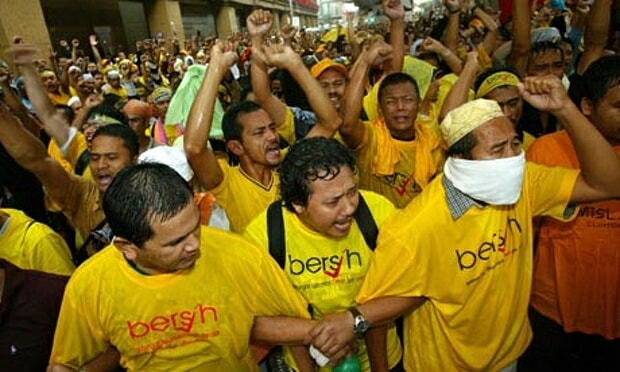 In an order released by the government today, Home Minister Ahmad Zahid Hamidi declares that yellow t-shirts with Bersih 4 printing are considered to be illegal items. This goes for any other printed material such as pamplets and banners.

The ban is expected to extend over 34 hours.

“I would like to say, there is nothing wrong in wearing the Bersih t-shirts,” she said.

“We are not going to the streets to defy the government but instead to demand for reform. We want an advancing Malaysia.

“By coming out, we are demanding that the government correct worsening political and economic situation so everything will be back on the track,”

“This is the decision we have to make,” she said.

Chin added, “Beside intimidation, they hope Bersih 4 will fail, but that is not going to happen.”