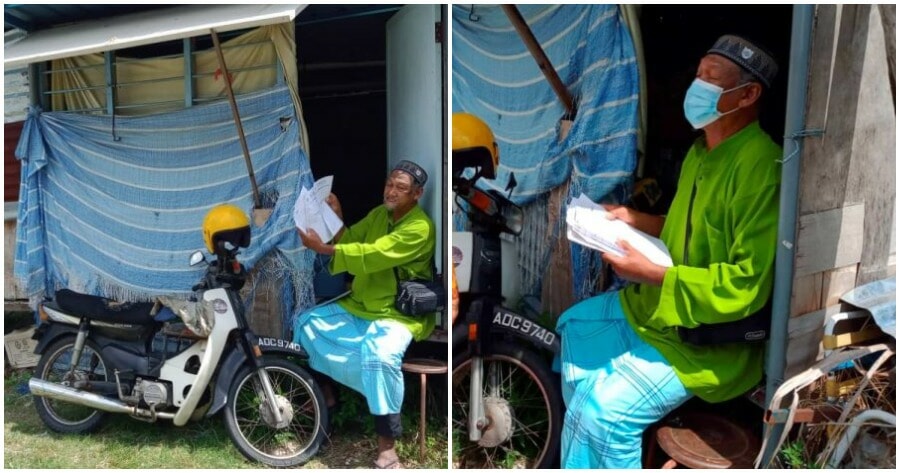 A 66-year-old senior citizen is barely surviving in a makeshift hut he built himself with recycled wood and zinc from his old house. Muhammad Yusof Jidan has been occupying the dilapidated hut ever since his house was demolished by developers a year ago. 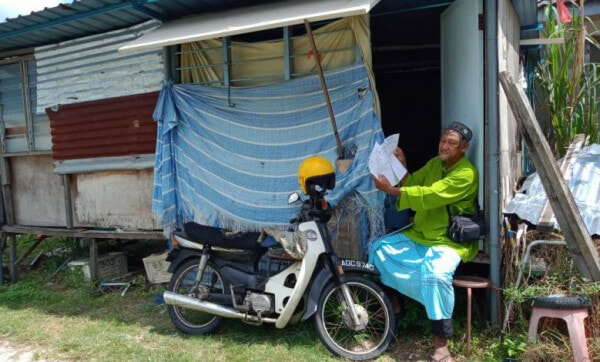 His current dilapidated hut looks like a goat’s pen and was built on another person’s land after he sought permission for it. His former residence which was built on government land at Kampung Sri Keramat near Pasir Puteh was demolished by a developer.

Muhammad Yusof, who lives alone, said he was only given RM1,000 by the developer when he was evicted while the replacement land (tanah ganti) that he should have received was not given. According to a letter distributed to residents in 2002 when the project was being planned, those evicted should have received compensation of RM10,000 or the equivalent of RM30,000 if the current value of the land is taken into account.

Muhammad Yusof explained that he used to temporarily stay at Surau Al Karamah in Kampung Sri Keramat before the Imam, Abdul Rashid Ali allowed him to build a hut on his land not far from the surau (prayer house).

“I bathe at the mosque, and if I experience stomach aches at night, I have to go to the surau as the hut only serves as a shelter. During the daytime, it is very hot while at night it is biting cold.” he said.

Muhammad Yusof, who works in the village and helps out at the surau, survives on monthly assistance from Baitulmal (a Muslim funding body for the welfare of Muslims) of RM300 and the Social Welfare Department (JKM) of RM500. He was once married but has no children and has been separated from his ex-wife for a long time.

He said he submitted applications for replacement land to the Chief Minister’s Office several times but has yet to receive a response. Despite being offered to live in a welfare home, Muhammad Yusof refused because he wanted to live independently like other people. He also said that if he were given a piece of land, he would gift it to the mosque after his passing.

Hopefully, this poor man receives the aid he rightfully deserves! What do you guys think of this?

Also Read: This Old Folks Home In Serdang Houses The Elderly For Free & They Need Your Help 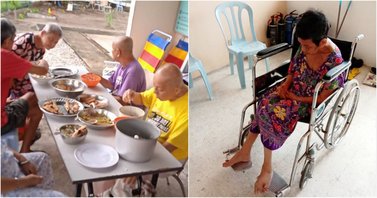