Malaysians debate a lot when it comes to whole halal and haram issues, such as the latest ‘Pretzel Dog’ one for example!

While Malaysians look to JAKIM’s certification, Indonesians look to the Indonesian Ulema Coucil’s (MUI). The MUI too has apparently issued several questionable fatwas recently, one of them including banning Pokemon GO!

One of the branches of MUI in Samarinda, East Kalimantan issued a fatwa against road speed bumps because they are harmful, reported Jakarta Coconuts.

The head of MUI Samarinda, Zaini Naim explained that if something takes lives then it is haram. However, he did not include any incidences of said claim. He instead gave an explanation of why they decided to implement this ruling.

“If a speed bump disrupts road users, then it’s makruh (advised against but not sinful). But, if it claims lives, then it’s haram.”

“In the time of the prophet, if there was a rock or even a wooden stick on the road, it must be removed.”

Of course, during the Prophet Muhammad’s time there were no cars and motorcycles around. And speed bumps are actually a safety precaution rather than a hindrance.

Surprisingly though, this fatwa was actually issued in 2013 and their recent announcement of this fatwa was just a reminder. MUI can only issue fatwas but they have no power to put them into practice.

“Our job is to give advice with fatwas. Its implementation is up to the government.”

Of course, this fatwa by Zainal has been clearly ignored. Take a hint, dude…

Jakarta Coconuts reports that this fatwa could actually just be Zainal’s personal grudge against speed bumps, as he had fallen off his vehicle twice before when going over them.

Maybe you could slow down when going over them then? 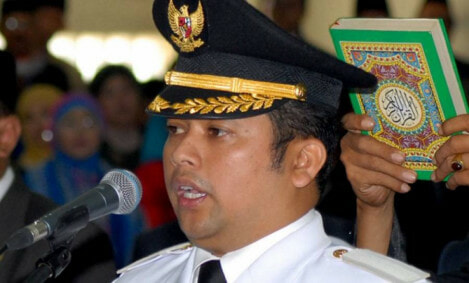