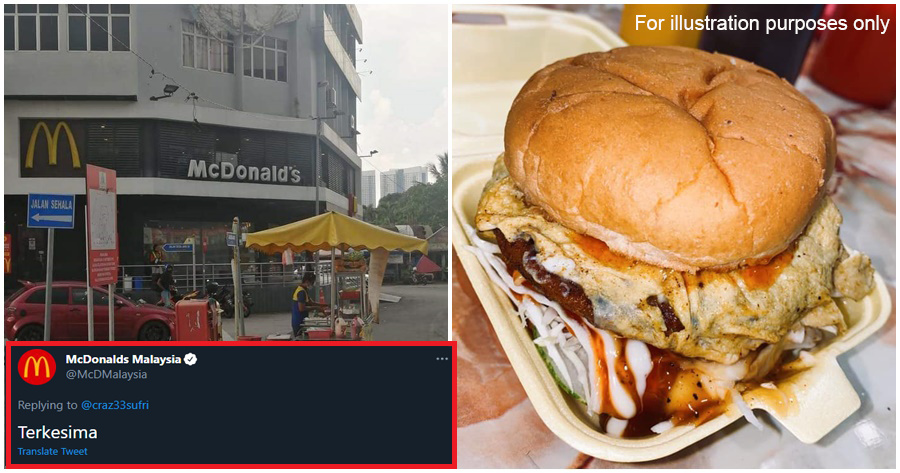 It takes REAL courage to compete against one of the most popular fast-food chains in the world so props to this local burger vendor for shooting his shot! 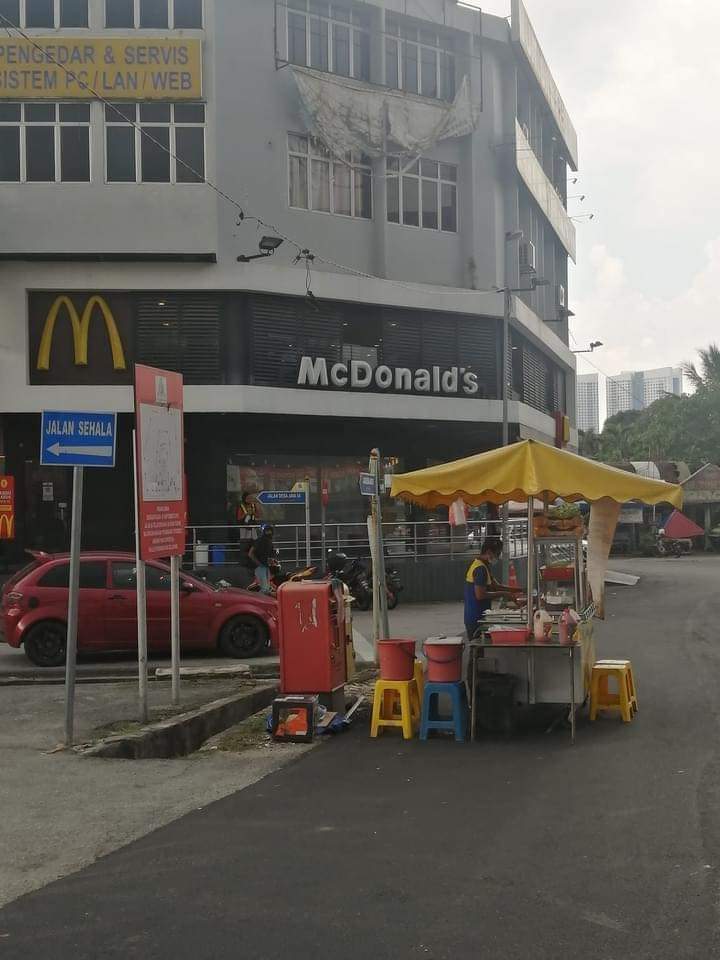 Everyone knows McDonald’s is a reliable go-to option if you’re looking for an affordable meal that’s quick. While some local food vendors might be too intimidated to market their products anywhere near the proximity of a globally recognised food franchise, one brave OTAi burger vendor decided to set up his stall right across from a McDonald’s branch in Kepong.

In a photo posted by Twitter user, Sufri (@craz33sufri) the humble OTAi burger vendor can be seen operating his stall just a few metres away from the McDonald’s branch. Sufri captioned the tweet with, “A rather daring attempt…” and it’s since been retweeted nearly 17,000 times with more than 35,000 likes.

As big as the McDonald’s fan base is, local burger sellers have their own loyal following and Twitter users took to the thread of the post to make sure others knew it!

“There’s also one called Daily Burger near Gombak that’s like this. Open opposite Mcdonald’s but there’s always a waiting line during lunch hour.”

“Of course, he should be daring! Burger Malaysia is more delicious!”

The tweet garnered so much attention that even McDonald’s responded to the thread.

Regardless if you’re a McDonald’s fan or a local burger stall fan, it’s great to know that local vendors and big food franchises can still have some friendly competition and support each other in these trying times for F&B businesses. 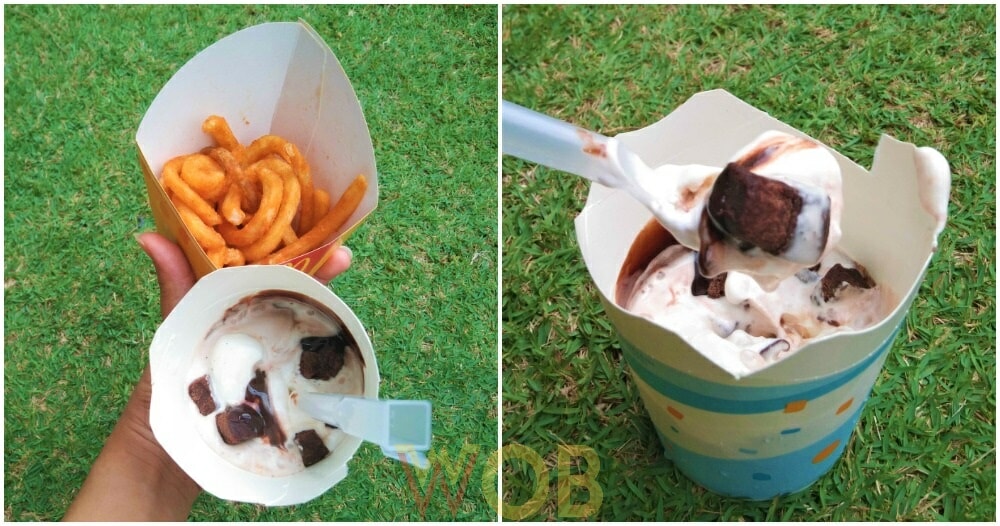